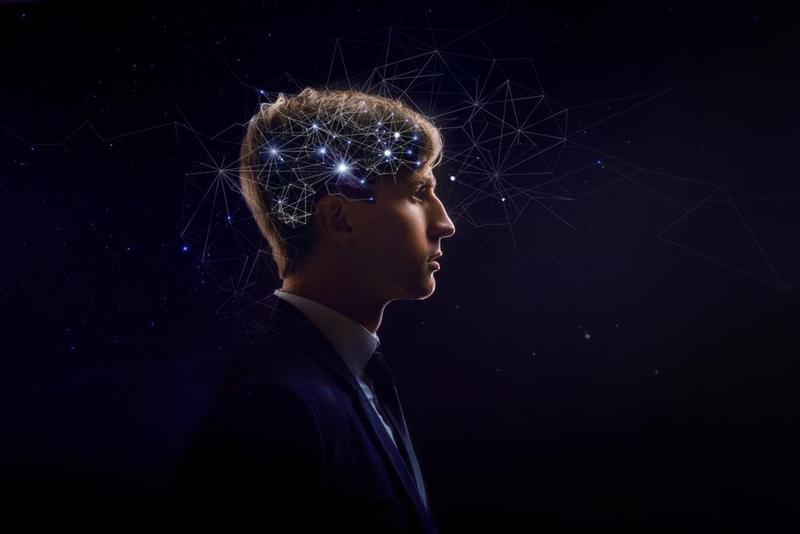 Why do creative and/or intelligent people often suffer from some kind of mental illness, or at least bouts of, if not a steady, depression?

Citing too many examples seems unnecessary as it's brought to mass attention enough — suicidal rock stars, mathematicians, alcoholic/drug-addicted artists, missing ears, and so on.

I've been interested in this topic for a very long time, and I wonder not only why the two seem to go hand-in-hand, but is there some causality? Is it that being different and therefore often ostracized for these differences makes one fall into depression? That doesn't seem to explain it — what about visionaries like Yayoi Kusama who were "insane" before their creative inclinations forced them to express what they imagined? Then, does that mean that most of these individuals are in some way "mad" to begin with, and therefore are able to come up with other ways of looking at things than those of us who think "normally"? A little while ago I came across this hour-long documentary about brilliant mathematicians who committed suicide, called "Dangerous Knowledge".

Not only is it tragic that our most brilliant thinkers fall into these states, but it makes the very thought of pursuing intelligence and going into any... well, I don't want to say career, in this case it's more like a life-long obsession, a love… but in any case, it's almost scary to even wander into "that field" knowing how one feels while there; knowing the effects that prolonged exposure had on others.

The other day, I finally found what might just be an answer — this article in Scientific American suggests that depression may have evolutionary roots, and gives what seems to be a highly sensical & probable explanation as to why thinkers tend to be more susceptible to depressive symptoms:

"One reason to suspect that depression is an adaptation, not a malfunction, comes from research into a molecule in the brain known as the 5HT1A receptor. The 5HT1A receptor binds to serotonin, another brain molecule that is highly implicated in depression and is the target of most current antidepressant medications. Rodents lacking this receptor show fewer depressive symptoms in response to stress, which suggests that it is somehow involved in promoting depression. (Pharmaceutical companies, in fact, are designing the next generation of antidepressant medications to target this receptor.) When scientists have compared the composition of the functional part rat 5HT1A receptor to that of humans, it is 99 percent similar, which suggests that it is so important that natural selection has preserved it. The ability to “turn on” depression would seem to be important, then, not an accident.

This is not to say that depression is not a problem.

Depressed people often have trouble performing everyday activities, they can’t concentrate on their work, they tend to socially isolate themselves, they are lethargic, and they often lose the ability to take pleasure from such activities such as eating and sex. Some can plunge into severe, lengthy, and even life-threatening bouts of depression.

So what could be so useful about depression? Depressed people often think intensely about their problems. These thoughts are called ruminations; they are persistent and depressed people have difficulty thinking about anything else.

Numerous studies have also shown that this thinking style is often highly analytical.

They dwell on a complex problem, breaking it down into smaller components, which are considered one at a time.

This analytical style of thought, of course, can be very productive. Each component is not as difficult, so the problem becomes more tractable. Indeed, when you are faced with a difficult problem, such as a math problem, feeling depressed is often a useful response that may help you analyze and solve it. For instance, in some of our research, we have found evidence that people who get more depressed while they are working on complex problems in an intelligence test tend to score higher on the test.

Analysis requires a lot of uninterrupted thought, and depression coordinates many changes in the body to help people analyze their problems without getting distracted. In a region of the brain known as the ventrolateral prefrontal cortex (VLPFC), neurons must fire continuously for people to avoid being distracted. But this is very energetically demanding for VLPFC neurons, just as a car’s engine eats up fuel when going up a mountain road. Moreover, continuous firing can cause neurons to break down, just as the car’s engine is more likely to break down when stressed. Studies of depression in rats show that the 5HT1A receptor is involved in supplying neurons with the fuel they need to fire, as well as preventing them from breaking down. These important processes allow depressive rumination to continue uninterrupted with minimal neuronal damage, which may explain why the 5HT1A receptor is so evolutionarily important." (Paul W. Andrews and J. Anderson Thomson, Jr., Scientific American, August 25, 2009)

If it is actually a selected trait, a feature rather than a a malfunction, it seems to be a little bit counter-productive... but, if it is true, then by the looks of it it means that the chicken-or-egg question is at least solved for this case, because they are not mutually exclusive but rather arrive at once, or, when one "needs" the other.

There is a book called The Courage To Be, in which theologian Paul Tillich writes about Anxiety and Courage, our constant battle with the former (mostly existential anxiety), and the effects of such (on the modern man).

“There is, however, one common denominator in all the theories: anxiety is the awareness of unsolved conflicts between structural elements of the personality, as for instance conflicts between unconscious drives and repressive norms, between different drives trying to dominate the center of the personality, between imaginary worlds and the experience of the real world, between trends towards greatness and perfection and the experience of one’s smallness and imperfection, between the desire to be accepted by other people or society or the universe and the experience of being rejected, between the will to be and the seemingly intolerable burden of being which evokes the open or hidden desire not to be. All these conflicts, whether unconscious, subconscious, or conscious, whether unadmitted or admitted, make themselves felt in sudden or lasting stages of anxiety.”

And then, this one speaks exactly about my initial questions — what is the place of neurosis within the creative; why is it there? — These are some sound answers:

"Anxiety turns toward courage, because the other alternative is despair. Courage resists despair by taking anxiety into itself …

This Analysis gives the key to understanding pathological anxiety. He who does not succeed in taking his anxiety courageously upon himself can succeed in avoiding the extreme situation of despair by escaping into neurosis. He still affirms himself but on a limited scale. Neurosis is the way of avoiding nonbeing by avoiding being. In the neurotic state self-affirmation is not lacking; it can indeed be very strong and emphasized. But the self which is affirmed is a reduced one … less than essential or potential being …

This limited extensiveness of self-affirmation can be balanced by greater intensity, but by an intensity which is narrowed to a special point accompanied by a distorted relation to reality as a whole. Even if pathological anxiety has psychotic traits, creative moments can appear. There are sufficient examples of this fact in the biographies of creative men. And as the example of the demoniacs of the New Testament shows, people far below the average can have flashes of insight which the masses and even the disciples of Jesus do not have: the profound anxiety produced by the presence of Jesus reveals to them in a very early stage of his appearance his messianic character. The history of human culture proves again and again neurotic anxiety breaks through the walls of ordinary self-affirmation and opens up levels of reality which are normally hidden …

The difference between the neurotic and the healthy (although potentially neurotic) personality is the following: the neurotic personality, on the basis of his greater sensitivity to nonbeing and consequently of his profounder anxiety, has settled down to a fixed, though limited and unrealistic, self-affirmation. This is, so to speak, the castle to which he has retired and which he defends with all means of psychological resistance against attack, be it from the side of reality or from the side of the analyst. And this resistance is not without some instinctive wisdom. The neurotic is aware of the danger of a situation in which his unrealistic self-affirmation is broken down and no realistic self-affirmation takes its place. The danger is either that he will fall back into another and much better defended neurosis or that with the breakdown of his limited self-affirmation he will fall into an unlimited despair.

The situation is different in the case of the normal self-affirmation of the average personality. That is also fragmentary. The average person keeps himself away from the extreme situations by dealing courageously with concrete objects of fear. He usually is not aware of nonbeing and anxiety in the depth of his personality. But his fragmentary self-affirmation is not fixed and defended against an overwhelming threat of anxiety. He is adjusted to reality in many more directions than the neurotic. He is superior in extensity, but he is lacking in the intensity which can make the neurotic creative. His anxiety does not drive him to the construction of imaginary worlds. He affirms himself in unity with those parts of reality which he encounters; and they are not definitively circumscribed. This is what makes him healthy in comparison with the neurotic. The neurotic is sick and needs healing because of the conflict in which he finds himself with reality. In this conflict he is hurt by the reality which permanently penetrates the castle of his defense and the imaginary world behind it…

There is a moment in which the self-affirmation of the average man becomes neurotic: when changes of the reality to which he is adjusted threaten the fragmentary courage with which he has mastered the accustomed objects of fear. ... make the average man a fanatical defender of the established order. He defends it as compulsively as the neurotic defends the castle of his imaginary world. He loses his comparative openness to reality, he experiences an unknown anxiety… This is the explanation of the mass neuroses which usually appear at the end of an era… 'periods of existential anxiety'."