Back pain? This vitamin could be natural way to relieve it 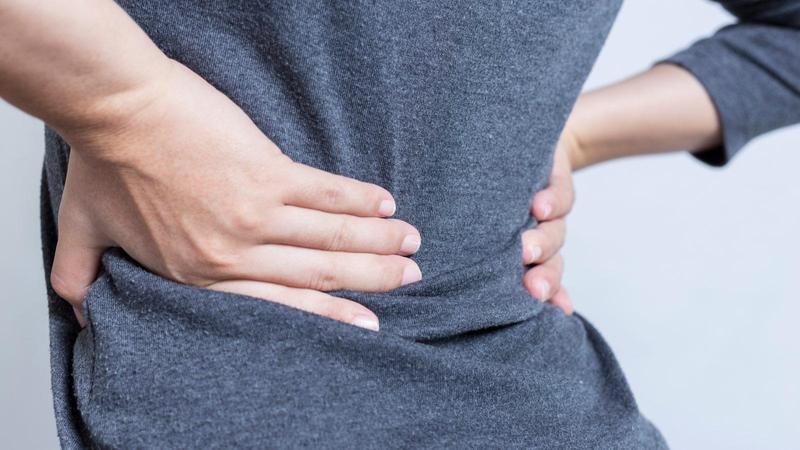 Back pain and osteoarthritis pain affect between 35 and 51 per cent of adults, according to research. However, instead of traditional painkillers, consuming more vitamin D could be a natural way to relieve pain-related conditions, including fibromyalgia and menstrual cramps too.

Up until now, long-term discomfort has been treated with pills - such as NSAIDs or opiate pain relievers - topical gels or even injections.

However a new study suggests that vitamin D may be as good for managing pain-related diseases.

The research published in the Journal of Endocrinology found that — in conjunction with a good night’s sleep — it could effectively relieve conditions such as back pain, fibromyalgia, arthritis, and menstrual cramps.

They discovered vitamin D can affect pain sensitivity through its influence on sleep and on inflammation.

Senior author Dr Monica Levy Andersen said: "We can hypothesise that suitable vitamin D supplementation combined with sleep hygiene may optimize the therapeutic management of pain-related diseases, such as fibromyalgia."

The researchers explained that while the role of vitamin D in our bone health was well-established, there is evidence to suggest that it influences other biological processes too - including sensory signals and sleep regulation.

They discovered vitamin D can affect pain sensitivity through its influence on sleep and on inflammation.

Sof Andrikopoulos, an assistant professor at the University of Melbourne in Australia, said: “A good night's sleep and normal levels of vitamin D could be an effective way to manage pain."

The researchers are calling for further research confirming how vitamin D - in its biologically active form - works to stimulate the anti-inflammatory response produced by immune cells, which reduces pain sensitivity, and, in turn, improves sleep quality.

They believe it could help ease the burden on healthcare.

This comes after recent research published in the British Medical Journal which revealed the vitamin could protect against colds and flu.

But, the best natural source is through sunlight.

However, due to the hectic lifestyle, office jobs and seasonal lack of sunlight it’s been suggested that the majority of adults are deficient.

It is now advised that every person over the age of four takes 10mg supplement of vitamin D every day.