Awaken and become aware that you are Being and not a tool
Sep 1, 2020

During
the awakening, you will have a chance to see your old selves. They will fight to stay alive and to cloud your real personality of loving being that is slowly awakening, shaping, and coming to life. That will be the last battle of your partial personalities and they will fight it to the last one. If they win, you will stay forgotten. If you awake and leave them, they will disappear. You will remember them but you won’t invite them to live never again.

With
watching and writing your thoughts, feelings, emotions, words, and actions in your diary of awakening you will make the first steps to become aware of Real You. First,
you will see the fragmented, shattered, and confused personality that you thought that was you. You will find out that there is not just one of you, but many. The number of your partial personalities depends on your way of living, how many you needed, and used. With learning about false selves as drama parts you will slowly recognize the real you as the Actor of roles.

You
will need some time to distinguish between Real You, Being of Pure
Awareness, mind as the tool for thinking, partial personalities as your
many and false old selves, body for moving and visitors from other
planets.

A mind is an impersonal tool for thinking with which you can think,
analyze, check, evaluate, comment, and plan your future activities.

Partial
personalities are relatively independent personalities. There are many of them and they are changing all the time. You think that you just feel different but in fact, there has been a change of personality.

You
are not awakened yet and you think that you are that ever-changing
feeling. You think that you are already an actor, but in fact, you are still just a patchwork of different drama parts of your partial personalities. As unawakened you are not You yet. Only with awakening and releasing of
all your partial personalities, you will become the Real Being, the Real
You. 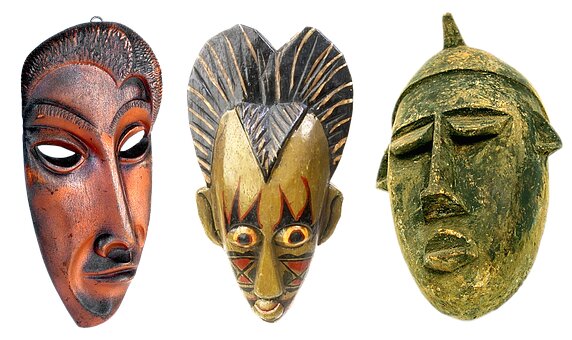 Unawakened
is aware of his ever-changing feelings and he thinks that he is whole as a person. In fact, he is divided and shattered personality to many partial pieces. Unawakened thinks that he is every one of his partial personalities. That is true until he is just a role, just a drama part.

Partial
personalities are relative persons because they depend on you (or on
»you« as another partial personality…, who can be the boss for a long time and doesn’t allow others to come on the scene).

If
you let yourselves to them, they will overtake you and become you instead of you. If you stop them and release them, you can feel their emotional resistance, dissatisfaction, anger, and other unpleasantries.

That is the main difference between partial personalities and impersonal mind as a tool.

Mind won’t mind if you stop it:)

Voices in the head

The
visitors from other planets or so-called voices in the head are independent beings, people like you and me, who was forced to harass you. Only those from Venera are coming here freely, more about them in the book Letters to Palkies.

They
are unaware and they let their harmful partial personalities to live
their lives instead of them. You can hear their thoughts, feel their
feelings and think that they are yours or and that you are them, but
they are not and you are not.

If
you are unawakened and you have two and for most of them Earthlings
invisible visitors from other planets, by your side, then you deal with
three minds, three collections of partial personalities, one, your physical body, and two energy bodies of your visitors.

Their
energy bodies are vibrating and shooting impulses to you so they energetically influence you. Especially the Evil ones, who are intentionally harmful and destructive. You will recognize them easily because they curse a lot.

They
will try to talk you to harmful actions, too. Don’t react and do nothing they tell you, except if it’s useful, of course. Their harmful words and suggestions write in the diary.

You
will need some time to distinguish between you as Being of Pure
Awareness, your mind as a tool, and eventual visitors and their words.
You will hear them as “your” own quiet thoughts and you will feel their
unpleasant energy and emotional impulses.

With awakening, you will more and more easily know who is who and what is what. One day you will separate yourself from everything that is not you.

This is the 2. of 5 parts from the free book You are not your mind You are Beautiful Being of Pure Awareness.

All the best to all.

To utilize the time we…

This session is for adults who are …

Reiki is one of the most popular Energy Healing methods in the world–it works long distance as well as it does in person.

Low energy or chronic fatigue explained from the point of view of traditional Chinese medicine.

This consultation will give you the tools to transform fatigue…

View All
2 min.
Neuropsychology
Mar 29 2018
Here is How Our Brain Decides What Is Important and What Is Not

The Wizard of Oz told Dorothy to “pay no attention to that man behind the curtain” in an effort to distract her, but a new Princeton University study sheds lig…

Widely known as the ‘part time diet’, the 5:2 diet requires you to eat five days a week and fast for the remaining two days. It also allows you to consume a st…

How To Create a Sacred Space For Your Tarot Reading

Whether you are a seasoned tarot reader, or you are thinking about scheduling your very 1st private tarot …

Nichole Edmond
United States of America
2 min.
Neuropsychology
Mar 29 2018
Here is How Our Brain Decides What Is Important and What Is Not

The Wizard of Oz told Dorothy to “pay no attention to that man behind the curtain” in an effort to distract her, but a new Princeton University study sheds lig…

Widely known as the ‘part time diet’, the 5:2 diet requires you to eat five days a week and fast for the remaining two days. It also allows you to consume a st…