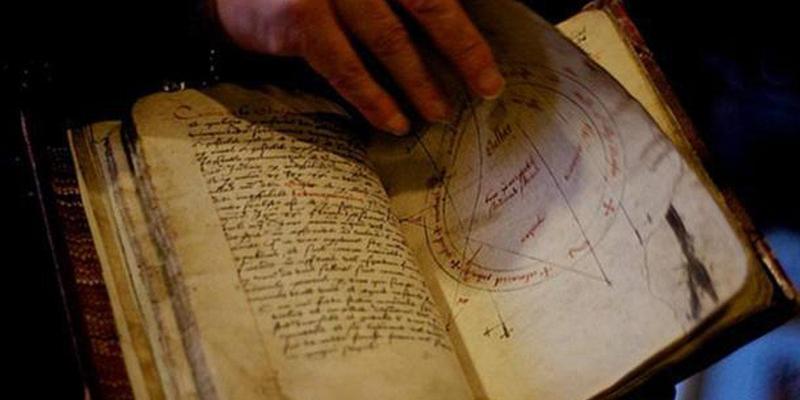 Over the centuries a lot of books have been written stating that loyal readers and followers of the text will be gifted with magical powers. In some cases these books are meant to invoke demons or angels. In other cases they promise to allow the reader enhanced skills or good luck.

While the concepts of magic and demonology stayed debatable through history, many such books were translated and compiled over time, extending their reach throughout several centuries. One of these books is the Ars Notoria.

The Ars Notoria is one of five books within a grimoire called the Lesser Keys of Solomon, or Clavicula Salomonis Regis. A grimoire is a textbook of occult knowledge which is meant to grant the reader the ability to cast spells, create talismans, invoke spirits, invoke demons, and perform divination. The Lesser Keys of Solomon is an anonymous grimoire that was compiled from other works in the 17th century, and focuses on demonology. The five books contained within the Lesser Keys of Solomon are the Ars Goetia , the Ars Theurgia-Goetia , the Ars Paulina , the Ars Almadel , and the Ars Notoria . The Ars Notoria is the oldest part of the Lesser of the Keys grimoire. It, in particular, was not a book of spells or potions, but a book of prayers and orations that are said to strengthen and focus one’s mental powers, by beseeching god for intellectual gifts. Among these intellectual gifts is the concept of a “perfect memory.” Those who practice liberal arts, such as arithmetic, geometry, and philosophy, are promised a mastery of their subject if they devote themselves to the Ars Notoria . Within, it describes a daily process of visualization, contemplation, and orations, which are intended to enhance the practitioner’s focus and memory. Also, the original texts were written in mash up of ancient Hebrew, Greek, and Latin. King Solomon himself used the original content of Ars Notoria to become as wise, compassionate and clever as he was made to be famous.

Another famous user of the Ars Notoria was John of Morigny, a 14th century monk. When he attempted to reach academic mastery, he bacema afflisted with demonid visions. He went on to create his own grimoire, Libor Visonum. He thought that the Ars Notoria worked but came at too high a price. There is a communication trick inside that modern readers will find fascinating. Labeled a ‘magnetick experiment’, details how to use a lodestone and two compass needles to communicate great distances. If the two needles are rubbed against the same lodestone (a lodestone is a natural magnet), the needles will be ‘entangled’. In this fashion, if one needle moves the other does as well. By placing the needles in the center of a circle of letters and pictures, two individuals across great distances, could talk to each other by spelling out words. The book has many clever ideas and notions that were ahead of its time. It was also attached to prominent occult and political names. All this combined with the fact we discussed earlier, that many people can’t read, lead people to believe it had magical properties. The expansion of perspective and attainment of knowledge made others believe that the book itself was magical. If we were able to get an unabridged and original copy of the book, then my mind could be easily changed. If the book did have inherently dangerous information, authorities of various types would have worked to contain and limit the public’s access to this information.

“…The Notory Art revealed by the Most High Creator to Solomon. In the Name of the Holy and undivided Trinity, beginneth this most Holy Art of Knowledge, revealed to Solomon, which the Most High Creator by his Holy Angels ministered to Solomon upon the Alter of the Temple; that thereby in short time he knew all Arts and Sciences, both Liberal and Mechanick, with all the Faculties and Properties thereof: He has suddenly infused into him, and also was filled with all wisdom, to utter the Sacred Mysteries of most Holy words…”

“And know this; that if thou hast not the books in thy hands, or the faculty of looking into them is not given to thee; the effect of this work will not be the lesse therefore: but the Orations are twice then to be pronounced, where they were to be but once: And as to the knowledge of a vision, and the other virtues which these Holy Orations have; thou maist prove and try them, when and how thou wilt.”