Are You at Risk for MERS? 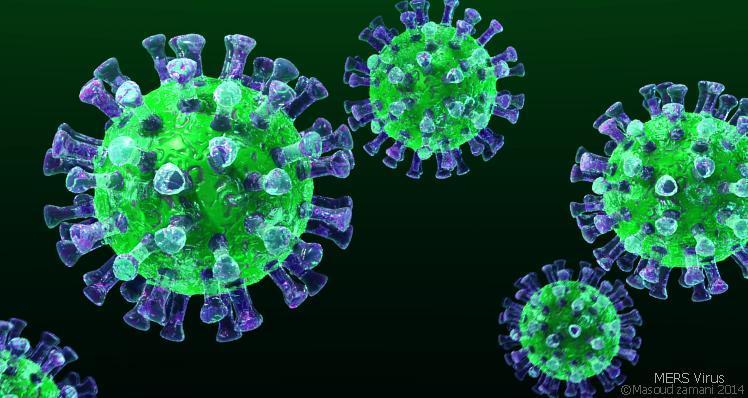 By early June 2015, South Korean officials quarantined thousands of people for fear of MERS infection. Previously, this respiratory virus was usually isolated to the Arabian Peninsula. However, in late May 2015, a 68-year-old Korean man returning from Saudi Arabia managed to expose healthcare workers at 3 hospitals to this potentially deadly virus before being properly diagnosed and isolated. Now, people from countries all over the world fear another SARS-type outbreak circa 2003.

Middle East R espiratory Syndrome or MERS for short is a coronavirus which is spread through the air. Infected people breathe off respiratory droplets containing the virus. These droplets either directly infect those in close contact or attach to fomites or objects like phones and dishes and infect others in this way Interestingly, camels have also been implicated in the spread of MERS, and people who are visiting the Middle East are cautioned to avoid interacting with these animals, drinking their milk and eating undercooked camel meat. (Yes, people eat camel meat.)

MERS was first formally diagnosed in Saudi Arabia in September 2012. (Although never formally diagnosed, MERS is thought to have first appeared in Jordan in April 2012.) MERS infects indiscriminately, and people who have fallen ill to this virus range in age from 0 to 99-years-old. Ever since 2012, MERS has killed about 400 people in Saudi Arabia.

In some people, MERS causes no or mild disease. In others, however, the MERS virus causes fever, chills and shortness of breath. Other possible symptoms include nausea, vomiting, pneumonia and kidney failure. In about 30 to 40 percent of those infected, MERS is deadly. MERS is especially deadly in those with weakened immune systems, or people who have co-morbid (medical jargon for pre-existing) diseases like diabetes, lung cancer or kidney dysfunction.

How is MERS diagnosed?

MERS is diagnosed using a combination of history, physical exam and laboratory testing. In particular, if you have recently traveled to the Middle East and are experiencing respiratory symptoms, then your physician should consider this diagnosis and order a reverse transcription-PCR assay. (In 2013, after the FDA issued and Emergency Use Authorization, the CDC supplied the hardware for MERS testing to major hospital centers throughout the world.)

In those infected, MERS usually takes about 5 to 6 days to incubate. However, in some, the disease has shown up as early as 2 days or as late as 14 days post exposure.

How is MERS treated?

Although the CDC is considering the development of a MERS vaccine, no specific treatment for MERS currently exists. Instead, people with this illness are provided supportive care which includes fluids, ventilation and so forth. Furthermore, people in areas where MERS is prevalent are encouraged to wear a face mask around those possibly infected. At-risk people should also judiciously disinfect, keep their hands clean and avoid close personal contact like kissing and sharing utensils with people who may have MERS.

Although people with MERS nave apparently been quarantined and treated at home, if this disease ever becomes a real problem in the United States and other developed nations, we're probably looking at a SARSesque scenario. Specifically, people with MERS will need to be isolated in a hospital room equipped with independent aeration. Moreover, healthcare workers caring for patients with MERS will need to wear masks and take other barrier precautions. Finally, strict procedural protocols will also be needed in order to keep ventilators, nebulizers and so forth thoroughly sterilized.

Are you at risk for MERS?

Before the most recent outbreak in South Korea, people outside of the Middle East were considered at low risk for exposure to MERS. For example, to date, there have been only 2 cases of MERS in the United States, both among healthcare workers returning from the Middle East. Typically, people with MERS had gone on only to at most infect one other person. However, the rapid spread of MERS in South Korea has public health officials and epidemiologists the world over reconsidering the threat of this virus.

Experts are wondering whether the cases in South Korea were caused by a mutated and more virulent or deadly strain of the disease. Experts also wonder whether patient zero in the South Korean outbreak, the 68-year-old businessman, is a "supercarrier" because he has gone on to infect several people (including his son). In other words, this man may carry higher viral loads in the respiratory droplets he breathes out. Finally, some experts postulate that Koreans themselves have increased susceptibility to the disease.

Although the vast majority of Americans and Europeans are likely still at little risk for MERS, the CDC and other health and government agencies are on alert for possible spread among people traveling to Western countries from the Middle East and now South Korea. Most importantly, however, the CDC is not recommending that anybody alter their travel plans. Of note, returning travelers with respiratory symptoms could be quarantined for up to 2 weeks.

All things considered, you're likely at little risk for being infected with MERS especially if you haven't traveled abroad.

If you or someone you love is experiencing respiratory symptoms and has just returned from the Middle East, South Korea or any country that's experienced a recent MERS outbreak, it's important to inform a physician immediately. Additionally, it's imperative that you inform clinic or hospital staff that you suspect this illness so that healthcare personnel can take necessary precautions, and other patients can be cleared from the area before you come in.

Please note that as soon as you suspect MERS, you should travel only to the hospital and steer clear of other public places. Public exposure can result in a healthcare crises. For instance, South Korea had to shut down thousands of schools and hospitals for fear of rampant spread of MERS.