Home/Articles/Apple Seeds and Cancer: What the Government Has Been Hiding From You for Years

Apple Seeds and Cancer: What the Government Has Been Hiding From You for Years 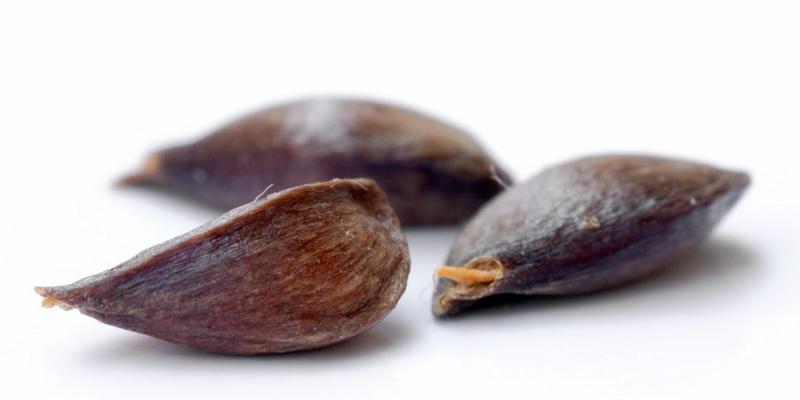 The mere mention of consuming apple seeds, cherry pits, apricot seeds, or bitter almonds tends to cause almost panic attacks or angry reactions in some. Why? Cyanide is in them. So they’re justified in freaking out, right?

As a rumor based on too little knowledge, their concern is understandable. All you have to do is Google cyanide alongside any of the foods mentioned above and you’ll get a plethora of articles that all support the cyanide dangers from those seeds and nuts.

Some say that your body quickly detoxes the compounds containing cyanide. Others say that you will get free cyanide when your body metabolizes those compounds. Most concede that it would take a heck of a lot of pits, seeds, or bitter almonds to poison you.

But as the saying goes, “a little knowledge is a dangerous thing.” In this case the fear of fruit seeds and bitter almonds and other nuts is based on incomplete data. The compound containing cyanide is amygdalin.

Thousands have used apricot seed kernels to eliminate cancer. They didn’t die from cyanide poisoning. They were cured without negative side effects. This wasn’t accomplished by consuming a couple every week, but dozens daily for months. (Sydney Herald source below)

So why weren’t they weren’t poisoned? The amygdalin compound has four molecules. Two are glucose molecules. The other two are cyanide and benzaldyhide. The last two are scarycompounds, except for a couple of unusual metabolic activities: they are released by and into cancer cells only. Otherwise, they remain in the amygdalin compound and are passed through. It’s a very clever arrangement. The cancer cells depend on fermenting sugar (glucose) for their energy instead of oxygen.

So the cancer cells attract the amygdalin compounds for their glucose, but are whacked when they metabolize those compounds that free the benzalldyhide and cyanide. The glucose is the sugar bait. Cancer cells contain an enzyme that is not found in healthy cells, beta-glucosidase.

The beta-glucosidase enzyme “unlocks” the amygdalin compound, releasing the deadly toxins within the cancer cell. Only cancer cells metabolize amygdalin. Healthy normal cells don’t. Most non-cancerous cells contain another enzyme, rhodanese. Free cyanide molecules are bound to sulfur molecules by rhodanese, creating harmless cyanates that are eliminated in the urine.

This is the little bit of knowledge that those “scary” articles reference when they say a little bit of cyanide is easily detoxed by your body. But the complete function of amygdalin is hidden because the fact that laetrile or B17, a concentrated extract from apricot amydgalins, can cure cancer is taboo.

Laetrile or B17, was developed by San Francisco researcher Dr. Ernst Krebb in 1952 by liquefying and purifying amygdalin from apricot seeds so it could be injected into cancer patients. Dr. Krebb injected himself to assure laetrile’s safety, and Dr. John Richardson proved its efficacy by curing several cancer patients in San Francisco with laetrile.

In 1971, laetrile was banned. Dr. Richardson called on investigative journalist G. Edward Griffin to publicize the merits of laetrile or B17 derived from apricot seeds. Griffin discovered that the Sloane-Kettering Institute’s laetrile trials leading to the FDA ban were bogus.

Sloane-Kettering spokesperson Dr. Ralph Moss refused to lie about laetrile and left Sloane-Kettering in disgust. He slipped Griffin unpublicized papers scientifically proving laetrile actually worked. This led to Griffin’s book A World Without Cancer, where you can read much more about the amygdalin cancer curing story.

If not promoted as a cancer cure, apricot seeds aren’t banned. Avoid sugar while attempting to cure cancer with any method.