An Introduction to the Structure of Enochian Magick 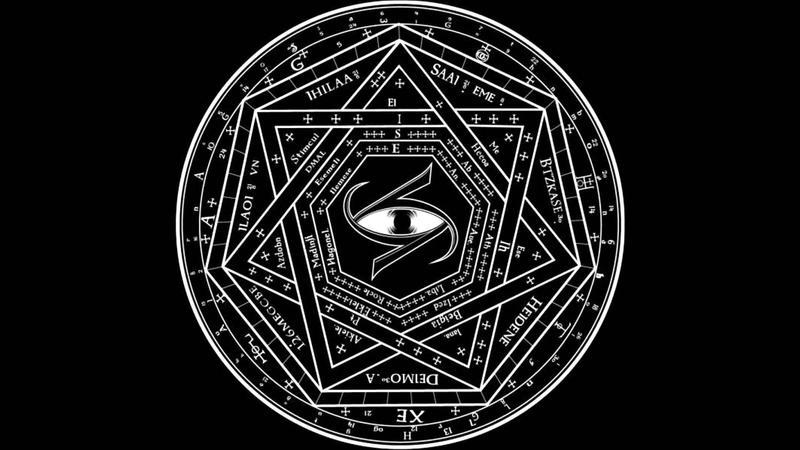 heartily encouraged. It is dedicated to my Sisters and Brothers in the Hermetic Brotherhood of Light.

The student of Enochian magick is initially faced with the often-bewildering complexity of its structure. Studying the published manuscript records of John Dee and Edward Kelly can be more confusing than helpful and often yields information that is at variance with the chief expositors of the system: the Golden Dawn and Aleister Crowley. The Golden Dawn system offers elegant solutions to many of Enochian magick’s seeming incongruities, but these often differ with instructions given by the Angels in Spirit Actions received by Dee and Kelly and sometimes with essential details in the delivered materials themselves. Later reconstructionists such as the Aurum Solis and Donald Tyson address some of these problems but leave many of them unsatisfactorily resolved. It is the purpose of this work to analyze this material and explain it in a useful and coherent manner for the use of both the student of

the system and the practicing ceremonial magician.

For convenience’s sake, the entire system of Enochian magick can be divided into three meta-structures and these sets correlate to the three classic divisions of Hermetic Science and magick: Zodiacal, Planetary and Elemental. The distinctions between these structures

is necessarily not clear-cut, as each structure within the system is connected to other parts within its own subset and various significant parts are interconnected to parts within the other main meta-structures, interweaving the parts into a complex but harmonious

whole. These three divisions are:

Zodiacal: The Aires or Aethyrs

Planetary: The Sigillum Dei Aemeth and Heptarchial systems Elemental: The Watchtowers including the Round Table of Nalvage

Thesystemofthe301 Aires2 includesasubstructureofGovernors3 andPartsofthe Earth by which it is intimately tied to the Watchtower structure, and these in turn are correlated to the 12 Tribes of Israel and a system of angelic governance, peculiar to Enochian magick. This twelve-fold angelic rulership is the key by which the astrological associations are related to the parts of this aethyric system. The Keys of Calls form the introduction and a part of this structure but also provide a further intersection with the Watchtower hierarchies that are, metaphysically speaking, below and within the Aires in the overall cosmological geometry of Enochian magic.

The Sigillum Dei Aemeth and the various heptarchial elaborations form an extremely complex system of planetary and sevenfold magikal structures. This is the earliest received portion of the entire system. It is related not only to the science of alchemy and the traditional seven-fold systems of Hermetic Science but to the various complexes of sevens that permeate biblical symbolism, from the seven days of creation in Genesis to the multiplex seven-fold combinations of Revelation. The mythos of these paradigms is combined with its own unique imagery and Britannical historiography4 to explicate its often nearly impenetrable mysteries. Each of its parts has its own talismanic geometry and cryptographic liturgy. These discrete artifacts delineate each part but as above they are interrelated: within themselves, with other parts of this subsystem and not only to the other meta-systems of Enochian magick but to identifiable structures without it, including works published by Dee in his own lifetime, Qabala, Biblical symbolism, Hermetic science and magick (such as Agrippa5 , Bruno6 , Trithemius7 , Abano8 , Ptolemy9 etc.), Alchemy, Astrology, Astronomy etc. The various parts that are inclusive of the whole within this heptarchial structure are:

The Holy Table, containing the 7 Tablets of Creation, and connecting The

Mystical Heptarchy & The 49 Good Angels with The Lamen.

The Book of Enoch Elemental System

The Watchtower structure is probably the most familiar part of Enochian magick. It has been popularized by the Golden Dawn and its descendants. In fact much of the material presented in the initial degrees of these orders, such as the Lesser

Rituals10 , are designed to prepare the student for working with the ultimate integration of the various symbols of Hermetic and Cabalistic magick that is the heart of the second order of the Golden Dawn11 . This integration and correlation of symbols is sometimes naturally derived from the angelic communications, sometimes based on the geometric indications in the Dee corpus12 and sometimes the wholly synthetic creation of the chiefs of the Golden Dawn. There are significant problems with much of this synthetic material13, including the correlation of the Keys to the divisions of the Watchtowers,

the derivation of angelic hierarchies and the directional mechanics of the Watchtowers themselves.

These problems will be elucidated and some solutions offered in the analysis of The Watchtowers, which follows this introduction and overview.

The Watchtower structure begins with the Round Table of Nalvage and progresses to the construction of the Watchtowers themselves, where the Calls or Keys are both related and divergent. The Watchtowers are themselves complex magikal figures from which lengthy hierarchies of angels can be derived. It should also be noted that the hierarchies thereof are related not only to the symbolism of

the biblical books of Revelation and Ezekiel but provide geometric means of associating and conjuring various complex combinations of elemental, sub-elemental, planetary and zodiacal forces.

In the chapters following, each of these divisions will be dealt with in detail and the mechanics and literature of each analyzed. This analysis will proceed, naturally, from the Watchtower hierarchies of the elemental realms of the Earth through the planetary spheres of the Sigillum Dei Aemeth and the various heptarchial structures related to it, to the aethyric realms of the 30 Aires. The divisions of the Aires will then be correlated back to their earthly junctions within the network of the hierarchies of the Watchtowers showing how each part of the system is a thread in the complex tapestry that makes up the structure of Enochian magick. All of the available literature and approaches will be explored, the logic and problems with each explained and some new hypotheses proposed. These will be elucidated by exercises that will lead students to a greater understanding of each part in turn.

The student would do well to acquire either Geoffrey James’ Enochian Magick of John Dee and/or Robert Turner’s Elizabethan Magic and Heptarchia Mystica as a textbook of the system. Many of the axioms for understanding the logic of Enochian magick are derived from the works of John Dee14 and the Spirit Actions themselves15 , so the student is advised to begin collecting this material, as they are able. Beyond that, the serious practitioner of the Enochian system will want to scrutinize many of the other contributions, but these will be dealt with in turn in the following overview. In order to fully appreciate and operate the intricacies of Enochian magick, a basic understanding of Euclidean geometry, astronomy, astrology, logic, grammar and the renaissance magikal point of view is vital. The student is encouraged to acquire a straight edge, compass and the books of Euclid16 and begin the process of construction indicated therein. Beyond that, some indications are given in the notes herein and in the material that will follow, but the student is left to their own ingenium to devise a course of studies that will fill in the gaps of knowledge and understanding as they arise.