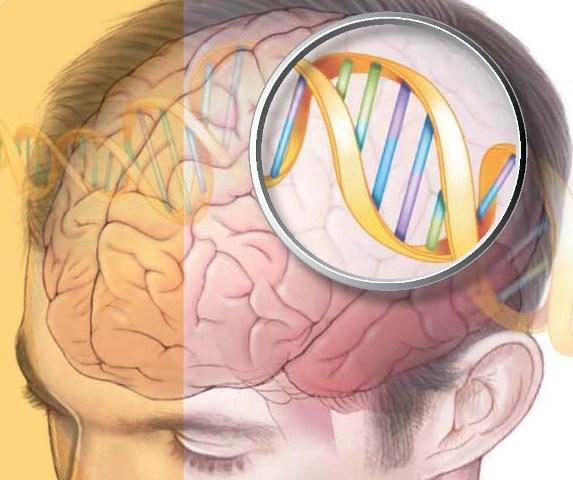 The Alzheimer’s gene, which dramatically raises the risk of developing dementia, is already affecting carriers by the age of three, shrinking their brains and lowering cognition, a new study suggests.

Children who carry the APOEe4 gene mutation , which raises the chance of dementia by 15 fold, were found to do less well in memory, attention and function tests.

Areas of the brain affected by Alzheimer’s disease, such as the hippocampus and parietal gyri, were also found to be up to 22 per cent smaller in volume.

Around 14 per cent of people carry the APOEe4 mutation. The research is the first to show that genetic changes which can lead to Alzheimer’s are already affecting the brain extremely early in life.

Scientists from the University of Hawaii, Yale and Harvard say screening for the gene could help doctors identify which children could benefit from early interventions, such as educational help, preventative treatments, health monitoring and increased exercise.

The study involved 1,187 youngsters between the age of three and 20 who took part in genetic tests and brain scans as well as undertaking a series of tests to measure their thinking and memory skills.

The children had no brain disorders or other problems which might have affected their brain development.

There are currently 850,000 people living with dementia in Britain which is due to rise to one million by 2025 and two million by 2050. The most common kind of dementia is Alzheimer’s disease. But scientists are still struggling to determine what causes the condition, and despite 412 drug trials, nothing has been shown to combat the disease so far.

The researchers think that the APOEe4 gene slows brain development and could be a target for future medication. APOEe4 is also known to make people more susceptible to disease and some scientists think that Alzheimer’s could be triggered by an infection and might be fought with antibiotics.

Ian Le Guillou, research officer at Alzheimer’s Society said: "These interesting findings suggest that people with the APOEe4 gene - which increases the risk of developing Alzheimer's disease - have differences in their brains from childhood.

"However, we need to be cautious in interpreting these results as although this study involved over 1,000 children, there were less than 30 in the highest-risk group. We would need to see these results replicated in a larger group, as well as having longer term follow-ups to better understand how the changes in the brain progress with age.

"Everyone's brain is slightly different and the trends found here could only be seen by taking the average across many people.

“Although people with the gene are at an increased risk of dementia, there are still things they can do to lower their chances of developing the condition. This includes taking regular exercise, not smoking and keeping their blood pressure in check."

Dr Simon Ridley, Director of Research at Alzheimer’s Research UK, added: "This research suggests that the APOEe4 risk gene may have an impact on the brain from childhood, but as the study only presents one snapshot in time, it’s hard to know how these brain differences in childhood may play out as these children develop during their lives."

The research was published in the journal Neurology.

by Sarah Knapton For The Telegraph