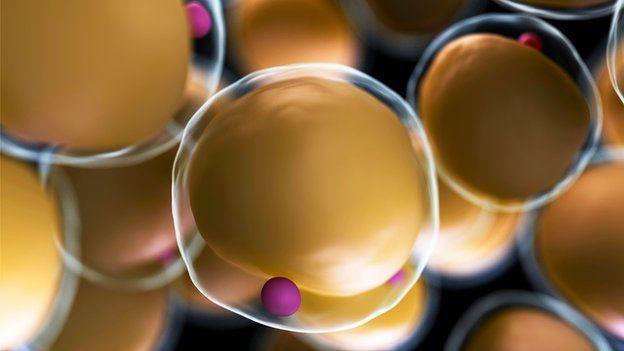 Most people are well aware of the ever-increasing number of adults and children alike who suffer from obesity these days. It would be the understatement of the century to say we have a problem on our hands. It is also well known that there exists a strong link between diabetes and heart disease when it comes to our expanding waistlines, but new research is showing that our risk for suffering from allergies may be greatly increased with the size of our fat cells.

In 2008, the Centers for Disease Control and Prevention (CDC) released a report showing that about 34.9 percent of the U.S. population today is obese, which accounts for a whopping medical treatment cost burden of about $147 billion.1 Since that time, the obesity problem has continued to grow (no pun intended) right along with the costs.

So what do all of these stats have to do with us clawing at the television every time we see another antihistamine commercial playing? A lot! It turns out that right along with the growing trend in obesity, we have also seen a drastic rise in the prevalence of allergies—especially those related to common foods. According to Food Allergy Research and Education, over 15 million people now suffer with food allergies.2 To put things in perspective, we need to first connect the dots and understand if and how obesity inhibits our allergic response and predisposes us to various allergies.

The Journal of Allergy and Clinical Immunology has explored this concern through a publication based on the National Health and Nutrition Examination Survey. A sample group of obese subjects between the ages two and nineteen were chosen for the study. The researchers sought to look at the association between obesity and immunoglobulin E (IgE) levels. IgE level indicates the allergic activity that takes place in the human body. Based on the IgE activity, the researchers concluded that obesity could have a direct relationship with allergic diseases in children, particularly when it comes to food.

According to the latest stats from the Asthma and Allergy Foundation of America, 44,000 people have asthma attacks, 36,000 children miss school, 27,000 people miss work, and nine people die due to asthma every day. It is also considered a contributing factor for over 7000 deaths each year. The most concerning fact here is there is evidence to suggest obesity plays a major role in asthma by weakening the body’s allergic responses.

A study published by Harvard School of Public Health indicated that adiponectin—a metabolic hormone produced by the fat cells, which has anti-inflammatory properties—could exert a positive reaction when it comes to allergic induced airway inflammation. Obese people tend to have lower levels of this anti-inflammatory hormone, which places them at a much higher risk for allergic asthmatic reactions.4 It is important to understand that when a person suffers an asthmatic attack, the difficulty in breathing is caused mainly because of excess inflammation in the airways. With the absence of adiponectin to alleviate this, the effect of the asthmatic attack goes somewhat unhindered in those who carry too much body fat on their frames.

Even the medications such as inhaled steroids for asthma are less effective in overweight and obese children. A 4-year National Institute of Health (through its Childhood Asthma Management Program) study on overweight and obese children looked at hospitalizations and ER visits due to asthma. The study showed that inhaled steroids were less effective on the overweight and obese kids compared to children who were of normal weight.5 Asthma is the most common chronic condition in children today and is often triggered by allergies, which makes the ineffectiveness of medications due to obesity a concerning fact.6

The question that we must ask ourselves is, “Does weight reduction help in controlling asthma and allergic responses?” A study by the University of Newcastle says, “Yes.” 7 The study was conducted over a period of 10 week pilot study where the weight of asthmatic children was brought down through dietary intervention. The results concluded that diet-assisted weight loss could drastically affect the clinical outcome of asthmatic obese children. So, ultimately, the impetus is on adaption of a healthy diet and active lifestyle, which ultimately helps our children and us stay lean, and living a leaner life also helps us control the rate of allergic reactions. Talk about a WIN, WIN scenario!