A way To Treat Bacteria Without Antibiotics? 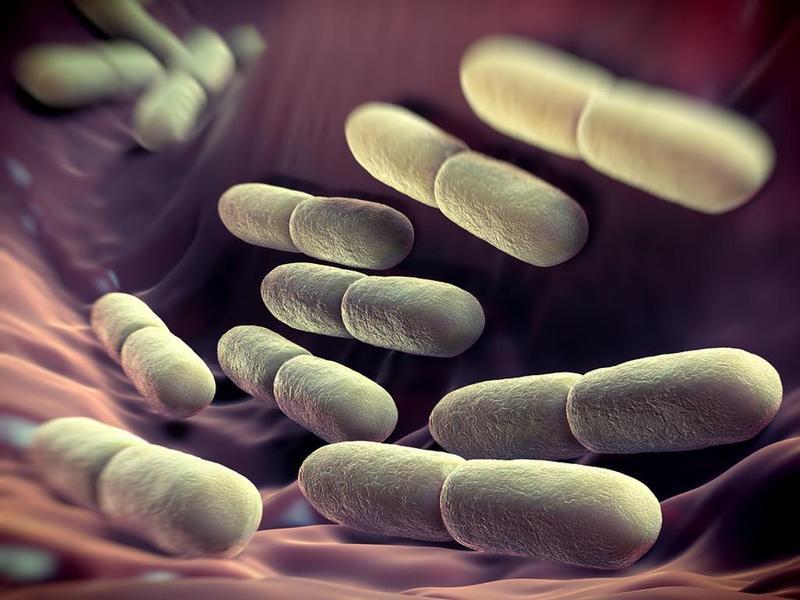 A bacteriophage is a virus that infects bacteria. Viruses can enter and make copies of themselves within our own cells. Viruses can also do this within bacterial cells. These viruses called bacteriophages - phages for short - are specific to bacteria. They aren't intended to infect us. They instead infect very specific bacteria.

They can be selected for specific bacteria and used to stop them. The enemy of our enemy may be our friend.

Phages as therapy, though, aren't ready for prime time in the US. It's still a field of study - in the US, at least. There is new interest, though, in making this treatment work. There just isn't enough evidence to know whether this treatment will be promising.

This sounds odd. Why would we need this?

There may be benefits to Phages, if we lose our antibiotics to resistance. If all goes well, their advantages would be:

Usually, antibiotics help our immune systems fight bacteria. As antibiotic resistance grows, we may need a new way to fight bacterial infections. More bacteria are becoming resistant to drugs we've relied on for decades. New antibiotics are not being made quick enough to replace the antibiotics we have lost.

Using bacteriophages - which can be designed to be more selective than antibiotics - may let us be more precise in our treatments. which can take out whole swaths of bacteria, when we want to aim at one type and maybe protect other bacteria - our microbiome. Antibiotics can cause unintended harms, when they take away many types of bacteria. After all, we carry more bacterial cells than human cells in our body; wiping these out may have more of an effect than we expect.

There isn't a dose needed for phages. They can be used without careful dosing because they grow to fit the need. Antibiotics can require complicated dosage regimens. Phages shouldn't be toxic to us -hopefully - so they don't need to be dosed as closely for our safety, like antibiotics do. They also will grow to meet the demand of the bacteria they are treating. If there are a lot of bacteria, the phage will multiply, meeting this need. Phages expand in number by infecting bacteria.

They can be administered in lots of forms - as creams, tablets, injections, liquids, powders, sprays or sheets for wound care.

Some phages though can be more non-specific and attack many types of bacteria, complicating how predictable harnessing them might be.

But just as bacteria can become resistant to antibiotics, we don't yet know how bacteria - and even our bodies - may develop ways to resist phages.

What are they used for?

Phages have been used recently to keep food poisoning at bay. These phages have already been used to protect food from dangerous bacteria. Bacteria like Listeria grow in our food despite heat and salt. After food is cooked and before it is fully packaged, bacteria can grow unseen. To prevent this, food can be sprayed with these viruses - billions in fact -to keep bacteria from growing and making us sick.

Phages though aren't regularly used as a treatment in the US for bacterial infections. We don't yet know how widespread use of these viruses would best work and whether there would be any unintended consequences (such as unintended spread or infection or immunologic effects).

Have they been used elsewhere?

Yes, countries that were once part Soviet Bloc - including Russia, Poland, and especially Georgia used phages, when the Soviet Union and its allies were separated from scientists elsewhere. Phages were used as a frontline treatment of infections or as treatment of last resort, especially in Poland, for anything from surgical infections to bladder infections. The Soviet military - and later the Georgian military in the post-Soviet Union period - used phages developed in Georgia for diarrhea and wound infections. Georgian labs developed cocktails that were reported to treat many different bacteria, Staphylococcus, Streptococcus, Pseudomonas, Proteus and E. coli, such as to be used in wound infections. These were continually updated and modified for use.

However, there were few publications and little formal study with randomized controlled trials to show the efficacy, although many reported successful interventions. Work remains on how to identify, isolate, purify, and administer these as treatments, as well as formally study and validate findings that have been reported. The treatments were constantly updated and tailored, rather than mass-produced, making it more difficult to replicate this work.

Was it used outside of the old Soviet Union?

Yes. There was a time when phages were even used in the US, before Alexander Fleming discovered penicillin in 1928 and antibiotics were used widely. In fact, in the well-known book Arrowsmith, written by Nobel Prize winner, Sinclair Lewis, the protagonist used phages. Physicians in the US did use them, including for staph infections. Drug companies were involved in developing phage treatments, such as for Shigella and Typhoid until antibiotics became widely used.

Phages were also used in France, including for dysentery and staph infections.

So how long have we known about these?

In 1915, bacteriophages were discovered. The field was further investigated for therapeutic uses over the next 30 years, especially in France. As early as 1919, phages were used for dysentery in France. Phages were no longer used outside the Soviet Union and Poland after the 1940's (except for a small amount of research in France), until the 1980's when the literature from Soviet scientists was first appreciated outside of the region.

Are there a lot of Phages out there?

Are there different kinds?

by Megan Coffee For Very Well