A Shaman's Dreams and Nightmares 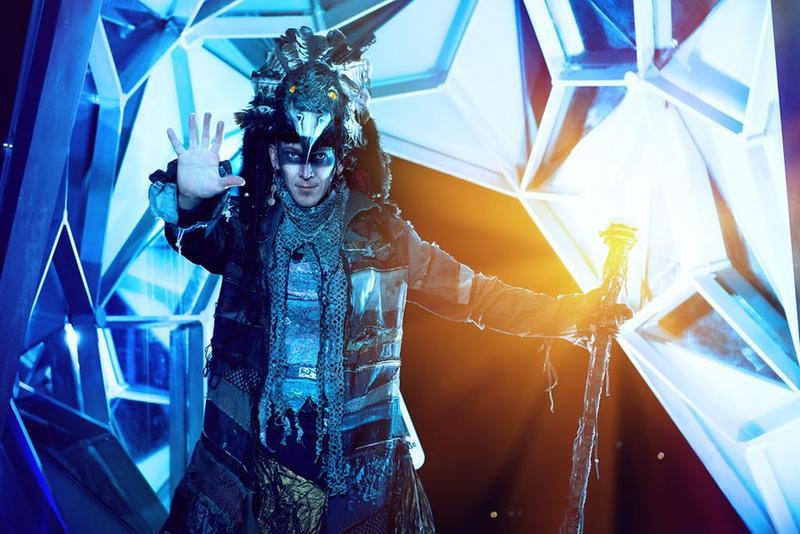 An unplanned vacation during his early years in Zurich may have been the stimulus behind Henderson’s extensive work on initiation rites and their equivalent value in modern psychology.

“While in Zurich, Joe was called home to Elko, Nevada, by an illness of his father’s,” wrote colleague Mary Jo Spencer in an article published in honor of Henderson’s one-hundredth birthday. “While there his aunt invited him to go to the Southwest on a trip to the Indian Country.”

She recalls Joe saying, “Of course I shouldn’t have gone, but I did.”

His encounters with Hopi and Navajo tribes during that getaway proved to be the foundation for “another one of his lifelong interests and inner mentors,” Spencer wrote.

Later, during Henderson’s two short years in New York at the end of the 1930s, he would write his first analytic paper, titled “Initiation Rites.” This course of study culminated in the publication of “Thresholds of Initiation” nearly three decades later. In that book he wrote:

“The universal aim of initiation in tribal societies is to ensure that the novice will renounce all allegiance, even all feeling, toward his mother and be willing to be taken from her to the man’s house, where he will meet the trial of strength, set by the tribal fathers, in which he will either achieve manhood or die.”

Henderson goes on to explain that what is true in simpler societies is also true, “though less drastically enforced,” in more complex ones.

“In our own culture, initiation into manhood is not accomplished by a physical ordeal, but it is felt as a no less powerful demand for the boy or girl to put away childish things and deny his mother’s solicitude for his welfare …”

This dynamic was already fading when Henderson wrote those words in the turbulent decade of the 1960s, and it is even less prevalent today as maternal bonds often stretch into grand-maternal bonds, or adult children remain within the financial and psychological circle of their parents. This can be a very comfortable lifestyle, but also one resulting in the type of “arrested development” that Henderson addresses in “Thresholds.” A common term in Jungian psychology is puer aeternus, Latin for “eternal boy,” referring to someone who stays in an adolescent state -- declining to commit to anything that might threaten to confine his false sense of independence.

“The irresponsible, power-driven, pleasure-loving attitude toward life that can move into antisocial behavior was described by Henderson in terms of the trickster archetype, a sort of shadow archetype to the puer aeternus,” wrote Kirsch.

What is needed to escape the secure but stifling influence of the mother is a heroic initiation into the realm of the father, just as Henderson described about native tribes. Here again, modern American culture seems to work against the process as few children grow up with strong father figures to emulate or guide them. The feminist movement of the 1960s and subsequent gender-bending trends in more recent years have blurred the line between the sexes, making it even less likely that young adults will develop truly independent personalities. Without the transition from mother to father, the next step from father to “true initiate” isn’t likely to materialize.

This process of growing up is thoroughly explained in “Thresholds,” in which Henderson also provides many examples through the lives of people he analyzed.

Helping people outgrow their limitations and become true individuals was the challenge and goal faced by Joseph Henderson when he set up his first practice in Manhattan in 1938. Within two years, Henderson’s dreams convinced him to relocate to the Bay Area. Not realizing that his New York license to practice medicine wasn’t valid in California, Joe was soon thrown in jail. Henderson’s incarceration only lasted about an hour, thanks to his friend Elizabeth Whitney and colleague Joseph Wheelwright’s father in law, a state assemblyman.

World War II was already heavily underway by 1940, even though the United States had not yet become involved.

“In an effort to stem the flow of refugee doctors from Europe, a law had been passed that a doctor must have worked for a year in an American hospital,” explained Kirsch.

This meant Henderson would need to do an internship, so he had to borrow money from a friend in order to spend a year at San Francisco General Hospital, while residing in the Mission District.

“He recalls it as a nightmare for Helena and Elizabeth but a good experience for him,” wrote Hill.

Joe spent time working at the Veterans Rehabilitation Clinic of Mount Zion Hospital, and he began offering a weekly seminar on dreams at Stanford Medical School, which was then located in San Francisco. Dreams are the primary key to unlocking the power of the unconscious, and Henderson had been well trained in how to interpret them.

Joe once wrote about one of his own dreams:

“I was back in my home town of Elko, Nevada, living there and practicing analysis.”

He woke up puzzled, then related his dream to what he was experiencing at the time with his analytical practice.

“It was saying, ‘things are just right and in harmony because you are doing it as though you were practicing analysis in Elko.”

Henderson made at least one trip back to Elko during the 1940s, with his Uncle Charles. They spent a weekend at the Horseshoe Ranch, which he said was owned at the time by Dean Witter.

“We bathed in the hot spring pool I remembered from boyhood when the ranch belonged to the Hinckleys and at night we had sage chicken for dinner around the great table with its ample lazy susan bearing all sorts of other basic delicacies,” he recalled in a history he presented to Northeastern Nevada Museum in 1996, after coming across a copy of “Nevada’s Northeast Frontier.” He would have been 93 years old at the time.

The hot springs visit may have been his last trip here, asWitter sold the ranch the following year “and so again I realized the truth of my Uncle’s pronouncement on property in our modern America, as something to own then ‘pass through and live beyond.’”

Henderson may have passed through, but it is clear that rural Nevada left a lasting impression on him. In a second festschrift written in honor of his one-hundredth birthday, editor Naomi Lowinsky comments on “meeting” Joe first through his writing: “I met a mind that can meander the centuries, leap from the ancients to our own time and back again and pull together very complex concepts with clarity and elegance.”

The first entry is a poem by Carolyn Grassi titled “To the Blue Beyond (for Joseph Henderson).” Its final lines are:

dreams are uncovered and complexes analyzed in the six-sided room

In 1943, Henderson and Joseph Wheelwright led the formation of the Medical Society of Analytical Psychology, along with three of their friends. By the end of the decade it would transform into the Society of Jungian Analysts of Northern California. Joseph would go on to serve two presidencies at the society and its offspring, the C.G. Jung Institute of San Francisco.

by Jeff Mullins For Elko Daily