A Natural Fix for ADHD 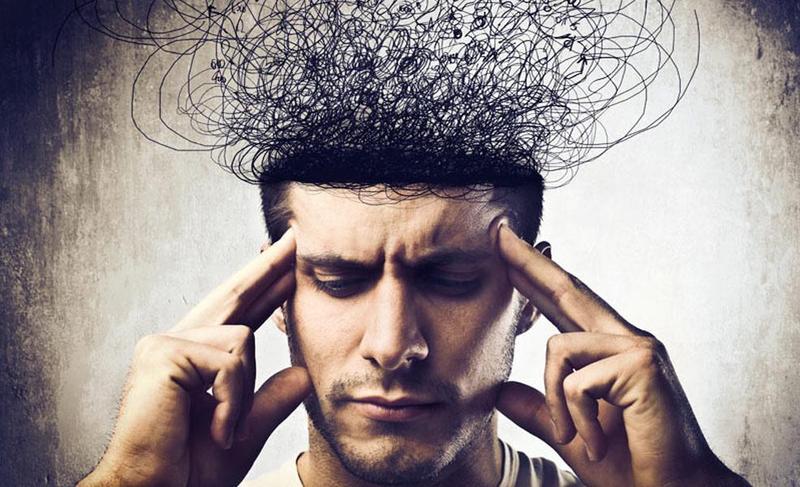 Attention deficit hyperactivity disorder (ADHD) is now the most prevalent psychiatric illness of young people in America, affecting 11 percent of them at some point between the ages of 4 and 17. The rates of both diagnosis and treatment have increased so much in the past decade that you may wonder whether something that affects so many people can really be a disease.

And for a good reason. Recent neuroscience research shows that people with ADHD are actually hard-wired for novelty-seeking — a trait that had, until relatively recently, a distinct evolutionary advantage. Compared with the rest of us, they have sluggish and underfed brain reward circuits, so much of everyday life feels routine and understimulating.

To compensate, they are drawn to new and exciting experiences and get famously impatient and restless with the regimented structure that characterizes our modern world. In short, people with ADHD may not have a disease, so much as a set of behavioral traits that don’t match the expectations of our contemporary culture.

From the standpoint of teachers, parents and the world at large, the problem with people with ADHD. looks like a lack of focus and attention and impulsive behavior. But if you have the “illness,” the real problem is that, to your brain, the world that you live in essentially feels not very interesting.

One of my patients, a young woman in her early 20s, is prototypical. “I’ve been on Adderall for years to help me focus,” she told me at our first meeting. Before taking Adderall, she found sitting in lectures unendurable and would lose her concentration within minutes. Like many people with ADHD, she hankered for exciting and varied experiences and also resorted to alcohol to relieve boredom. But when something was new and stimulating, she had laserlike focus. I knew that she loved painting and asked her how long she could maintain her interest in her art. “No problem. I can paint for hours at a stretch.”

Rewards like sex, money, drugs and novel situations all cause the release of dopamine in the reward circuit of the brain, a region buried deep beneath the cortex. Aside from generating a sense of pleasure, this dopamine signal tells your brain something like, “Pay attention, this is an important experience that is worth remembering.”

The more novel and unpredictable the experience, the greater the activity in your reward center. But what is stimulating to one person may be dull — or even unbearably exciting — to another. There is great variability in the sensitivity of this reward circuit.

Clinicians have long known this to be the case, and everyday experience bears it out. Think of the adrenaline junkies who bungee jump without breaking a sweat and contrast them with the anxious spectators for whom the act evokes nothing but terror and dread.

These findings suggest that people with ADHD are walking around with reward circuits that are less sensitive at baseline than those of the rest of us. Having a sluggish reward circuit makes normally interesting activities seem dull and would explain, in part, why people with ADHD find repetitive and routine tasks unrewarding and even painfully boring.

Psychostimulants like Adderall and Ritalin help by blocking the transport of dopamine back into neurons, thus increasing its level in the brain.

Another patient of mine, a 28-year-old man, was having a lot of trouble at his desk job in an advertising firm. Having to sit at a desk for long hours and focus his attention on one task was nearly impossible. He would multitask, listening to music and texting, while “working” to prevent activities from becoming routine.

Eventually he quit his job and threw himself into a start-up company, which has him on the road in constantly changing environments. He is much happier and — little surprise — has lost his symptoms of ADHD.

My patient “treated” his ADHD simply by changing the conditions of his work environment from one that was highly routine to one that was varied and unpredictable. All of a sudden, his greatest liabilities — his impatience, short attention span and restlessness — became assets. And this, I think, gets to the heart of what is happening in ADHD.

Consider that humans evolved over millions of years as nomadic hunter-gatherers. It was not until we invented agriculture, about 10,000 years ago, that we settled down and started living more sedentary — and boring — lives. As hunters, we had to adapt to an ever-changing environment where the dangers were as unpredictable as our next meal. In such a context, having a rapidly shifting but intense attention span and a taste for novelty would have proved highly advantageous in locating and securing rewards — like a mate and a nice chunk of mastodon. In short, having the profile of what we now call ADHD would have made you a Paleolithic success story.

In fact, there is modern evidence to support this hypothesis. There is a tribe in Kenya called the Ariaal, who were traditionally nomadic animal herders. More recently, a subgroup split off and settled in one location, where they practice agriculture. Dan T. A. Eisenberg, an anthropologist at the University of Washington, examined the frequency of a genetic variant of the dopamine type-four receptor called DRD4 7R in the nomadic and settler groups of the Ariaal. This genetic variant makes the dopamine receptor less responsive than normal and is specifically linked with ADHD.

So if you are nomadic, having a gene that promotes ADHD-like behavior is clearly advantageous (you are better nourished), but the same trait is a disadvantage if you live in a settled context. It’s not hard to see why. Nomadic Ariaal, with short attention spans and novelty-seeking tendencies, are probably going to have an easier time making the most of a dynamic environment, including getting more to eat. But this same brief attention span would not be very useful among the settled, who have to focus on activities that call for sustained focus, like going to school, growing crops and selling goods.

You may wonder what accounts for the recent explosive increase in the rates of ADHD diagnosis and its treatment through medication. The lifetime prevalence in children has increased to 11 percent in 2011 from 7.8 percent in 2003 — a whopping 41 percent increase — according to the Centers for Disease Control and Prevention. And 6.1 percent of young people were taking some ADHD medication in 2011, a 28 percent increase since 2007. Most alarmingly, more than 10,000 toddlers at ages 2 and 3 were found to be taking these drugs, far outside any established pediatric guidelines.

Some of the rising prevalence of ADHD is doubtless driven by the pharmaceutical industry, whose profitable drugs are the mainstay of treatment. Others blame burdensome levels of homework, but the data show otherwise. Studies consistently show that the number of hours of homework for high school students has remained steady for the past 30 years.

I think another social factor that, in part, may be driving the “epidemic” of ADHD has gone unnoticed: the increasingly stark contrast between the regimented and demanding school environment and the highly stimulating digital world, where young people spend their time outside school. Digital life, with its vivid gaming and exciting social media, is a world of immediate gratification where practically any desire or fantasy can be realized in the blink of an eye. By comparison, school would seem even duller to a novelty-seeking kid living in the early 21st century than in previous decades, and the comparatively boring school environment might accentuate students’ inattentive behavior, making their teachers more likely to see it and driving up the number of diagnoses.

Not all the news is so bad. Curiously, the prevalence of adult ADHD is only 3 to 5 percent, a fraction of what it is in young people. This suggests that a substantial number of people simply “grow out” of it. How does that happen?

Perhaps one explanation is that adults have far more freedom to choose the environment in which they live and the kind of work they do so that it better matches their cognitive style and reward preferences. If you were a restless kid who couldn’t sit still in school, you might choose to be an entrepreneur or carpenter, but you would be unlikely to become an accountant. But what is happening at the level of the brain that may explain this spontaneous “recovery”?

To try to answer that question, Aaron T. Mattfeld, a neuroscientist at the Massachusetts Institute of Technology, now at Florida International University in Miami, compared the brain function with resting-state MRIs of three groups of adults: those whose childhood ADHD persisted into adulthood; those whose had remitted; and a control group who never had a diagnosis of it. Normally, when someone is unfocused and at rest, there is synchrony of activity in brain regions known as the default mode network, which is typically more active during rest than during performance of a task. (In contrast, these brain regions in people with ADHD appear functionally disconnected from each other.) Dr. Mattfeld found that adults who had had ADHD as children but no longer had it as adults had a restoration of the normal synchrony pattern, so their brains looked just like those of people who had never had it.

WE don’t yet know whether these brain changes preceded or followed the behavioral improvement, so the exact mechanism of adult recovery is unclear.

But in another measure of brain synchrony, the adults who had recovered looked more like adults with ADHD, the MIT study found.

Both groups of adult ADHD patients, including those who had recovered, displayed simultaneous activation of both networks, as if the two regions were out of step, working at cross-purposes. Thus, adults who lost most of their symptoms did not have entirely normal brain activity.

What are the implications of this new research for how we think about and treat kids with ADHD? Of course, I am not suggesting that we take our kids out of school and head for the savanna. Nor am I saying we that should not use stimulant medications like Adderall and Ritalin, which are safe and effective and very helpful to many kids with ADHD.

But perhaps we can leverage the experience of adults who grew out of their symptoms to help these kids. First, we should do everything we can to help young people with ADHD select situations — whether schools now or professions later on — that are a better fit for their novelty-seeking behavior, just the way adults seem to self-select jobs in which they are more likely to succeed.

In school, these curious, experience-seeking kids would most likely do better in small classes that emphasize hands-on-learning, self-paced computer assignments and tasks that build specific skills.

This will not eliminate the need for many kids with ADHD to take psychostimulants. But let’s not rush to medicalize their curiosity, energy and novelty-seeking; in the right environment, these traits are not a disability, and can be a real asset.