A Brief History of Zombies, The Undead, And Our Enduring Obsession With Re-Animation 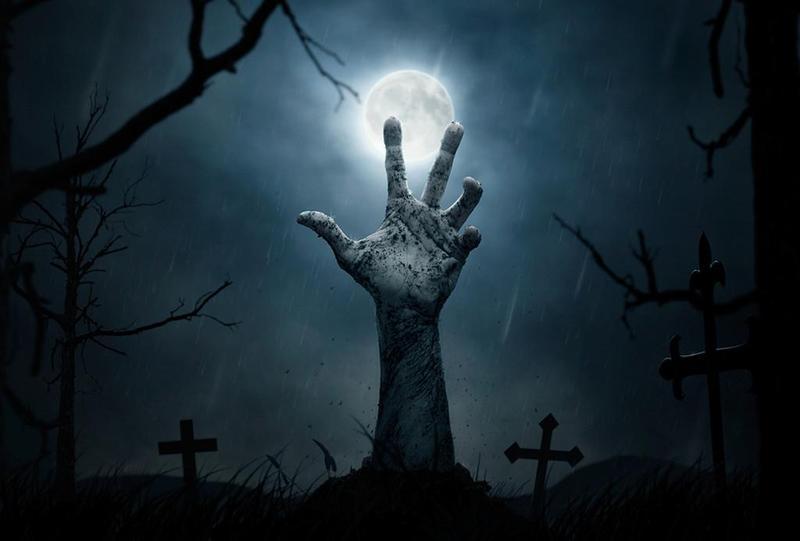 Before The Walking Dead, Shaun of the Dead, 28 Days Later and before Night of the Living Dead, zombies — or, at least, the idea of zombies — were very different. Originating from Haitian culture and influenced by the Voodoo religion, the zombies that preceded the modern American interpretation were a far cry from the dead-eyed, flesh-eating monsters we see in post-apocalyptic horror films.

Early ideas and depictions of zombies aren’t monsters at all, but victims of slavery. They were an undead labor force forced to work endlessly and stripped of their essential human elements. The zombies from Haitian culture reflected the profound fear of slavery and beliefs about the afterlife. The Atlantic’s Mike Mariani notes:

“The zombie archetype, as it appeared in Haiti and mirrored the inhumanity that existed there from 1625 to around 1800, was a projection of the African slaves’ relentless misery and subjugation. Haitian slaves believed that dying would release them back to lan guinée, literally Guinea, or Africa in general, a kind of afterlife where they could be free. Though suicide was common among slaves, those who took their own lives wouldnt be allowed to return to lan guinée. Instead, they’d be condemned to skulk the Hispaniola plantations for eternity, an undead slave at once denied their own bodies and yet trapped inside them—a soulless zombie.”

Under the influence of the Voodoo religion, zombie folklore took on the idea of reanimated corpses in conjunction with the Bokor priests believed to have the power to help one reach the afterlife. Matthew Blitz of Atlas Obscura points out a big influence on the modern imagining of zombies comes from the idea that the Bokor could use their powers for evil, reanimate corpses and enslave people even after death.

American film is responsible for the massive shift in the depiction of zombies, and the film most often credited with being the foundation upon which the entire modern genre stands is George Romero’s 1968 film Night of the Living Dead.

Despite the fact that Romero’s zombies aren’t actually identified as zombies explicitly, that’s nevertheless what they became in the public eye. Romero would go on to make Dawn of the Dead, which would further change and cement the genre, and since then, dozens of films have used zombies to varying degrees of effectiveness.

It’s difficult to see much of the origins of zombies in modern zombies. American popular culture’s appropriation of zombies has so thoroughly covered up and changed the elements that come from the Haitian culture that today’s zombies are completely unrecognizable.

Perhaps the biggest difference that exists between these early zombies and the ones we know from film and television today is the idea of contagion. Our zombies are turned not by the Bokor but by viruses, pathogens and each other. Rather than being dehumanized by a single person in control, zombiism in modern popular culture spreads like a plague from person to person, often without any kind of larger goal.

While films like 28 Days Later, with its zombies that allude not to the actual or realistic spread of a virus but to the dangers of addiction, and Night of the Living dead (steeped in the recognition of dramatic social inequality) give us some degree of social commentary, notes that most of our zombie films center around the idea and the spectacle of surviving in a hostile post-nuclear world full of walking dead. It’s a complete reversal of the origin of the zombie — a focus on the stories of the survivors among those who are reanimated rather than the suffering of the soul forced into endless work post-mortem.

The central fear of having one’s humanness co-opted for evil means remains— be it feasting on flesh or bending to the will of the Bokor — even if it is entirely changed. But what do zombies today say about us? If early zombies reflected a fear of the loss of self at the hands of slavery and of an afterlife where one’s body has been taken over for laboring purposes, what do modern zombies reveal about our anxieties?

Naturally, we don’t really agree on that front. Psychology Today points to a fear of loneliness and boredom. Others point to a fear of death, corpses and contagion, and still others believe zombies illustrate our culture’s discomfort with physically disabled bodies. It’s hard to pin down any one single fear that can be pulled from the many and varied zombie stories, but the paranoia is persistent.

Regardless of what we take from zombies in the present, though, the fact remains that the origin story of one of the most popular horror genres doesn’t come from Romero, but from Haitian culture. Film didn’t invent zombies — it absorbed them.