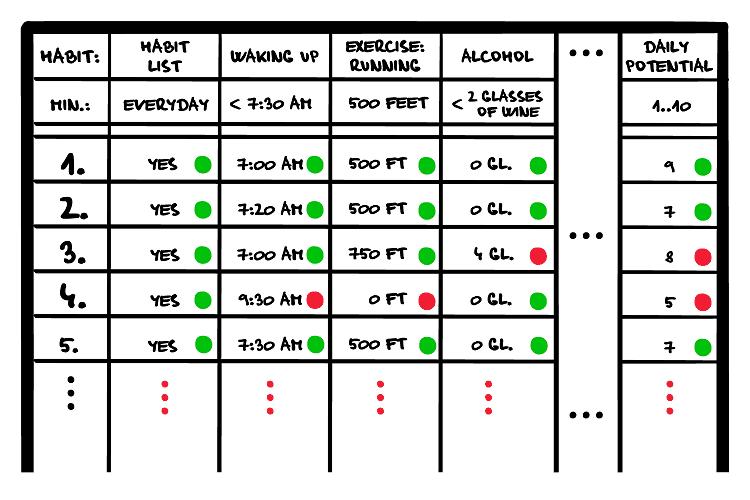 Procrastination is one of the leading causes for disorganisation. As we have seen before, we can often make excuses to do it later or find various reasons why it can be put off until later.

Once we have compiled our giant to do list and decide which tasks to do first, our next step are to fight against procrastination; and just do them!

With the right tools and good habits, you will be able to say goodbye to procrastination, sooner rather than later…

As Mark Twain says, “Eat that frog every day and nothing worse will happen to you the rest of the day”.

We all have that task that we dread doing, whether it’s at home doing the dishes or at work sending our email reports.

Our normal plan of action is to put them off whilst we complete other tasks. Then when it’s time to complete this unpleasant task, we either find a way to put it off or don’t tackle it with full force.

The “Eat That Frog” is a concept that we should eat the frog first, or rather do our least favourite task first, and fully complete them before moving onto another project.

When this job is out of the way, we can spend the rest of the day completing more favourable tasks; and revel in knowing that you don’t have to return to the first one again!

• The Frog – identify your most important task first.

• Complete this task first before you move onto anything else.

• Eat The Frog – continue with this task until it’s completed.

Even after you have set your mind to completing a task and checking it off on your to do list; the smallest distraction can make you lose focus and stop working.

They can occur at home or at work, and often times we do not even register them as a distraction.

When you are preparing to start a project or a task, look around and evaluate what is in the area that could distract you. Turn off personal cell phones, or put a sign on your door asking for silence and to not disturb.

Ensure everything you will need is organised with your workflow to reduce the need to get up and leave your area. When we eliminate these distractions that can make us lose our focus, we will see an increase in our production and spend less time trying to complete the same project.

GIVE YOURSELF A REWARD

Rewards are a great way to keep ourselves motivated. After all, who doesn’t like to earn a little treat after a job well done?

The key is to only reward the good behaviour, such as finishing a small task or completing a whole project. If we jump to a reward too soon, we are only rewarding ourselves for negative behaviour; and are not helping to reduce procrastination.

Start with small rewards when working on something, such as taking a break or getting something to snack on.

We can reward ourselves with a bigger prize when the entire job is finished, such as going out with friends or doing something fun that we enjoy more.

• Only give yourself rewards for work done, not work promised.

• Start with small rewards before working up to the bigger ones.

• Keep a visual reminder of what you have accomplished.

Sometimes we think we have less to do because we have fewer item on our list, only to realise that they are larger than we realised and could become overwhelming.

When we feel defeated by these larger tasks, they can lead to further procrastination.

Instead, take this one large task and break it into smaller, more manageable tasks that can be completed more easily.

Example = If you have a 20 page slideshow due at work, break the project into separate page tasks, completing one or two at a time until it is all complete.

If you have decided to clean out your entire garage, start by retrieving all your donated items or clearing out trash items.

When one task is done, you can move onto the next one, until the entire job is done.

Do not forget to take period breaks and stop to re-evaluate your progress!