10 Things I Wish Everyone Knew About Sikhism 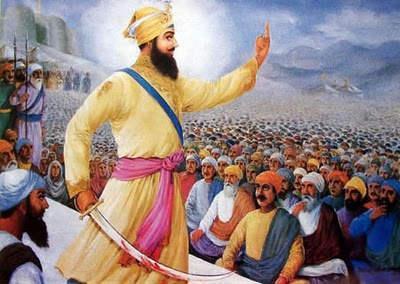 Despite being one of the world’s largest world religions, Sikhism remains one of the most unknown traditions in America. The lack of understanding has led to serious consequences, including discriminatory policies, bigoted stereotypes, traumatic school bullying and violent hate crimes.

Here is a list of 10 things that the global community ought to know about its Sikh neighbors.

1. Sikhism is an independent religion.

A number of people mistakenly think Sikhism is an offshoot of Hinduism, an offshoot of Islam, or a blend of the two religions. While the category of religion is itself problematic, scholars and practitioners alike classify Sikhism as an independent religion.

The Sikh tradition carries the basic markers of organized religion, including its own founder-prophet (Guru Nanak), scripture (Guru Granth Sahib), discipline and ceremonies (rahit), and community centers (gurdwara). There are more than 27 million Sikhs worldwide, making it the fifth largest world religion.

2. Rooted in oneness and love, Sikh theology encourages a life of spirituality and service.

Oneness and love serve as the foundations of Sikh theology — these are both the objective and process. Sikhs aim to recognize the divinity within everyone and everything they encounter, and this daily practice helps the individual cultivate and embody the qualities of oneness and love.

Sikhs believe that the Creator permeates all of Creation and that every individual is filled with the same divine potential. The Sikh tradition emphasizes the collective familyhood of all humanity and challenges all social inequalities, including those on the basis of class, caste, gender, and profession.

Realizing oneness and love within one’s life also compels the individual to seek unity with the world around them. The tradition urges its followers to live as a sant-sipahi (warrior-saint), one who strikes a balance of cultivating spirituality while also contributing socially through community service.

The word “guru” literally means “enlightener,” and while it has come to refer to an expert in any domain (e.g., basketball guru, real estate guru), it carries a particular institutional meaning within the Sikh tradition. In Sikhism, “guru” refers to the line of authority, beginning with a set of 10 prophets who established and led the Sikh community. The first of these, Guru Nanak, was born in 1469 CE, and the tenth in his line, Guru Gobind Singh, breathed his last in 1708 CE.

Before he passed, Guru Gobind Singh passed the leadership to joint entities — the Guru Granth Sahib (the scriptural canon) and the Guru Khalsa Panth (the community of initiated Sikhs). Sikhs revere these two as occupying the throne of the Guru for eternity.

4. The Guru Granth Sahib is a unique scripture.

The Guru Granth Sahib was compiled by the Sikh Gurus themselves and is primarily comprised of writings composed by the Gurus. This collection also includes the devotional writings of other religious figures, including Muslim Sufis and Hindu Bhaktas.

Unlike the prose narratives that make up a majority of western scriptures, the Guru Granth Sahib is made up entirely of devotional poetry, most of which is set to music. These writings are primarily made up of expressions of divine experiences and wisdom on religious cultivation. These writings have played a central role in Sikh practice since the time of Guru Nanak — Sikh worship consists of singing these compositions in both private and congregational settings.

As evidenced by the inclusion of writings from other religious figured within the Guru Granth Sahib, the Sikh Gurus did not believe in religious exclusivism. Rather, their pluralistic worldview posited that one could reach the Realization from any religious tradition. Sikhism teaches that diverse paths can lead to the divine, as long as the individual traverses the path with love. Because of this pluralistic outlook, Sikhism has no real history of missionizing or proselytizing.

While some misinterpret this pluralism as promoting cultural relativism, it is important to note that the Gurus also emphasized the importance of following an accomplished leader and maintaining religious discipline. Sikhism does not encourage the increasingly popular models of “a la carte religion” or “spiritual-but-not-religious,” though admittedly Sikh jurisprudence is relatively less complex than most religious traditions.

6. Sikhs have a long history of standing for justice.

Guru Nanak modeled social engagement by critiquing social inequalities, building institutions that serve and empower the disenfranchised, and publicly critiquing political oppression. The subsequent Gurus preserved and built upon the foundations laid by Guru Nanak. For example, the ninth among them, Guru Tegh Bahadur, observed Mughal state authorities forcefully converting its Hindu constituents. Although this oppression targeted a religious community to which he did not belong and whose beliefs he did not share, Guru Tegh Bahadur stood up firmly for their right to practice religion freely — and the state responded by publicly executing Guru Tegh Bahadur.

The Sikh community has drawn inspiration and guidance from such examples over the years, and it has demonstrated a commitment to justice in various ways. Sikhs are taught to defend the defenseless and have historically led responses to political oppression. Sikhs have therefore been regularly targeted by the political elite, a cycle that continues to play out in present-day India.

Since the formative moments of the tradition, Sikhs have maintained a physical identity that makes them stand out in public, even in the context of South Asia. This identity includes five articles of faith — kesh (unshorn hair), kanga (small comb), kara (steel bracelet), kirpan (religious article resembling a knife), and kachera (soldier-shorts) — and distinguishes someone who has formally committed to the values of the faith by accepting initiation.

While many have attempted to ascribe functionalist rationales for each of these articles, these understandings do not capture the connections that Sikhs have with these articles. Perhaps the best analogy (though admittedly an imperfect one) is that of a wedding ring: one cannot reduce the significance of a wedding ring to its instrumental value; rather, one cherishes the wedding ring because it is a gift of love from one’s partner. Similarly, Sikhs cherish their articles of faith primarily because they see them as a gift from their beloved Guru. Trying to understand these articles on the basis of their function is missing the point.

Perhaps the most visible aspect of the Sikh identity is the turban, which can be worn by men and women alike. The turban was historically worn by royalty in South Asia, and the Gurus adopted this practice as a way of asserting the sovereignty and equality of all people. For a Sikh, wearing a turban asserts a public commitment to maintaining the values and ethics of the tradition, including service, compassion, and honesty.

Sikhism was founded on the concept of oneness and justice, and the Gurus adamantly rejected all social inequalities. While women continue to be subjugated in modern South Asia, the Sikh Gurus rebuked discriminatory practices that marginalized women (e.g., sati, purdah) and openly placed women in leadership positions.

Along these lines, the Gurus established new practices to challenge social norms, such as India’s caste system, that perpetuated social inequalities. For instance, the tenth Guru asked all Sikhs to abandon their last names — which identified one’s caste — and asked them all to take on a collective last name reserved for royal families to signify the inherent equality and nobility of every individual: Kaur for women and Singh for men. Similarly, the Gurus established the institution of langar, a free meal provided at the gurdwara that is open to one and all. During this meal, everyone sits together on the ground, regardless of caste, social status, gender, or religious background.

9. Darbar Sahib of Amritstar is the epicenter of the Sikh psyche.

Known to westerners as the Golden Temple, Darbar Sahib of Amritsar, Punjab has served as the center for the Sikh community since its founding more than four centuries ago. Sikh theologian Sirdar Kapur Singh referred to Darbar Sahib as “the theo-political capital of Sikhs.” This phrase captures the role of this site as both a spiritual center where the community gathers to worship as well as a political throne where collective decisions have been made.

It is inaccurate to refer to Darbar Sahib as “a sacred space” or as “Sikhism’s holiest site.” Sikh theology recognizes that divinity permeates the entire world equally and therefore does not recognize any particular space to be uniquely sacred or holy. At the same time, Darbar Sahib does occupy a special place in the collective Sikh psyche. The site has witnessed a number of significant historical events, from the return of the sixth Guru after a stint in prison and the first public enthronement of the Sikh scripture during the 17th century to massacres of thousands of civilians and the burning of historical artifacts and relics by the Indian Army in 1984.

10. Sikhs have made immense contributions to American society.

From the time of their arrival in the late 1800s, Sikh men and women have been making notable contributions to American society. Early immigrants settled in the western frontier, where they played a major role in building America’s railroads. Sikh Americans like Bhagat Singh Thind served in the U.S. military during the World Wars, and the first Asian American Congressman was a Sikh American elected to office in 1957. The inventor of fiber optics is a Sikh American, as is the country’s largest peach grower, the mayor of Charlottesville, Virginia, and Morgan Freeman’s personal physician. Sikh American women continue to make diverse contributions, such as Grammy-winning artist Snatam Kaur, commercial airline pilot Arpinder Kaur, and Columbia University professor Supreet Kaur.