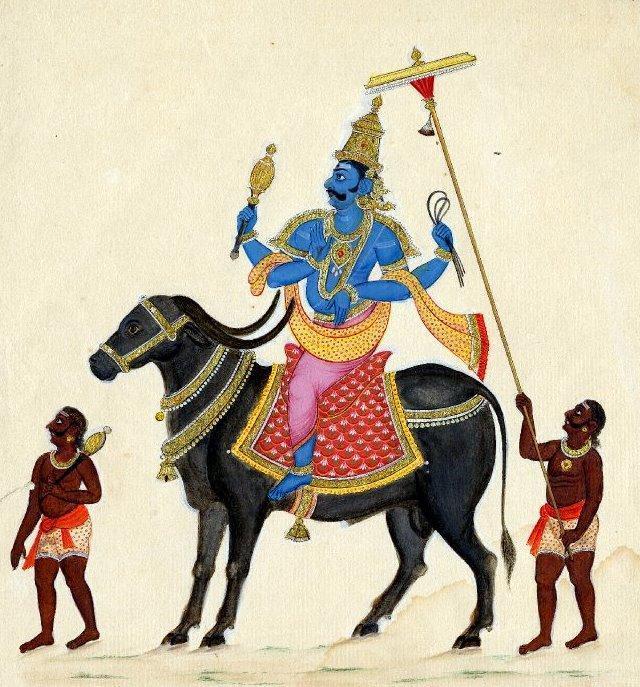 As a Hindu, I have to believe in and accept certain basic human values. If I can adopt and practice them, so much the better. These values are sometimes referred to as "Yama": some scholars say there are five Yama, otheres say there are ten, yet others say there are eight. On a comparison of various views, the following emerge in consensus:

Satyam: As a Hindu, I believe that I should speak the truth. Here, truth must be tempered with kindness and compassion when needed. If the truth causes harm, when it may sometimes do, it is better not to say it. For example, it is sometimes better not to reveal to a terminally ill patient the terminal nature of his illness. This depends upon a variety of circumstances including the personality of the patient. Individual circumstances, and no general rule, must decide which truth must be tempered in which manner. Our great Texts are full of many discussions, illustrations, stories, etc., on this very point. It is said, "Satyam Brooyat, Priam Brooyat", i.e. the truth and the pleasant truth should be spoken.

Ahimsa: A Hindu believes in non-violence. This does not mean vegetarianism, for there does not appear to be any reason for destroying plant life if animal life is not to be sacrificed, too. One reason a vegetarian gives for not eating meat is that meat comes from violence -- "Himsa"; then, if taking life is cruel, why does he eat at all? After all, even plants have life and also feel pain as well as pleasure. In India, cows are milked by first using their calves to begin the flow of milk from the udder. As soon as the first few drops of milk begin to emerge, the milkman forcibly drags the calf away and collects the milk to sell it to the "pure" vegetarian (for some reason, the vegetarian likes to refer to himself as "pure"!): Is such snatching away of from the mouth of an innocent and helpless creature, all for the pure vegetarian person's selfish consumption, not Himsa?

No, the meaning of Ahimsa is not vegetarianism. Rather, Ahimsa means not doing violence beyond that bare minimum without which we ourselves cannot survive. As a Hindu, at least I do not cause untold suffering to an animal by slowly bleeding it to death in the name of religion. Muslims have been known to make very small incisions in the windpipes of large animals like camels and leave them to die a slow, hours-long and agonizing death.

Non-violence towards human beings is too well-known a concept to merit discussion in a small article such as this one.

Asteyam: This means not taking that which does not belong to one. "Stena" means "stealing" (notice the phonetic similarity between the two words -- an example among many hundreds of similar sounding words across Sanskrit and many languages, indicating the widespread dissemination of Sanskrit culture all over rather than Sanskrit borrowing from other cultures. (And, for the benefit of the vocational critics who journey through life with the sole self-assigned goal of picking perceived holes in others' arguments -- and being vocal and vituperative about it rather than counter/educate with cogent debate -- yes, I know about the common root of Sanskrit and Latin, the ancient Indo-European Language et al. I submit my statement does not contradict this theory of a common linguistic root). As a Hindu, I will not steal or appropriate for myself that which is not rightly mine. Greed and selfishness have no place in the scheme of things of a practicing Hindu.

Daya: A Hindu has compassion and sympathy for all living creatures. Hinduism is a "religion" of love, kindness, mercy, selflessness and rendering assistance to the needy even at great cost to oneself.

Kshanti: This is an amalgam of related virtues -- the combined virtues of patience, forgiveness and tolerance and withstanding suffering. As a Hindu, I am catholic of outlook, believing in a live and let live policy. I am not a fundamentalist or a bigot. Religious persecution is rarely found in the history of Hinduism. When Charvak propounded his anti-Vedic and materialist theories, no order (or the equivalent of the Muslim Fatwa) was passed by any religious head baying for his life. On the contrary, the merit of his scholarly approach to his theory was recognized (though the theory itself was not accepted) by the very people against whose ideology he wrote and they called him Maharshi Charvak. Such is the catholicity and tolerance of Hinduism. Similarly in the case of Gautama the Buddha - although Buddhism is anti-Hindu, anti-Sanskrit and anti-Brahmin, Buddha has been recognized as accorded the place of the ninth Incarnation of the Supreme Godhead (Vishnu).

Arjavam: This refers to simplicity, straightforwardness and absence of deceit. A Hindu is one who believes in such openness and who is free from hypocrisy. Kayena Manasa Vacha (by body, mind and speech -- this last includes deed), he is one and only one person. The Shantipaatha of the RgVeda begins thus: "May my speech (this includes deed) be established in (meaning be in conformity with) my mind and may my mind be established in my speech...":--

This was a prayer written about eight millennia ago, showing the refinement of the Hindu mind even at an age so ancient. Which other culture had such heights of thought as early in human history as then?

Madhuryam: A Hindu believes in possessing sweetness of disposition and a pleasing and pleasant personality. He is not rude or impolite and comes across as a balanced and likeable person.

Dama: This is self-control, i.e., the control of passions. A Hindu does not allow his baser impulses to the get the better of him. He does not surrender to the demands of his sense organs to perverse limits.

Dana: This means to give, to teach, to distribute, to share, to purify and to protect. A Hindu is ever ready with these attributes. He gives till it hurts.

Akalkata: This means being free of sin. In Hinduism, the word "sin" is not used in the same way as it is used in a religion like Christianity. In Hinduism, sin is not an action. It is the reaction to an action. The abovementioned nine values prevent a person from committing a bad deed (a "sin" in the Christian sense of the word). This value of Akalkata prevents one from reacting negatively to perceived evil. It does not mean being proactive in remedying the wrong. It merely means not being judgmental and condemning somebody without a full appreciation of the facts and circumstances. It means not adopting a superior, virtuous "holier-than-thou" mental attitude.

In one of our Texts, a story is told of a righteous vegetarian Brahmin who would leave home every morning on his daily work. His rounds would take him along a certain narrow lane in which there was a butcher's shop. As the Brahmin would pass the shop, he would say to himself, "My God, my God, what a sinner this butcher is. He kills many innocent animals every day". When both died, the butcher went to heaven and the Brahmin went to hell. The butcher had not sinned (because he did not think about his actions) but the Brahmin had, by his reaction to the butcher's actions.

Reincarnation and the law of Karma:

Apart from these basic humanistic values, the Hindu believes in reincarnation and the law of karma. These two concepts are interlinked:

The law of karma says that one reaps as one sows.

Christians do not believe in reincarnation. Rather, they believe in eternal life after death, either in heaven playing harps and hanging out with other harp playing angels or in hell, suffering eternal damnation of the most horrifying kinds. I cannot conceive how a kind, compassionate, loving, forgiving God who is all mercy can condemn one to eternal damnation in hell -- for all times to come, without hope of redemption -- on the basis of ill deeds committed in one and only one lifetime of say, fifty or sixty or seventy or eighty or even a hundred years. And what about those who die young, as children or maybe as six-month old infants? Do they get eternal hell or do they get to play the harp for ever in heaven? No, I cannot accept this logic. Our Hindu ideas of rebirth and the law of karma are far more reasonable. More, on account of the law of karma, Hinduism -- and only Hinduism -- reflects the principle of justice and the scientific process so completely accurately.

Such is the essence of Hinduism.