SELFFAMILYSOCIETYHUMANITYEARTHUNIVERSEDIVINE
Home/Why We All Need to Start Drinking Recycled Water

Why We All Need to Start Drinking Recycled Water 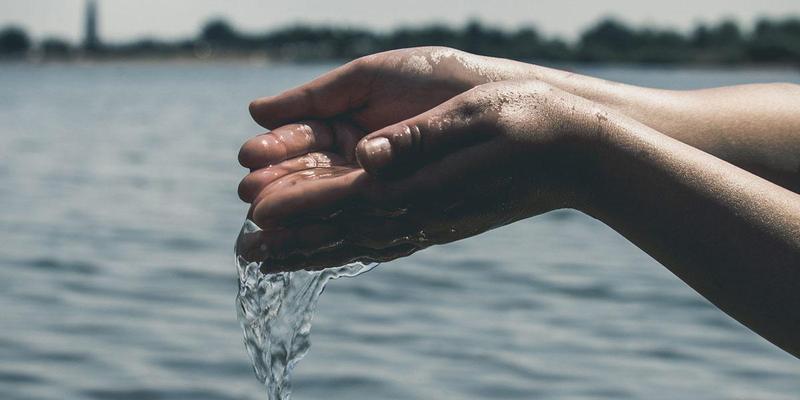 With severe droughts and rising populations, we will have to accept “toilet-to-tap” schemes. Cities like Perth in Australia are leading the way.

It's been called "toilet-to-tap" – much to the chagrin of water experts and managers. In some parts of the world, the wastewater that flows down the drain – yes, including toilet flushes – is now being filtered and treated until it's as pure as spring water, if not more so.

It might not sound appealing, but recycled water is safe and tastes like any other drinking water, bottled or tap. "If anything, recycled wastewater is relatively sweet," says Anas Ghadouani, an environmental engineer at the University of Western Australia in Crawley.

So if you aren't already drinking recycled wastewater, you soon will be. "It's a no-brainer," Ghadouani says. "It's what's going to happen."

Wastewater is much more than toilet water, of course. Think of all the water that goes down the drain every time you rinse an apple or hose off your car. That water is an untapped resource, and there's a lot of it. "It is cheaper; it is a guaranteed resource," says Peter Scales, a chemical engineer at the University of Melbourne in Australia. If an average city recycled all its wastewater, he says, it could reduce how much water it needed by 60%.

Recycling wastewater for irrigation and other non-drinkable uses is already commonplace. It’s actually the same technology used to treat drinking water supplies that have become contaminated – and it’s been around for years.

For some people, no matter how much you tell them the water is safe to drink, the feeling of disgust is too much to overcome

First, you have to filter out all of the solids and other gunk in the water. Then, in a process called reverse osmosis, you filter out the tiniest of particles. And as an extra precaution, the water is often flashed with ultraviolet light to sterilise pathogenic microbes. "We can supply water in a very pure state – purer than what they currently get out of reservoirs and rivers," Scales says.

But inevitably, there's a "yuck" factor. Recently, psychologist Paul Rozin of the University of Pennsylvania in the US and a team of researchers surveyed 2,000 Americans, finding that while 49% were willing to try recycled wastewater, 13% refused, and the rest weren't sure. For some people, no matter how much you tell them the water is safe to drink, the feeling of disgust is too much to overcome – even in the direst of situations.

In 2006, for example, a drought-stricken city in eastern Australia named Toowoomba tried to implement wastewater recycling. But the effort was a political disaster, as 62% of voters rejected the plan in a referendum. "Water recycling is enormously powerful, but it's politically a real problem," says Scales.

Dwindling water supplies forced Toowoomba officials into a desperate situation, and they tried to introduce wastewater recycling without giving people time to get used to the idea, says Clare Lugar, a spokesperson for the Water Corporation, the water company for Perth and Western Australia – a region that's been experiencing drought for 15 years. The corporation has been integrating wastewater recycling into its own supply. But it's taking a lesson from Toowoomba and going slowly.

Western Australia is already one of the driest places on Earth, and climate change has likely made it worse. "It's sort of a hotspot for drought," Ghadouani says. "That's what the models predicted, and that's exactly what's happening." Last year, for example, Perth's dams received only 72.4 billion litres of water – less than a third of what's needed.

To alleviate the drought, the Water Corporation turned to desalination in 2006, using offshore plants to convert salt water into fresh. Desalination is expensive, but effective. Today, desalination accounts for 39% of the region's water supply. Groundwater provides 43%, and reservoirs supply the rest. But with continuing drought and an increasing population, recycled wastewater would provide extra security at less cost.

The corporation is modelling its approach on what Orange County, California, is doing: pumping recycled wastewater into aquifers to replenish the ground supply. The aquifers provide free storage, which would otherwise be expensive, and act as a psychological buffer to minimise the "yuck" factor. Even though the water is already drinkable, some people feel the water gets naturally purified through the ground.

In 2012, Water Corporation finished a three-year trial in which it recycled millions of litres of water and tried to change hearts and minds about the process. It built a visitor's centre and representatives gave tours of the water recycling plant and spoke to various local government, community, and Aboriginal groups. This grassroots approach appears to be working, as surveys consistently show 70% support. "Our success has been more about the community engagement and getting that right," Lugar says.

They're now ramping up their capabilities, having recycled 10 billion litres in Perth from 2013 to 2014. Next year, the Water Corporation will unveil a full-scale plant that can routinely recycle 14 billion litres of water annually, and up to 28 billion if needed. Eventually, recycled wastewater could provide 20% of Perth's water supply.

The combination of recycling, desalination, and – perhaps most importantly – conservation is helping to make Perth drought-proof. "We've become a case study internationally for other countries in terms of how we've managed our response to the drying climate," Lugar says.

That kind of multi-faceted approach is crucial. For example, Scales says, another untapped water source is rain, and if you recycle wastewater and collect all the storm-water that drains into the gutter, you could provide water for an entire city.

But making people comfortable with recycling and building the infrastructure to collect storm-water would take years or even decades. "Trying to do augmentation from something like wastewater or storm-water in the middle of a drought is not going to get you there," he says. "You need to actually do it across a period of time where the population assimilates to it. And then they just use it."

Places like Singapore, Belgium, Windhoek in Namibia, and Wichita Falls in Texas have all begun recycling wastewater. Eventually, due to growing populations, so must the rest of the world – regardless of drought or climate change. "There's no choice," Scales says.

In most of the world's largest cities, such as the metropolises of Asia and South America, the lack of drinkable tap water leads to diseases. "It's because their surface water supplies are contaminated with wastewater," he says. But treating contaminated water uses the same process as recycling wastewater. Technologically speaking, then, the problems are identical.

So whatever you call the process – purification, recycling, or "toilet-to-tap" – it amounts to the same thing: clean water for all.