Why Is Shamanism Becoming So Popular? 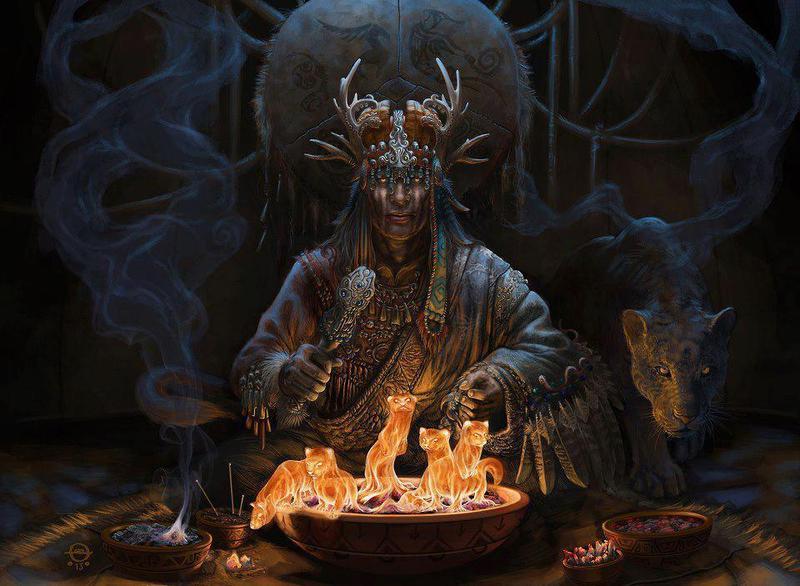 Why is shamanism in all its varieties becoming increasingly popular? Why is this happening now?

In a nutshell we can say that as human beings we have an innate drive to develop into ‘all that we can become’, and that we have reached a point where a shift in consciousness and a change of our way of life is inevitable if we want to develop further – or even survive – as a species.

Our efforts over the last two millennia have focused increasingly on material reality, economic growth, consumption and scientifically orientated mental development. This has produced materially wealthy societies, but has neglected our inner and spiritual development. We have lost our connection to the Earth, to our souls and to the sacred within and without, and are deprived of deeper meaning and purpose.

The shamanic archetype, that knowing pattern deep within us, reminds us of how it felt when we were still focused on soul and spirit, embedded in a community and experiencing ourselves as an integral part of existence. It reminds us of what we need to come back to on our human journey if we want to become balanced and whole.

We have reached a point in human evolution where many of us are beginning to wake up to the fact that our materialistic world-views, the economic structures of our societies and our one-sided development have created a range of very disturbing ecological, economic, social and political problems and, most importantly, ‘soulless’ societies.

The price we have paid is much higher than can be outlined in the context of this book. The environmental devastation, the extinction of species, the destruction and uprooting of almost all indigenous cultures around the world, the cruelty of slavery, the religious crusades, the horrendous world wars and more tell their own story.

Even in developed countries that have a good share of the created wealth, we still pay a high price. We have reached record levels of so-called ‘mental disorders’, with depression and anxiety disorders leading the field, and loneliness and isolation following on behind.

The pressure to be ‘well adjusted’ to a soul-denying society is taking its toll. For me as a psychologist, it is not surprising that the suffering of the soul, which has not been catered for at best and negated at worst in contemporary society for a long time now, is ending up in the consulting rooms of medical practitioners, therapists and psychiatrists in the form of psychosomatic pains, diffuse emotional disturbances, hopelessness, disenchantment and depletion of energy as well as anxiety and depressive disorders.

Jung warned that if we did not explore and nourish the psyche, we would not survive as a civilization. He understood, as many more do now, that we would lose our souls in the process.

The most important understanding we develop when we get involved in shamanism is that there is no ‘wholeness’, no positive human development, no ultimate joy, contentment and fulfilment, without nourishing our souls, expanding our consciousness and experiencing ourselves as an integrated part of the whole.

So the shamanic archetype within the human psyche is stirring, because it represents what we have lost: the connection to the Earth, to nature, to our soul and to the sacred. It represents all that our fragmented psyche longs for. It represents mystery, magic, community. It represents our yearning to break down the limiting cognitive and ego barriers of our minds, to alter our states and to let our consciousness soar, so that we can experience the sacred in all its awe-inspiring ways.

It represents the human quest of going beyond the limits of the ordinary and of experiencing the magical. It represents our power to dream our own life into being.

It is time to begin.

by Christa MacKinnon For Heal Your Life