Why Is The Cow A Sacred Animal For The Hindus? 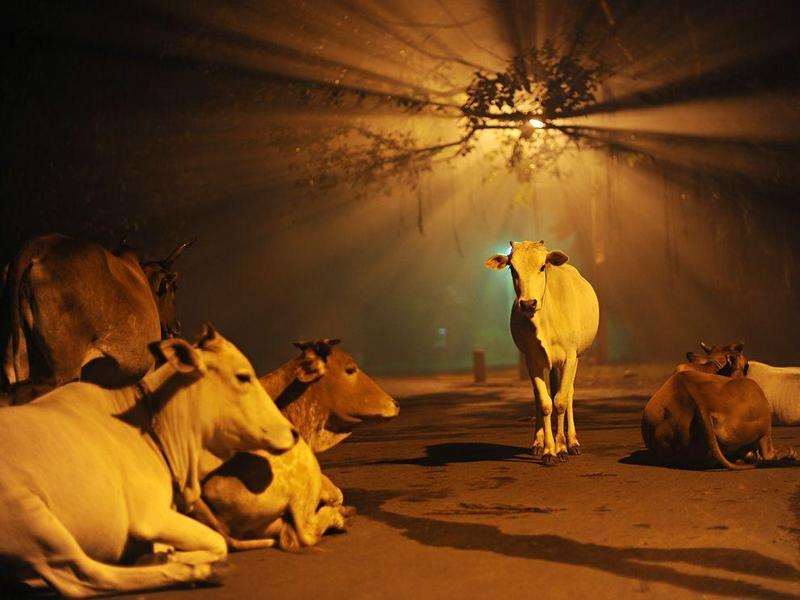 The cow is considered to be a sacred animal in Hinduism. Do you know why? Going through the scriptures of the Holy Book, Lord Krishna states in Srimad Bhagavad-Gita (Chapter 10, Verse 28): Dhenunam asmi kamadhuk, meaning, "Among cows, I am Kamadhuk, the wish-fulfilling cow." The term Kamadhuk means Kamadhenu, which is also known as Surabhi.

So, who and what is Surabhi? And, why & how did this animal attain such a prestigious and elevated position, which resembles the energy of the most supreme Lord Krishna? The answer to this question lies in the story given in the Anusasana Parva of the Mahabharata by Ved Vyasa. So which is the Surabhi cow? This cow is believed to have descended from the spiritual worlds and manifested herself in the heavenly sphere for the benefit of all creation.

On the other hand, it is said that the Indian cow is believed to be the direct descendant of the Surabhi cow, which is why it is called the sacred cow. According to spiritual leaders, it is also known that this animal is superior and the reason is because of its status as the mother of all creatures. In some of the Hindu philosophies, the humble sacred cow is said to be the mother of 33 crore demigods. Cows are also regarded as the goddesses of the gods and the refuge of all auspiciousness.

Through the years, the cow is worshiped in all forms, in which the cow's urine, the dung as well as the milk is said to be extremely sacred. It is also wrong to separate a cow from it's calf and if done, it is like a major sin committed.

In ancient times, the cow's excreta was worshiped. It still it. Apart from the excreta, even a sitting cow should be disturbed as it shows disrespect. The milk of the animal is so pure that in many Hindu homes the milk is often referred to as nectar.

How Pure Is The Cow? In ancient times, the cow's excreta was worshiped. It still is even to this day in many Hindu festivals and households. It is believed that a sitting cow should not be disturbed, as it shows disrespect. The milk of the animal is so pure that in many Hindu homes, the milk is often referred to as nectar. In conclusion, these patient and beautiful animals represent high energy and are blessed with the elements of strength and energetic exertion, which gives one all the more reasons to worship it.

by Denise Baptiste For Boldsky