Where Do I Start My Wiccan Practice? 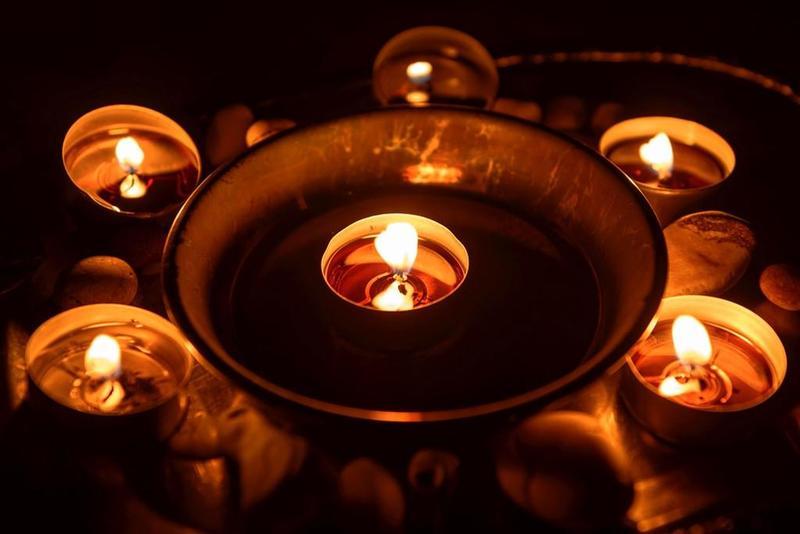 Well, what does that even mean? Often it means running out to the local occult store and dropping the equivalent of a rent payment on esoteric accoutrements–robes, a cauldron, an athame, a sword, statues of some gods, a nifty-looking chakra chart, and some sparkly rocks (because Witches love rocks).

They go home, push over an alarm clock, set up an altar on a nightstand, and light some incense. Suddenly, it hits them. They haven’t magically become Wiccan.

Maybe they need to breathe deeper. That sounds right.

Or maybe Wicca is just made-up white-lighter crap, and they need something darker.

Once they spill black candle wax on the carpet, this whole Witchcraft thing is starting to sound like a total bust. And gosh, isn’t Wicca so materialistic? I mean, all these things, and you still don’t instantly become a Witch.

That’s the world we live in–everything is easy to break into observable relationships between consumer and commodity, and we want our spiritual needs to work on those terms too. It’s okay if you fell in this trap. You’re just doing what our present culture has taught you to do when you need something. And Wicca isn’t the only religion affected. Lots of folks look for spirituality in Buddha statues, prayer beads, and workshops. The important thing is that you’ve heard a call. Something inside you wants something you associate with Wicca, and you’ve taken a very critical and necessary step on this spiritual path: you’ve decided to take action for this desire.

As a culture, we’ve generally left behind the transpersonal, the gravitas, the meaning that magnetizes us to certain teachings, traditions, and even things. But don’t worry. We can get it back. And you’re already doing this work.

So, let’s start over. For real–take a deep breath.

Now, if you didn’t run out and buy one already, go get you a small journal or sketchbook you’ll be able to devote solely to your spiritual pursuits. It doesn’t have to be fancy or leather-bound.

On the first page, write today’s date and why you want to be Wiccan. Be honest. You’re the only one who is going to read this.

What is calling you to Wicca?

You might feel excited by this step, or even embarrassed about your lack of super secret Wiccan knowledge. Write down your feelings too.

Keep up your journal like this. Every time you feel pulled to Wicca, every time that thought flashes in your head, write it down. Write down what triggered it. Write down what you feel, what imagery you see in your mind, and what you’re drawn to. Be as specific as possible.

Next, we’re going to supplement that imagery with some good old-fashioned research.

Wicca is a religion with homework. What should your altar look like? Who are the gods you want to invoke? What does invoking even involve? How should you prepare for ritual? What can you use instead of ritual tools if you haven’t acquired them yet? (pro-tip: you can use your fingers instead of an athame, and seriously, seriously, seriously, you don’t even need to worry about ritual tools for a few months at least, no matter how excited you are, I promise).

These questions can be answered by other Wiccans. If you don’t know any practitioners, there’s plenty of stuff out there on the internet and also in these nifty things called books.

Here are three books that I recommend you start with:

Scott Cunningham’s Wicca: A Guide for the Solitary Practitioner

Vivianne Crowley’s Wicca: An Old Religion in the New Millennium

Take notes. Use post-its to mark stuff you want to come back to in the books. In your journal, write down questions that pop in your head and the answers you uncover either in these books or through additional research. These books will give you a lot of keywords you can research later as you feel led.

Here are some study questions to guide your notes around these books:

Who made Wicca a publicly known religion? How has Wicca changed since he taught it?

What ideas do Wiccans have about the Divine? What do you think? Do you want to know more about any specific Gods or Goddesses?

What are the sabbats? When is the next one? What other holidays are important to Witches?

Follow that inner voice that encourages you towards a practice. After you read a bit, it might tell you that Wicca isn’t what you’re after. That’s legit too. You can use the same journal to push yourself further along whatever spiritual path you are pursuing.

Every once and a while (let’s say, hmm…like every New Moon), set aside a new page of your journal to write about what draws you to Wicca and what you want to learn. It’ll change, but that’s the point. You’re learning why you want to be Wiccan and what that even means.

by Pat Mosley For Patheos