Home/Articles/What Was Life Like for Women in the Viking Age?

What Was Life Like for Women in the Viking Age? 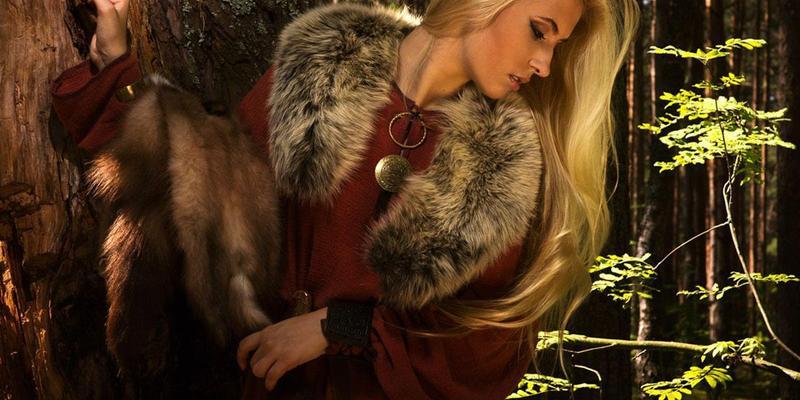 There’s been a lot of talk in recent years about the role that women played in the Viking Age. Were they warriors, wielding shields and swords alongside the men? Did they go along on the famous Viking voyages, sailing to places as far flung as Europe, Russia and North America?

While in some cases it’s hard to separate myth from reality, it’s clear that Scandinavian women in Viking Age society enjoyed more freedom and power in their communities than many other women of their day. Recent research even suggests that many more Norse women than previously believed traveled alongside the men on those Viking long boats, suggesting women also played an active role in Viking colonization.

Technically, women couldn’t even be Vikings. As Judith Jesch, author of , has pointed out, the Old Norse word “vikingar” only applied to men, usually to those men who embarked from Scandinavia in their famous long boats and sailed to such far-flung places as Britain, Europe, Russia, the North Atlantic islands and North America between roughly A.D. 800–1100.

But though these Vikings became infamous as fierce warriors and brutal raiders, they were also accomplished traders who established trade routes all over the world. They formed settlements, founded towns and cities (Dublin, for example) and left a lasting impact on the local languages and cultures of the places where they landed their ships.

While earlier historical research about the Vikings had theorized that the seafaring Norsemen traveled in male-only groups—perhaps due to a lack of desirable mates in Scandinavia—a more recent study tells a very different story. In the newer study, published in late 2014, researchers used mitochondrial DNA evidence to show that Norse women joined their men for Viking Age migrations to England, the Shetland and Orkney Islands and Iceland, and were “important agents in the processes of migration and assimilation.” Especially in previously uninhabited areas such as Iceland, Norse women were vital to populating the new settlements and helping them thrive.

Like many traditional civilizations, Viking Age society at home and abroad was essentially male-dominated. Men did the hunting, fighting, trading and farming, while women’s lives centered around cooking, caring for the home and raising children. The majority of Viking burials found by archaeologists reflect these traditional gender roles: Men were generally buried with their weapons and tools, and women with household items, needlework and jewelry.

But women in Viking Age Scandinavia did enjoy an unusual degree of freedom for their day. They could own property, request a divorce and reclaim their dowries if their marriages ended. Women tended to marry between the ages of 12 and 15, and families negotiated to arrange those marriages, but the woman usually had a say in the arrangement. If a woman wanted a divorce, she had to call witnesses to her home and marriage bed, and declare in front of them that she had divorced her husband. The marriage contract usually stated how family property would be divided up in case of a divorce.

Though the man was the “ruler” of the house, the woman played an active role in managing her husband, as well as the household. Norse women had full authority in the domestic sphere, especially when their husbands were absent. If the man of the household died, his wife would adopt his role on a permanent basis, singlehandedly running the family farm or trading business. Many women in Viking Age Scandinavia were buried with rings of keys, which symbolized their roles and power as household managers.

Some women rose to a particularly high status. One of the grandest burials ever found in Scandinavia from that period belonged to the Oseberg “queen,” a woman who was buried in a sumptuously decorated ship along with many valuable grave goods in A.D. 834. Later in the ninth century, Aud the Deep-Minded, the daughter of a Norwegian chieftain in the Hebrides (islands off northern Scotland) married a Viking king based in Dublin. When her husband and son died, Aud uprooted her household and organized a ship voyage for herself and her grandchildren to Iceland, where she became one of the colony’s most important settlers.

Were there female warriors in Viking Age society? Though relatively few historical records mention the role of women in Viking warfare, the Byzantine-era historian Johannes Skylitzes did record women fighting with the Varangian Vikings in a battle against the Bulgarians in A.D. 971. In addition, the 12th-century Danish historian Saxo Grammaticus wrote that communities of “shieldmaidens” dressed like men and devoted themselves to learning swordplay and other warlike skills, and that some 300 of these shieldmaidens held the field in the Battle of Brávellir in the mid-eighth century. In his famous work Gesta Danorum, Saxo wrote of a shieldmaiden named Lagertha, who fought alongside the famous Viking Ragnar Lothbrok in a battle against the Swedes, and so impressed Ragnar with her courage that he sought and won her hand in marriage.

Most of what we know about women warriors in the Viking Age comes from literary works, including the romantic sagas Saxo called upon as some of his sources. Female warriors known as “Valkyries,” who may have been based on shieldmaidens, are certainly an important part of Old Norse literature. Given the prevalence of these legends, along with the greater rights, status and power they enjoyed, it certainly seems likely that women in Viking society did occasionally take up arms and fight, especially when someone threatened them, their families or their property.