What is a Placebo? 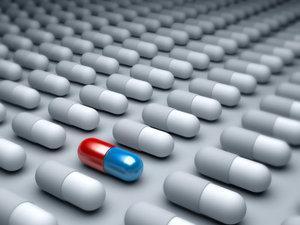 A placebo is an inactive, look-alike, or fake treatment that does not contain an active substance meant to affect health, but when administered to a person under the pretext of being a treatment, may improve a person's condition simply because he or she expects that it will help.

Usually resembling a regular treatment or medicine, placebos could be pills, tablets, or capsules that look like a medication but are composed of sugar, starch, saline or other inactive substances, or it could be a shot, a liquid, a procedure, or even a visit to the doctor.

Any change in symptoms that is measured, observed, or felt after the placebo is given is called the placebo effect or the placebo response. Symptoms may improve, or a person may experience what appears to be side effects. A placebo can produce physiological effects such as changes in blood pressure, heart rate, and brain activity.

How Are Placebos Used in Research?

In a double-blind placebo-controlled study, the placebo must be convincing enough that the patient and the person administering the treatment do not know who is receiving the treatment and who is getting the placebo, so that their expectations don't influence the outcomes.

Participants in a clinical trial using a placebo must always be informed about the possibility that they could be receiving a placebo.

Placebos in Complementary and Alternative Medicine

The placebo effect is often used when discussing why people report improvements with complementary and alternative medicine (CAM).

by Cathy Wong For Very Well