What Causes ADHD? 12 Myths and Facts 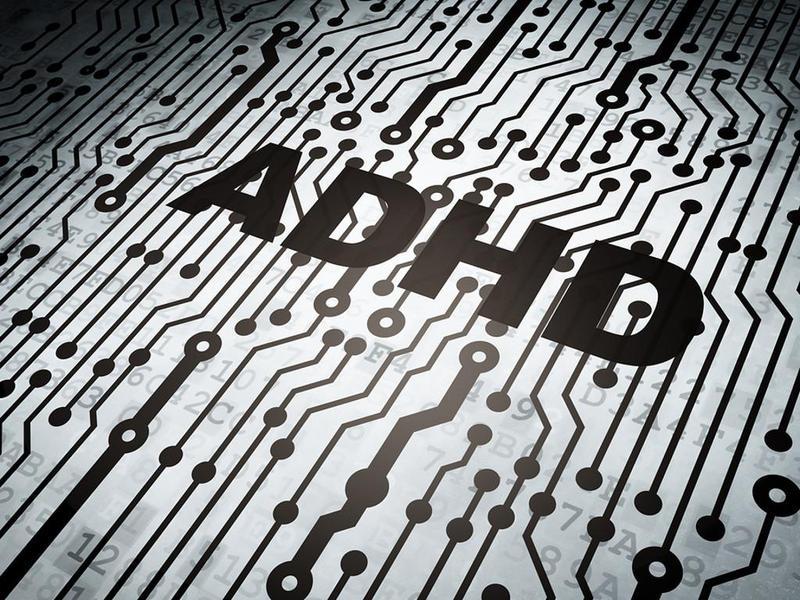 Because attention deficit hyperactivity disorder (ADHD) symptoms—inattention, impulsivity, and/or hyperactivity—affect a child's ability to learn and get along with others, some people think an ADHD child's behavior is caused by a lack of discipline, a chaotic family life, or even too much TV.

In fact, research suggests that ADHD is largely a genetic disorder.

However, some environmental factors may play a role as well. Here, we separate fact from fiction about the causes of ADHD.

Research does suggest a possible link between ADHD and pesticides.

The studies suggest a possible link, but can't prove that pesticides cause ADHD. Marcy Rosenzweig Leavitt, PsyD, who works with ADHD patients in private practice in the Los Angeles area, recommends buying organic varieties of fruits and vegetables, especially those prone to high levels of pesticides (or scrubbing nonorganic produce before eating).

Fetal exposure to alcohol and tobacco is thought to play a role in ADHD. Children exposed to tobacco smoke prenatally are 2.4 times as likely to have ADHD as those who are not, research suggests.

"Fetuses exposed to alcohol can develop fetal alcohol effects or fetal alcohol syndrome, and the prominent features for both are the symptoms you see in ADHD," says Mark L. Wolraich, MD, chief of the section of developmental and behavioral pediatrics at the University of Oklahoma Health Sciences Center, in Oklahoma City.

Lead, a neurotoxin, has been removed from most homes and schools, but traces of it are still everywhere. A 2009 study found that children with ADHD tend to have higher blood-lead levels than other kids.

"Lead can be toxic to developing brain tissue and may have sustained effects on the behavior of children exposed to these substances at early ages," says Leavitt, who practices under the supervision of Richard Oelberger, PhD. "Still, it is unlikely that such exposure accounts for differences in brain development in the vast majority of children and adolescents with ADHD."

Many European countries have banned certain preservatives after research linked hyperactivity in young children to food with mixtures of some artificial food colors and the preservative, sodium benzoate.

The FDA says food additives are safe when used "properly," and most additives aren't required to be clearly labeled on packaging. Experts think only a small number of children will benefit from avoiding brightly colored processed foods, which tend to have more additives.

"Consult with your child's doctor before putting your child on a particular diet," says Leavitt. Reducing consumption of these additives may or may not help hyperactive behavior; many factors play a role in ADHD.

Parents often blame sugar for a child's hyperactive behavior, but it's time to stop.

"The overwhelming number of studies have not been able to demonstrate behavior changes due to sugar consumption in children," says Dr. Wolraich.

Limit sugar if you're concerned about calorie consumption or dental cavities, not because of ADHD.

There's no proof that too much TV or video-game time causes ADHD, although research has found that school- and college-age students who spent more time in front of a screen had more attention problems than those who did not.

In theory, the constant stimulation of TV and video games may make it harder for kids to pay attention. But experts emphasize that screen time alone can't explain ADHD. "There is an association between (ADHD and) the number of hours young children watch TV or play video games, but more study is required to determine if it is a causal relation or it's because children with ADHD gravitate more toward those activities," says Dr. Wolraich.

ADHD symptoms can be confused with rebellious or bad behavior, so it's not uncommon to try to blame the parents for a child's conduct. But according to the National Resource Center on ADHD, there's no strong evidence that parenting style contributes to ADHD.

"While it's true that parenting style and social circumstances may aggravate ADHD behaviors, parental style is not the cause of ADHD," says Leavitt, who says parents who set consistent behavioral limits, use reward and consequence behavior tools, and provide a clear set of expectations can help reduce ADHD symptoms.

On the other hand, a stressful home environment or parents who refuse to accept ADHD as a diagnosed condition can make the symptoms worse.

"Brain injury that results from a serious blow to the head, a brain tumor, a stroke, or disease can cause problems with inattention and poor regulation of motor activity and impulses," says Leavitt.

And according to the National Institute of Mental Health (NIMH), children who have suffered certain types of brain trauma may show symptoms similar to ADHD. But because only a small portion of children with ADHD have suffered a traumatic brain injury, it's not considered a major risk factor.

Although it was once popularly believed that food allergies or sensitivities cause ADHD, the research so far has been unable to support the idea that diet plays a significant role in ADHD, Leavitt says.

Still, certain dietary components may affect behavior, and a recent Australian study suggested that adolescents with diets high in fat, refined sugar, and sodium were two times as likely to be diagnosed with ADHD as other kids. Additional studies have also linked diets deficient in omega-3 fatty acids, which are important for brain development and function, to ADHD symptoms.

The evidence strongly suggests that ADHD is passed down from parents, not parenting style.

"There is a very strong heritability to ADHD," affirms Smith. "It may be one of the most heritable psychiatric disorders." In fact, a child with ADHD is four times as likely to have had a relative who was also diagnosed with ADHD, and results from studies of multiple twins indicate that ADHD often runs in families.

Ongoing research is looking to pinpoint the genes responsible for ADHD. A new study by scientists at Cardiff University in Wales found that children with ADHD are more likely to have missing or duplicated segments of DNA.

Because there's no objective ADHD test, parents, doctors, and educators continue to debate over whether ADHD is overdiagnosed.

Some say doctors are too quick to diagnose a child's behavioral problems as ADHD without considering other possible causes. North Carolina State University researchers found that children who are several months younger than their peers could be mistakenly diagnosed with ADHD when, in fact, they are just less mature than their classmates.

Nonetheless, according to Dr. Wolraich, "most of the evidence is that ADHD is underdiagnosed and under treated."