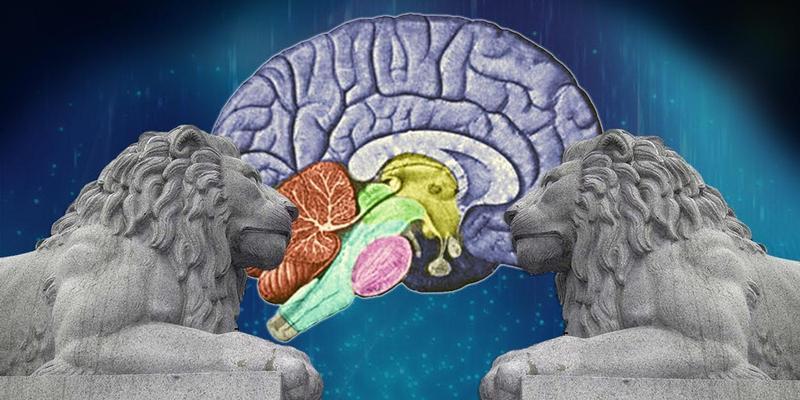 Weird as it might sound, there are competitive rememberers out there who can memorize a deck of cards in seconds or dozens of words in minutes. So, naturally, someone decided to study them. It turns out that practicing their techniques doesn't just improve your memory — it can also change how your brain works.

There’s been a long-standing debate about whether memory athletes are born with superior memories, or whether their abilities are due to their training regimens. These tend to include an ancient memorization strategy called the method of loci, which involves visualizing important pieces of information placed at key stops along a mental journey. This journey can be an imaginary walk through your house or a local park, or your drive to work. The important thing is that you can mentally move back through it to retrieve the pieces of information you stored. (The ancient Greeks are said to have used it to remember important texts.)

Boris Nikolai Konrad, a memory coach and athlete who’s in the Guinness Book of World Records for memorizing 201 names and faces in just 15 minutes, chalks his superior memory abilities up to training with this and other mnemonic techniques. “It's a sport like any other,” Konrad told The Verge. Only, he adds, “you're not moving that much.” But practicing is key.

To find out what’s going on in top-level rememberers’ brains, Konrad teamed up with neuroscientist Martin Dresler at Radboud University in the Netherlands. They recruited 23 of the top 50 memory competitors in the world. All were between the ages of 20 and 36. Then, the scientists scanned the memory athletes’ brains while they were just relaxing, and also while they memorized a list of 72 words.

The team, and their co-investigators at Stanford University, found that the memory athletes’ brains don’t appear to be built any differently from yours or mine, according to results they published in the journal Neuron. “That was quite surprising, since these are really the best memorizers in the world,” Dresler says. “And still, they didn’t show a single memory structure, any single region or collection of regions that was anatomically strikingly different from normal control subjects.”

Even so, their brains don’t work the way yours or mine does. The athletes were able to recall at least 70 of the 72 words they studied — compared to an average of only 39 words for the non-athletes they were compared to. What’s more, while the professional rememberers’ brains were structurally similar to the control group, the memory athletes’ brain scans showed unique patterns of activity, where brain regions that are involved in memory and cognition were statistically more likely to fire together.

o figure out if the method of loci is behind these memory superpowers, Konrad and Dresler divided 51 men in their 20s who had never trained for or participated in memory competitions into three different groups: one group was trained in the method of loci, and they practiced using an online course for six weeks, 30 minutes per day. One control group got a training regimen of the same length, but played a simple short-term memory game that didn’t involve any strategy. And the other control group didn’t have to do anything but show up for brain scans and memory tests.

Sure enough, after the six weeks were up, the group that trained with the method of loci demolished their previous scores on the second set of memory tests — recalling an average of 62 of the 72 words, an increase of about 36 words. By contrast, the group practicing with the memory game and the group that didn’t train at all barely improved.

Additionally, the same patterns of brain activity that showed up in the memory athletes also started emerging in the group trained with the method of loci. That was true even at rest, when they weren’t trying to memorize anything. That implies the right kind of memory training causes lasting changes to the brain, says Jee Kim, a neuroscientist investigating memory at the University of Melbourne who was not involved in this study.

So, why does the method of loci work so well? After all, brain-training games like the ones marketed by Lumosity don’t actually make you smarter (which is why Lumosity had to pay $2 million to settle charges of deceptive advertising). And this latest study bears that out — the group playing the short-term memory brain-training game didn’t improve significantly.

But the group using the method of loci did — and right now, Konrad and Dresler can only speculate as to why. They think it works by taking abstract, unrelated pieces of information and making them signposts on a route — which incorporates navigational and spatial memory skills humans evolved over time. Ancient people probably didn’t need to remember the order of playing cards of hundreds of names. But, Konrad says, “It was always important for humans to remember where is shelter, where is food, where is danger — and therefore our brains can do that easily.”

The paper did have some limitations: for one thing, the participants in the training portion of the study were all male, and were all relatively young. So it’s tough to generalize the findings to the broader population — after all, anyone who’s tried to learn a new language as an adult knows that younger brains are much more primed for learning. The University of Melbourne’s Kim told The Verge in an email that the methods and analyses are sound, and the study adds a new piece to the puzzle. But she also wants to know what biological changes are driving the changes in brain activity, and how that changes with age.

Dresler says those are questions he and his colleagues hope to answer in the future, with more people and more advanced methods. And in the meantime, the take-home point is that memory skills can be learned. “It shows that superior memory on that level is not something that is just inborn talent, but is something that essentially can be learned by everyone,” Dresler says — before adding the caveat, “at least, to a certain extent — probably not everyone will win the world championships.”

How to Build Your Memory Palace

The method of loci is also known as the memory palace, and Konrad says the first step is to make up a set of locations. The place doesn’t matter as much as your familiarity with it. Then you create a map in your mind with a series of stops. The first stop might be your front door. The second could be the table next to it where you put down your sunglasses. Then, when you’re given a list of words to memorize, you visualize scenes that link the words with each stop.

Say the first word is “keys,” Konrad says. You probably wouldn’t want to imagine sticking your keys in the lock — that’s too mundane. It’s better to picture something more vivid: “Maybe someone throwing keys, like arrows in a dart board, into your front door — and you're a bit scared of that,” Konrad says. That would stick in your memory. So then, when you want to remember the words, you picture yourself walking through the memory journey you plotted out. And when you see the keys sticking out like throwing knives from your front door, you’ll remember the word: keys.