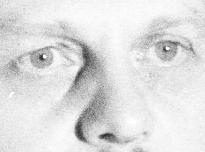 Pain energy creates suffer and appears by a denial of love, which is present or can be present between gender. This destines consciousness and/or unconsciousness of the gender partners-

Pains and suffer appear by reacting, recognising and re-identifying with the surrounding pains, now becoming a suffer body. The individual being becomes a self-consciousness as a suffer body.

Health and love are created by acting, discovering and identification with the surrounding health, now becoming a love body. The individual being becomes self-consciousness as a love body.

Love and suffer are close inside and are in fact realms as energetic partners, which are entangled. (Quant entanglement).

By this mixture on love and suffer, humane beings relate, as humane partners inside humanity.

Now the quality of relationships between mother- daughter, mother - son, father -son and father - daughter the precondition, whether suffer becomes repeated or whether love can enforce itself.

When love must itself enforce,

Now suffer is exploited and by this is over.

Anyhow, I have accepted this as the spiritual goal inside spiritual universe.

Spiritual evolution is the case.

Ignoring and fighting suffer empowers suffer more. On the other hand, believing some God accepting suffer inside heaven somewhere, is for me a misallocation.

I experience that self-healing in self-love is the panacea.