Twin Flames in Life and Death 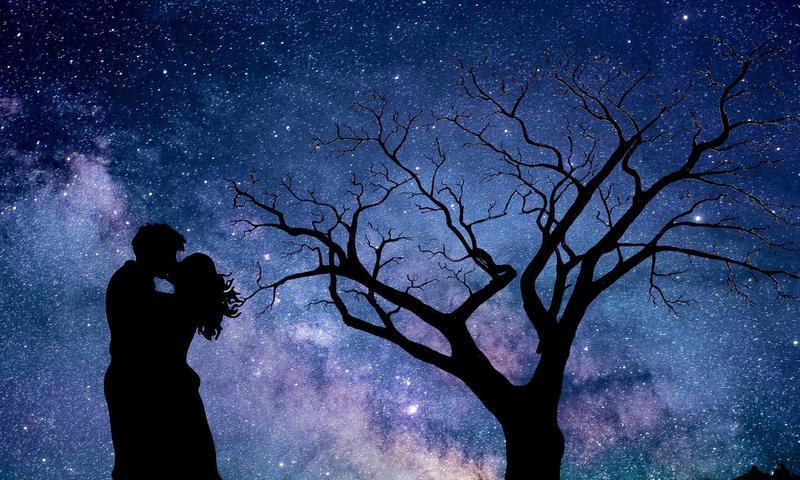 What Happens When Your Twin Flame Dies?

No one likes to talk about Death, but it’s the biggest fact of Life. Perhaps the most horrible death experience is the loss of a child. Closely following, and one of the most difficult deaths, is the loss of a lifelong partner. Poets, philosophers and even scientists have attempted to describe the profound love between two souls. But words fall short when we try to define the ethereal nature of true love, and the powerful, eternal bond that exists between twin flames.

Researching the grieving process and the nature of suffering, I found great encouragement. There is abundant scientific evidence now available to support reincarnation and the soul contracts among twin flames separated by death. The numerous studies I uncovered shed light on why some couples who have been separated by death on the earthly plane reunite within a few months. Often the spouse left behind dies during this time frame.

The soul, trapped on the earthly plane following the death of a loved one, can tell the body to follow their partner to the other side. Now, we have the science to support this seemingly supernatural ability. Studies on reincarnation also help us understand the complex nature of the Soul and how two people can become co-dependent in their journey from here and beyond.

Popular and scientifically reputable magazines including Psychology Today and Scientific American report on this phenomenon – the ability of life-long partners to die within one year of each other – often without any medical ailment beyond the heart’s ability to shut down.

Oneness is the Foundation of A Soul Connection

There is ancient wisdom rooted in the awareness of the soul’s ability to stay connected. It is the same wisdom that the ancient mystics and shamans have been sharing for centuries. This “eternal connection” is the foundation of the new global paradigm emerging: The concept of Universal Oneness. Everything and everyone is divinely connected to one source, one energetic field. It is this eternal connection that the twin flame left behind taps into when their loved one transitions.

The new thought/ancient wisdom idea of Oneness automatically incorporates reincarnation in its definition. That’s how the eternal Soul evolves. It’s a beautiful plan, an excellent design. Twin flames shall be forever connecting and re-connecting in this world and in worlds beyond. It is divinely written in the soul contract.

The University of Virginia produced strong evidence supporting reincarnation based on clinical studies spanning decades. Reincarnation is a natural part of the soul’s evolution. It is therefore comforting to understand this divine truth when we lose our partner. ‘Knowing’ you will be reunited on the other side is a lot more reassuring than just ‘believing’ it might be true.

This collision of science and ancient wisdom helps us comprehend how the soul contract works – especially regarding relationships involving twin flames who die at the same time. How does that happen? What is it in the human body that allows the soul to transition following the death of a loved one? The answer lies in the heart. The heart contains ancient wisdom and the roots of consciousness. The heart is coded with your soul’s evolution and destiny. In fact, consciousness resides in the heart, not in the brain.

The Birth and Death Contract

Each one of us has an entry point and exit point from this lifetime which is predetermined by your soul contract. It’s a perfect design that you created before you incarnated here. Yet knowing there is a divine design, (which there is) doesn’t make the grieving process any easier. Losing any loved one can take its toll on your health. It’s important to listen to your body during the grieving time, and allow ample time to process the pain. Healing from a broken heart is unique for each individual. For a twin flame, the loss of a partner might even be life threatening.

The condition known as “the widowhood effect,” reveals spouses have a 66% increased chance of dying in the first three months following their partners death. These statistics are based on a 2013 study of 12,316 participants followed for over 10 years. The results, published in the Journal of Public Health were conservative with 66%, considering previous study showed a 90% increased risk of death following the loss of a partner. After the first three months, the risk of death drops to 15% according to the 2013 study. Men and women are both equally susceptible to the widowhood effect.

A 2008 National Institute of Health study examined more than 370,000 elderly married couples in the United States. This research found that within the first three months after one spouse dies, the chance that their partner will also pass is between 30 and 90 percent.

According to the University Hospital Science of Health Blog:

In a recent article from the Harvard School of Public Health:

It’s unclear what causes the increased death risk from losing a spouse. “It’s possible it’s a grief-related mechanism, or that providing care for the sick spouse causes illness in the surviving spouse, or that, as one’s spouse gets sicker, the surviving spouse stops taking care of their own health,” said senior author [[S V Subramanian]], professor of population health and geography in the Department of Social and Behavioral Sciences at HSPH, in a November 14, 2013 Reuters article.

The widowhood effect has the medical community divided regarding its nature and cause. Yet, the spiritual community is fairly clear on what’s going on. We are spiritual beings with profound power and wisdom, and as One, two souls can travel together through lifetimes. It is the eternal soul connection between twin flames. Nothing can extinguish the fire of true love. Deep connective tissue binds the twin flames in a unique journey through multiple lifetimes and dimensions.

This is true love in action. It is the miracle of the circle of life.