TRANSHUMANIST RIGHTS ARE THE CIVIL RIGHTS OF THE 21ST CENTURY 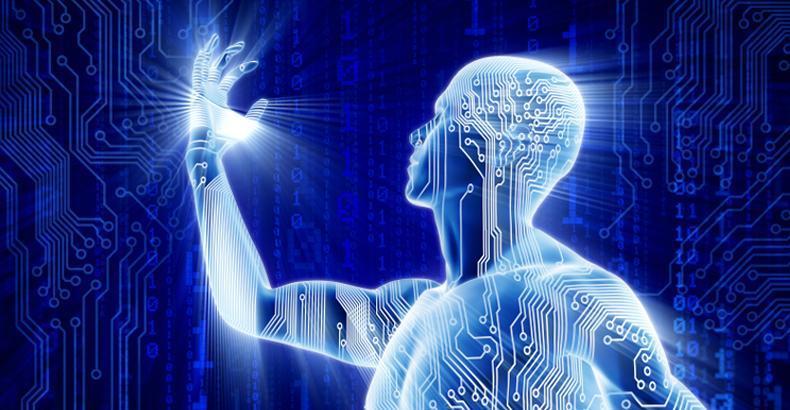 Maitreya One, a black futurist and hip-hop artist living in Harlem, steps off the Greyhound bus on a warm morning in Montgomery, Alabama. Wearing sunglasses and a backwards-facing baseball hat, he eyes the film crew covering his arrival. I walk up to him and give him a hug. I’m excited he’s here.

Maitreya is a civil rights link from the past to the future—and one of the few African-American transhumanists I know. He is stepping off one bus in Montgomery—whose roots are tied to the spectacular Freedom Riders who challenged segregation laws in the early 1960s—and onto another: the Immortality Bus, whose mission is to spread radical science and promote transhumanist rights.

Like others in the burgeoning transhumanism movement, Maitreya supports becoming a cyborg in the future, and he knows the coming controversy over such aims may end up as challenging as the civil rights era battles over racism.

To transhumanists—some who want to become new biological species and others who want to become machines—a new civil rights age is looming. We can already see the start of it with numerous calls for a research moratorium on human genome editing—a scientific feat that took place in China in 2015.

But there are many more difficult questions beyond directly modifying the biology of the human being. Should humans be able to marry robots? Should sophisticated artificial intelligences be given personhood? And are crimes committed in virtual reality punishable by jail time? The questions are endless.

Navigating the future of transhumanism is indeed thorny. And even though a lot has changed and improved in the 55 years since black and white Freedom Riders risked their lives—arriving in Alabama in buses to challenge Jim Crow segregation practices—bigotry, traditionalism, and closed-mindedness is alive and well. And this conservatism may hold us back.

“We need morphological freedom—the right to do with your body whatever you want, so long as it doesn’t hurt anyone,” Maitreya says. “We need real policies of justice that serve everyone and do not discriminate against new ideas.”

On the Immortality Bus, we head to downtown Montgomery to the Freedom Riders Greyhound station, which is now a museum. Outside are photos plastered to the building where white Southerners (some who belonged to the Ku Klux Klan) once attacked bus riders who wouldn’t segregate on buses or in bus terminals.

I ask if Maitreya thinks the future of transhumanist civil rights might become as violent as this.

“I hope not,” he answers. “I hope this was just a bad period of history in America. I can’t even believe all this happened because white and black people wanted to sit next to one another. It’s ridiculous.”

I agree with him, but I’m skeptical whether future civil rights won’t also have its share of violence as the world progresses forward. While my travels in the South as a pro-technology and non-religious U.S. presidential candidate have been met with kindness and curiosity, it’s also been easy to quickly turn off people.

As soon as I tell people I have a chip implant in my hand, opinions of my campaign seem to quickly change. Religious people dislike any type of technology that brings ups questions of Revelations in the Bible or the Mark of the Beast. Implants, a classic transhumanist technology, seems to provoke just those exact ideas.

Unfortunately, everything transhumanists are trying to accomplish—from conquering death with science, to merging with machines, to becoming as powerful as possible via technology—conflict somewhat with biblical scripture and conservatism. The word transhuman means “beyond human” and that’s what most transhumanists are striving towards. Naturally, that is going to rub the wrong way on many people who believe in the sanctity of the natural human body and traditional human experience.

Like any new potentially society-changing movement, transhumanism has its work cut out for it with future civil rights. The concept of personhood used to be a simple one, but with artificial intelligence and robots that can already nanny our children and cook dinners, we will soon see a time when courts must decide how far to take these ideas.

For example, if an intelligent robot makes money, should it be taxed? Or will all robots fall under a nonprofit entity status? Robots like this will likely arrive in households and the workforce before 2025, so we’re not talking some distance future, but something only years away.

In the biology realm, the issues are already here. Cloning is banned in many states. And stem cells derived from fetuses—a classic transhumanist pursuit—is frowned upon by many. Cryonics is illegal in some places in the world. The LGBT movement—which many transhumanists strongly support—will also be affected as gender reassignment surgery becomes an easy procedure. Many transhumanists, including myself, believe we’ll eventually arrive to a genderless world, made possible via science. Perhaps even more controversial, artificial wombs will challenge maternity, and also upturn abortion clashes. All this, besides the fact that men will soon be able to have babies themselves with uterus transplant surgery.

The coming conflict of advancing technology vs. human rights is a massive one. Already, we’ve seen some initial banning of Google Glass in public places, which I suspect made Google not push hard for the success of that product. Additionally, the U.S. National Institute of Health (NIH) recently reaffirmed its ban on gene editing of embryos. And laws of virtual persons are being discussed and applied to Second Life and similar places.

Easily, the biggest transhumanist issue in the future is robots taking jobs. Even South Korea has already replaced some prison guards with robotic guards. And some hotels now use robots, as well as Lowes, the home improvement giant. All these issues fall under the umbrella of transhumanist civil rights—and nothing in the young field is simple or for certain.

Some anti-tech naysayers and luddites are screaming to slow down technology before it gets out of control. Others, like myself, believe technology will only help the planet. History shows—at least in the last 30 years, according to the World Bank—that science and technology have been making lives longer and better for virtually everyone on the planet.

Despite my optimism, I still understand the need to tread carefully. We are in new territory, and endless amounts of discussion must reach the highest levels to find the best path. Unfortunately, even during the 2016 presidential cycle, virtually no politicians are discussing some of the most pertinent issues at hand, like designer babies, or A.I. controlling nuclear arms, or whether 3D printing of guns and bombs is legal and should be encouraged.

As a transhumanist U.S. presidential candidate, these issues are my main focus. In fact, the main goal of the Immortality Bus is to spread a newly written Transhumanist Bill of Rights that covers many of these issues. But as a third party candidate with virtually no chance of winning, much of it falls on closed ears.

It’s my hope, though, that through the music of people like Maitreya One or other initiatives of transhumanists, that more and more people will start to discuss the future—before it arrives and slams into us. That way, we might be able to avoid confrontation by understanding the possibilities before the next new civil rights battles emerge.