This Scientist Dedicated His Life to Unlocking the Secrets of Alchemy 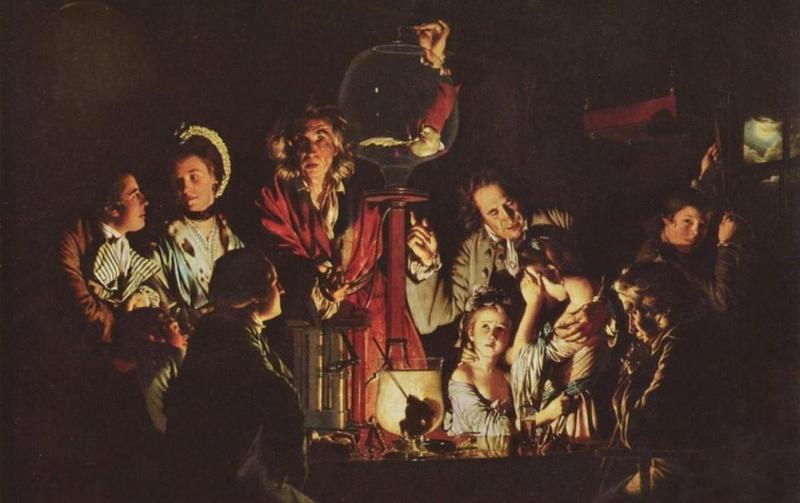 An alchemical recipe, kept secret for 400 years, hangs on a wall in the history department at Johns Hopkins University. The message is hidden in a picture of a large and muscular dragon. On a hill behind the creature, three animals tussle in mortal battle. A rooster pecks at the back of a fox, as if to eat it, while the fox is devouring another rooster.

This was an alchemist’s way of describing a chemical reaction. Understand it, and you will be able to transform gold.

Or you can simply ask Lawrence Principe to explain it to you. Principe, 55, is one of the world’s foremost experts in alchemy. After he solved the cipher of the dragon, Principe commissioned the scene in ceramic and hung it in his office, a scholarly version of a big-game trophy. A historian and a chemist, Principe pores over old treatises, then pours what he learns into antique glassware.

His work shows that alchemy should not be dismissed as cheap tricks. Principe has replicated alchemists’ ancient formulas, taking chemical reactions several steps beyond what skeptics thought possible. He has reproduced alchemists’ unusual materials, such as a glow-in-the-dark stone that remained a mystery for centuries.

In his chemistry lab, a short walk from the history department, the cabinets are full of alembics, retorts and other bulbous glass devices. On the counter sits a large jar labeled “Phlegm of acidified urine.” More than one alchemical recipe calls for human pee. Principe said an old Arabic text used the phrase “the secret is within you,” probably meaning: Well, reader, you go figure it out.

“But some people took that more literally,” Principe said, “so they ended up using vast amounts of urine.” Urine was cheap and surprisingly useful. It was the crucial ingredient in the discovery of the element phosphorus by Hennig Brand, a 17th-century alchemist whose preferred urine came fresh from beer drinkers.

Alchemists, even when they were mucking about with pub waste, saw their work as a way to improve upon the natural world. They wanted to create more powerful medicines and stronger building materials and, yes, turn cheap metals into gold.

The alchemical practice began about 1,500 years ago in Hellenistic Greece. It came to Europe by way of the Middle East. Like the word algebra, alchemy wears its Arabic influences in its name. Alchemy flourished in Europe between the 13th and 18th centuries. “What happens in the Middle Ages is that alchemy is celebrated — and it might be one of the first disciplines that is celebrated this way — as the power it gives to human beings to control nature,” Principe said.

By the 19th century, alchemists were branded as cheats or occultists. Or they were dismissed as crackpots, hunched over bubbling potions in smoky huts, on a quest for “the philosopher’s stone.” Harry Potter fans might recognize the stone as a minor plot point in the first book. But 400 years ago, alchemists believed that the mythological object was real, and that it would let them transmute lead into gold. (A few people still pursue the stone. “Practical alchemy is by no means dead,” Principe said. Though his preferred response to some living alchemists, he said, is to “run away.”) Until about 1700, there was no practical division between chemistry and alchemy. In his academic work, Principe refers to both under the umbrella of an old phrase, “chymistry.”

Four hundred years ago, Basil Valentine — not his real name — created a cipher, a copy of which is the trophy on Principe’s wall. Valentine believed he was on the trail of the philosopher’s stone. He designed 12 keys, or chapters, describing the steps required to find it. His later keys were conjecture. But his early ones can be replicated.

Valentine’s third key depicts how to turn gold into a large red crystal, which he called the Flying Red Dragon. Principe said:

The fox is “a particular kind of highly acidic liquid,” which Valentine described in a previous key. If you add gold to the acid, it dissolves: The fox eats the rooster. Distill the liquid, and the gold reappears. The rooster eats the fox.

“As you keep doing this again, and again, and again, you’re making a gold salt that, under just the right conditions, will actually sublime. It will rise in red crystals to the top of the distilling vessel,” Principe said. “And that’s the Red Dragon.”

Turning gold into a vapor remains an unusual feat. “Even today, if you talk to most chemists, and you say, 'I want to volatilize gold,' they're like, 'What are you talking about?'” Principe said. But he was able to perform the trick.

Principe has been challenging and sometimes vexing other scholars since his thesis work. In 1989, he analyzed pages and pages of Robert Boyle’s writings in the Royal Society of London. Boyle was a 17th-century philosopher and chemist, sometimes characterized as one of the fathers of modern chemistry for his experimental observations.

References to alchemy littered Boyle’s papers. “Everywhere I looked I could find attempts of him doing transmutation,” Principe said. Boyle said he witnessed the transmutation of base metals into gold. His papers included phrases that Valentine and earlier alchemists would have used.

Boyle’s modern fans did not take kindly to the revelation that he was actively engaged with alchemy. During one of Principe’s first talks on the subject, at an international conference, a man stood up in the audience. He opened up a copy of Boyle’s book The Sceptical Chymist

, and, with a preacher’s fervor, began reciting passages at Principe. After all, how could a father of chemistry have been infatuated with a subject so foolish as alchemy?

The historian dismisses some criticisms of alchemy as “armchair science.” On paper and in a pictogram, an alchemical text might seem outlandish or impossible. But time and again, Principe has followed these recipes to success, often producing odd, whimsical reactions.

Principe has shown “that the processes the alchemists described were made up of real laboratory steps, not just metaphors,” said Mary Ellen Bowden, senior research fellow at the Chemical Heritage Foundation in Philadelphia.

Italian and French scholars attempted alchemical reconstructions in the 1950s, Rampling said. But Principe was one of the first people who brought that technique into the mainstream of the history of science, she said.

To bring an alchemical text to life, Principe becomes a chemist of the gaps. Alchemists rarely wrote down the full necessary steps, perhaps because they were not aware that their environments often provided crucial ingredients. Principe was able to create white lead by realizing that it would be impossible to do in a modern lab. The chemical reaction needed to slowly heat up and cool down along with the ambient temperature of the day. An alchemist’s workspace, after all, didn’t have climate control.

Other times, the solution took Principe on a hunt for the same raw materials alchemists used. Consider the Bologna stone.

“It was discovered around 1602, and everybody wanted to make it,” Principe said. Expose the stone to light, and it glows in the dark for several minutes. But only the alchemists living near the Italian city of Bologna could get it to work. So there Principe went.

Principe climbed through steep clay gullies looking for the raw Bologna rock, called barite. He soaked the stones in distilled wine and roasted them over oak charcoal, per the instructions of 17th-century chymist Wilhelm Homberg. The stones glowed. (They also began to stink of sulfur, a side effect of the chemical transformation.)

A natural copper impurity in the Italian barite was the key to making the object’s luminescence last. Copper ions, once bathed in light, slowly released the stored energy.

When researchers recreate alchemy experiments, you gain a “very sensual, experiential feeling of what it’s like to do this kind of chemistry,” Rampling said. “You get a flavor of the emotional impact.”

The results can be stunning. Heat a substance called the Black Dragon, a powdery form of lead, and a gliding fire ignites. “The lead turns yellow,” Rampling said, “and the yellow floats above the surface of the lead like a tide. It’s very beautiful and very strange.”

Alchemy’s earliest critics thought transmuted gold would destabilize the economy. “It may look like gold. It may act like gold,” Principe said. “But it’s got some property, because it’s artificial, that we don’t know about.”

He said he saw echoes of these long-ago worries about things that are unnatural in current fears of science. “People still think that the vitamin C of a tablet is somehow different from what’s in an orange. We’re worried about genetically modified foods because,” Principe said, lowering his voice to sound conspiratorial, “what is about them that we don’t know?”

But alchemists “were using the best theories they could come up with to try to understand a very complex and very confusing world,” Principe said. “And that’s exactly what we’re doing now.” Not only are we following in the alchemists’ footsteps, he said, we are also in their line of succession.