The Myth of the Eight-Hour Sleep 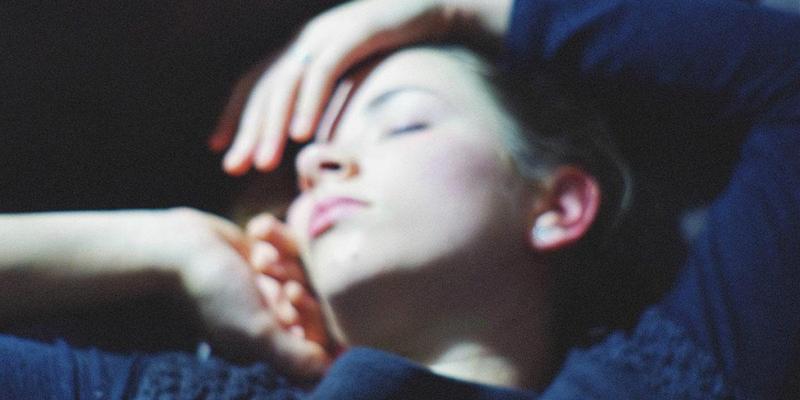 We often worry about lying awake in the middle of the night — but it could be good for you. A growing body of evidence from both science and history suggests that the eight-hour sleep may be unnatural.

In the early 1990s, psychiatrist Thomas Wehr conducted an experiment in which a group of people were plunged into darkness for 14 hours every day for a month.

It took some time for their sleep to regulate but by the fourth week the subjects had settled into a very distinct sleeping pattern. They slept first for four hours, then woke for one or two hours before falling into a second four-hour sleep.

Though sleep scientists were impressed by the study, among the general public the idea that we must sleep for eight consecutive hours persists.

In 2001, historian Roger Ekirch of Virginia Tech published a seminal paper, drawn from 16 years of research, revealing a wealth of historical evidence that humans used to sleep in two distinct chunks.

His book At Day's Close: Night in Times Past, published four years later, unearths more than 500 references to a segmented sleeping pattern - in diaries, court records, medical books and literature, from Homer's Odyssey to an anthropological account of modern tribes in Nigeria.

Much like the experience of Wehr's subjects, these references describe a first sleep which began about two hours after dusk, followed by waking period of one or two hours and then a second sleep.

"It's not just the number of references — it is the way they refer to it, as if it was common knowledge," Ekirch says.

During this waking period people were quite active. They often got up, went to the toilet or smoked tobacco and some even visited neighbours. Most people stayed in bed, read, wrote and often prayed. Countless prayer manuals from the late 15th Century offered special prayers for the hours in between sleeps.

And these hours weren't entirely solitary — people often chatted to bed-fellows or had sex.

A doctor's manual from 16th Century France even advised couples that the best time to conceive was not at the end of a long day's labour but "after the first sleep", when "they have more enjoyment" and "do it better".

Ekirch found that references to the first and second sleep started to disappear during the late 17th Century. This started among the urban upper classes in northern Europe and over the course of the next 200 years filtered down to the rest of Western society.

By the 1920s the idea of a first and second sleep had receded entirely from our social consciousness.

He attributes the initial shift to improvements in street lighting, domestic lighting and a surge in coffee houses — which were sometimes open all night. As the night became a place for legitimate activity and as that activity increased, the length of time people could dedicate to rest dwindled.

When segmented sleep was the Norm

In his new book, , historian Craig Koslofsky puts forward an account of how this happened.

"Associations with night before the 17th Century were not good," he says. The night was a place populated by people of disrepute — criminals, prostitutes and drunks.

"Even the wealthy, who could afford candlelight, had better things to spend their money on. There was no prestige or social value associated with staying up all night."

That changed in the wake of the Reformation and the counter-Reformation. Protestants and Catholics became accustomed to holding secret services at night, during periods of persecution. If earlier the night had belonged to reprobates, now respectable people became accustomed to exploiting the hours of darkness.

This trend migrated to the social sphere too, but only for those who could afford to live by candlelight. With the advent of street lighting, however, socialising at night began to filter down through the classes.

In 1667, Paris became the first city in the world to light its streets, using wax candles in glass lamps. It was followed by Lille in the same year and Amsterdam two years later, where a much more efficient oil-powered lamp was developed.

London didn't join their ranks until 1684 but by the end of the century, more than 50 of Europe's major towns and cities were lit at night.

Night became fashionable and spending hours lying in bed was considered a waste of time.

"People were becoming increasingly time-conscious and sensitive to efficiency, certainly before the 19th Century," says Roger Ekirch. "But the industrial revolution intensified that attitude by leaps and bounds."

Strong evidence of this shifting attitude is contained in a medical journal from 1829 which urged parents to force their children out of a pattern of first and second sleep.

"If no disease or accident there intervene, they will need no further repose than that obtained in their first sleep, which custom will have caused to terminate by itself just at the usual hour.

"And then, if they turn upon their ear to take a second nap, they will be taught to look upon it as an intemperance not at all redounding to their credit."

Today, most people seem to have adapted quite well to the eight-hour sleep, but Ekirch believes many sleeping problems may have roots in the human body's natural preference for segmented sleep as well as the ubiquity of artificial light.

This could be the root of a condition called sleep maintenance insomnia, where people wake during the night and have trouble getting back to sleep, he suggests.

The condition first appears in literature at the end of the 19th Century, at the same time as accounts of segmented sleep disappear.

"For most of evolution we slept a certain way," says sleep psychologist Gregg Jacobs. "Waking up during the night is part of normal human physiology."

The idea that we must sleep in a consolidated block could be damaging, he says, if it makes people who wake up at night anxious, as this anxiety can itself prohibit sleeps and is likely to seep into waking life too.

Russell Foster, a professor of circadian neuroscience at Oxford, shares this point of view.

"Many people wake up at night and panic," he says. "I tell them that what they are experiencing is a throwback to the bi-modal sleep pattern."

But the majority of doctors still fail to acknowledge that a consolidated eight-hour sleep may be unnatural.

"Over 30% of the medical problems that doctors are faced with stem directly or indirectly from sleep. But sleep has been ignored in medical training and there are very few centres where sleep is studied," he says.

Jacobs suggests that the waking period between sleeps, when people were forced into periods of rest and relaxation, could have played an important part in the human capacity to regulate stress naturally.

In many historic accounts, Ekirch found that people used the time to meditate on their dreams.

"Today we spend less time doing those things," says Dr Jacobs. "It's not a coincidence that, in modern life, the number of people who report anxiety, stress, depression, alcoholism and drug abuse has gone up."

So the next time you wake up in the middle of the night, think of your pre-industrial ancestors and relax. Lying awake could be good for you.