The Law of Thelema 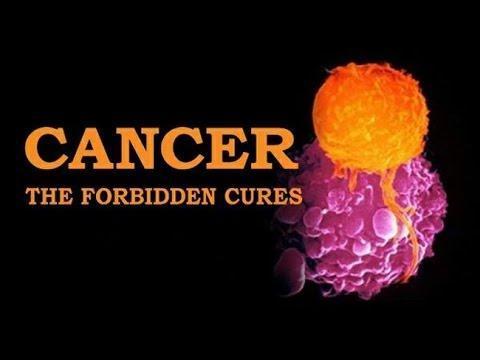 The Law of Thelema was revealed to the world by a praeterhuman Intelligence calling himself Aiwass in Cairo, Egypt in March and April, 1904 e.v. Aiwass appeared first to Rose Edith Kelly nee Crowley, in an altered state of consciousness (ASC), and subsequently to the British poet and magical adept, Aleister Crowley (born in Leamington, England on October 12, 1875 e.v.). Aiwass proceeded to demonstrate his objective existence independently of the psyches of both Crowley and Rose, by leading them to the stele of Ankh-af-na-khonsu, a Theban Egyptian priest of the 8th century B.C.E., in the Boulak Museum, where they had never been. He then dictated a sacred text to Crowley called the Book of the Law. For five years thereafter Crowley resisted the Law of Thelema and the mission of Thelemic prophet laid upon him by Aiwass, regarding the Cairo Working, as it is called, as an "astral vision" (i.e., a purely imaginative – but not "imaginary" – experience). However, Crowley’s subsequent attainment of the grade of Master of the Temple in the Supreme College of the Great White Brotherhood resulted in his acceptance of the Law of Thelema and of his own prophetic role as described in the Book of the Law. Crowley proclaimed himself as the prophet of a new eon for humanity for the first time in his long mystical poem, Aha! (1909), which has been compared in beauty and profundity to the Bhagavad-Gita. Thereafter he signed his correspondence and formal instructions with the two main slogans of the Book of the Law, “Do what thou wilt shall be the whole of the Law” and “Love is the law, love under will.”

Crowley founded a magical society, the A. ..A. .., took over the leadership of another, the O.T.O., and wrote a series of formal instructions promulgating the Law of Thelema, as well as teaching Scientific Illuminism and Magick. Many of these formal instructions were published during his lifetime in his Equinox periodical and elsewhere. Crowley believes that the Law of Thelema resolves all spiritual quandaries, harmonizes science and religion, and supersedes all historical dispensations, establishing a new cultural epoch for humanity, which he calls the New Aeon of Horus, the Crowned and Conquering Child. According to Crowley, the New Aeon will endure for at least several hundred years, possibly for as long as two thousand years.

During his lifetime Crowley succeeded in attracting a small following, mainly in Germany and America, of no more than one or perhaps two hundred souls (counting all those who adhered to Crowley at any time, for any length of time; a much smaller number remained faithful to Crowley at the end of his life). Crowley lost many followers due to his troublesome personality and libertine lifestyle, especially after he came to the attention of the British tabloid press following the First World War. After his death, Crowley left behind him a disorganized and demoralized O.T.O. movement which has since split up into several competing factions, notably the American Caliphate founded by McMurtry, the Swiss O.T.O. founded by Metzger, the English O.T.O. under the leadership of Kenneth Grant, and a Brazilian O.T.O. founded by Marcelo Ramos Motta. A very few members of the original A. ..A. .. also carried on the work in a very limited way, but the A. ..A. .. organization qua organization did not survive Crowley, at least not openly.

A larger number of revivals of the O.T.O., A. ..A. .., and other self-professed Thelemic groups, without any clear historical link to Crowley, with various, sometimes divergent points of view, have also come into existence since a revival of interest in Crowley’s work associated with the counterculture revolution of the 1960s and 1970s. Today the Law of Thelema has attracted several thousand adherents worldwide, as well as a larger following of curiosity seekers, including several prominent rock stars. The Law of Thelema has a strong presence on the Internet, and many of Crowley’s writings are available online. Crowley first editions are in demand, and fetch high prices in the rare book market.

The Law of Thelema, also called Scientific Illuminism and Magick (spelled with a terminal 'k' to distinguish the authentic science of the Magi from sleight of hand), originated in the Cairo Working. At the time, Crowley interpreted the Cairo Working as an astral vision. At this time, Crowley was a Minor Adept of the Hermetic Order of the Golden Dawn. The Golden Dawn was the most distinguished occult society of recent times, which included such luminaries as the poet William Butler Yeats and the Buddhist bhikkhu, Allan Bennett (Bhikkhu Ananda Metteyya). Thus, at the time of the Cairo Working Crowley was an advanced experimental occultist in his own right, although Rose, who was pregnant with their only child, had no experience as a clairvoyant. Crowley was also a published and fairly well known minor poet of controversial verse, yogi, world-class traveler and mountaineer, pornographer, drug taker, and wealthy libertine.

Crowley’s father, Edward Crowley, used the leisure that the small brewing fortune that he inherited from his father provided him to spread the gospel of Jesus Christ according to the fundamentalist teachings of the Plymouth Brethren sect. Crowley reacted against this fundamentalist and evangelical upbringing but his interest in religion, which, despite his promiscuous lifestyle, was serious and sincere, persisted. Because of his wife's and his contact with Aiwass, Aiwass dictated to Crowley a sixty-five-page document, called the Book of the Law, in length about equal to Lao-tse’s Tao-te ching. Crowley came to regard the Book of the Law as having nothing whatever to do with himself, despite the similarity of style and sentiment to Crowley's previously published writings (despite these similarities, the Book of the Law is also very different, being far more disorganized and ecstatic than anything Crowley produced before or after, and referring to events in Crowley’s future that subsequently occurred). During this dictation Crowley "saw" Aiwass, who appeared as an Assyrian or Persian aristocrat with veiled eyes. Crowley also stated that Aiwass’ English was devoid of any accent.

The Book of the Law is written in a flamboyant style, punctuated by innumerable exclamation points as well as powerful passages of real sublimity, profundity, and beauty, addressing a host of real spiritual problems, and prophesying various events, most notably the advent of the Second World War in the 1940s, which was fulfilled thirty-five years later. The Book of the Law is both a radical postmodernist critique and an endorsement of religion, which claims to go beyond all previous historical dispensations and reveal to humanity nothing less than the basis of a new spiritual epoch, the New Aeon of Horus, the Crowned and Conquering Child.

In Egyptian mythology, Horus is the son of Isis, the Great Mother goddess, and Osiris, the Dying God. After Osiris is slain by his murderous brother Set, Horus rises up against Set and assumes the throne and place of his father, Osiris. In the Thelemic exegesis, Horus represents the inauguration of a new spiritual way, which will be preceded by a transitional period of unprecedented disaster and suffering (Set), in the very beginning of which we are now (Crowley believed that this period would last several centuries, and would ultimate in the destruction of Judaeo-Christian civilization, which he identified with Osiris, the Dying God).

In fact the Book of the Law is heavily indebted to various literary precedents, including the Judaeo-Christian apocalyptic writings, Gnosticism, Zoharic Cabala, magic, the Enochian writings of Dee and Kelly, the Hermetic Order of the Golden Dawn, Hindu and Buddhist Tantra, Taoism, and even Vodou, and, more recently, the writings of Francois Rabelais, Max Stirner, Friedrich Nietzsche, and others. The word "Thelema" is derived from the Greek θελημα, meaning "will," and is believed to conceal various symbolic allusions in the letters and their numerical values (like Hebrew and Arabic, Greek letters are also numbers). Will is preeminently, however, not free, but true, thus raising the Law of Thelema above simple libertarianism.

Thelemites are divided into two main spiritual schools or orders, the A...A... (Astrum Argentium, or Silver Star), and the O.T.O. (Ordo Templi Orientis, or Order of the Temple of the Orient) (there are at least two more Thelemic organizations authorized by Crowley, viz., the L.I.L. and the G.B.G., and a few that appeared posthumously, but the former are the main ones).

The A...A... is a temporal manifestation of the Great White Brotherhood, and not necessarily the only one, one of the three fundamental spiritual schools of humanity, the others being the Black School, associated mainly with Buddhism and Gnosticism, and the Yellow School, associated mainly with Taoism. In addition to the White, Black, and Yellow Schools, there is a fourth group called the Black Brotherhood, not to be confused with the Black School, whose adherents consist of high ranking adepts who, through fear and selfishness, failed to transcend the limitations of the human personality and hence “fall back into” or “remain in” the abyss, where they morally disintegrate. The Black Brothers are at odds with all true spiritual schools, and seek to dominate the human race, subjecting them for their own purposes. They are closely associated with the exoteric systems based on priest craft and rules, which almost completely reject the pursuit of personal spiritual experience in favour of a rule-based ethic of obedience, conformity, and vicarious salvation. The Black Brothers interfere with human history in pursuit of their own agenda, precipitating wars, chaos, and social strife, promoting authoritarianism, materialism, rationalism, industrialism, urbanism, scientism, and collectivism, and repressing all authentic spirituality in the pursuit of global domination and the subjection of the human race. The White School is also involved in human history, much more so than either the Black or Yellow Schools, which avoid worldly involvements. Many of the greatest historical spiritual teachers, as well as many artistic and scientific geniuses, have actually been Secret Chiefs of the Great White Brotherhood, who have entered into incarnation in order to help guide humanity towards the realization of the ultimate goal, the attainment of universal enlightenment. Aleister Crowley himself claimed to be a Secret Chief of the White School, and not a Black Brother, although in a moment of pique he described himself as a "black magician."

The A...A... is divided into ten grades, plus four intermediate grades (shown below in square brackets), divided into three orders, which altogether comprise a complete system of spiritual attainment, as follows (from highest to lowest):

The Order of the Silver Star (The S.S.)

The Order of the Rose-Cross (The R.C.)

The Order of the Golden Dawn (The G.D.)

The ten main grades correspond to the Cabalistic Tree of Life, a diagram that represents the correspondence between macrocosm and microcosm, reality and consciousness.

As in the A...A..., the O.T.O. is divided into three sets of three grades, the three main grades being (from lowest to highest) the Man of Earth, Lover, and Hermit, based on the grades described in the Book of the Law. However, unlike the A...A..., these grades are ritually conferred in the style of Freemasonry and correspond to increasing degrees of intelligence not tied to actual magical or mystical tasks or attainments.

by Max Demian For Religious Tolerance