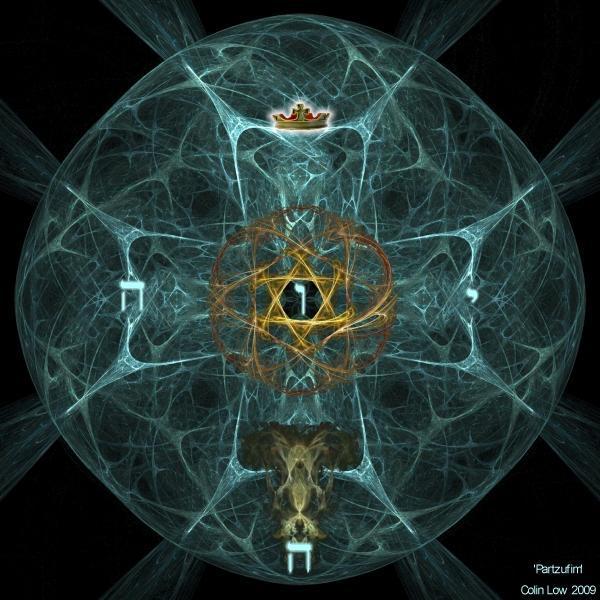 There is not one but an infinite number of qabalahs. Each of us have a unique relationship with the symbols used in qabalistic magic. Therefore each of us are building a personal and unique version of the Tree of Life. Every qabalist must chose and construct the symbolic pattern that is best suited to cooperate with the subconscious. There are a number of main streams to choose from. This website gives emphasis to the line of Hermetic Qabalah, which was developed from a number of sources through history.

The core of the qabalistic tradition are the teachings of Jewish mystecism, based on an esoteric interpretation of the first five books of the Bible, the Pentateuch of Moses. In this tradition appeared between 400 and 700 A.D. a significant kabbalistic treatise: The Sepher Yetzirah (Book of Formation). It describes the creation of the entire universe through the twenty-two Hebrew Letters, and defines concept of the ten Sephiroth. In the late Eleventh Century, another influential paper was published: The Sepher ha-Bahir. It refers to a secret Tree composed from the Sephiroth which were considered emanations of divine light (it has been translated into English by Aryeh Kaplan).*

During the thirteeth century Isaac the Blind of Narbonne wrote a commentary on the Sepher Yetzirah and the Bahir that spurred an intellectual opsurge of kabbalistic philosophy in Spain and in France. Around 1280, it culminated with The Zohar (Book of Splendour) written by Moses de Leon, a commentary on mystical cosmology and the Bible that became of paramount importance to kabbalist theologists for centuries (a small part of it has been translated into English by MacGregor Mathers as "The Kabbalah Unveiled").

The merging with hermeticism during the renaissance

This originally Jewish mystery tradition was brought into Christian circles during the Renaissance. Cosimo de Medici, of the well-known family that ruled the city of Florence, Italy for three centuries, established a Platonic Academy. In 1460, he let scholar and magician Marsilo Ficino translate the so-called Corpus Hermeticum into Latin. It was believed to be a work of the god Hermes Trismegistos (Thrice-Greatest Hermes) a Greek form of Thoth, the Egyptian god of wisdom and magic pictured on the top of this page. It covers many issues from cosmic principles and magic to astrology, alchemy and medicine.*

Some decades later, count Giovanni Pico della Mirandola, who was studying at the Academy, translated a number of the major qabalistic texts into Latin, and argued in the thesis "Oration on the Dignity of Man" that kabbalah and magic together revealed the true foundation of Christianity. In this open-minded Renaissance atmosphere, a line of thinking was eventually established, where hermeticism and kabbalah became increasingly intertwined. They were later influenced anew by systems like John Dee's Enochian magic and rosicrucianism.*

The revival of the late nineteenth century - the golden dawn

Most of today's Hermetic Qabalah was developed by one particular mystery lodge of the late nineteeth century: The Hermetic Order of Golden Dawn, founded in 1888. The prime members of this magical society influence the qabalah of today in both theory and practice: S. L. MacGregor Mathers, William Winn Westcott, A. E. Waite, Aleister Crowley, Israel Regardie and Dion Fortune. Most of the material, lectures and rituals of the Order was published in 1937 by Israel Regardie in his multi-volume "The Golden Dawn". The work of the order has been influencing almost any modern mystery school to this day, and you will find an infinite number of "Golden Dawn"'s represented on the Internet.*

One important effort of the Order was to develop a coherent application of the 78 cards in the tarot deck to the Tree of Life, including the 22 Hebrew Letters. This made the symbolism of tarot available as a vehicle for pathworking on the Tree. Mathers himself designed the Golden Dawn Tarot deck, Waite was behind the Rider-Waite deck, and Crowley was, of course, fathering the Thoth Tarot.

The difference between qabalah and kabbalah

The spelling of qabalah with a Q was introduced by Mathers to seperate the Hermetic Qabalah from the Kabbalah of the Jewish tradition which has developed on a path of its own. A highly important difference between these two traditions is the role played by symbols.

In short, symbols are considered doors to the divine by the hermetic qabalah, while Jewish mystics seek to experience consciousness undisturbed by symbols (Mosaic Law even forbids symbolic representations of the human form). Therefore, Jewish oriented kabbalists normally don't accept the whole branch of hermetic influence, even when combined with the Hebrew godnames of the Pentateuch.