Scientists Figured Out How to Stop People from Smoking 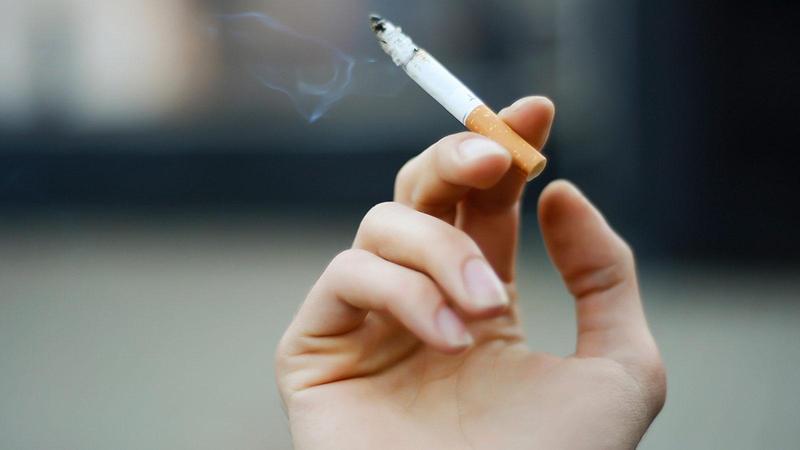 A chart published last month by the European Union as part of a survey about attitudes towards tobacco in Europe lists the percentage of daily smokers in 28 countries. At the top is Bulgaria, where 36 per cent of the population smokes daily. Greece and France are close behind, with 35 and 33 per cent respectively.

Further down the list are Spain (26 per cent), Italy (24 per cent) and Germany (23 per cent). Near the bottom are Britain, the Netherlands and Denmark, all at 16 per cent. As of 2015, 15 per cent of Americans were smokers, according to the Centres for Disease Control and Prevention.

Finally, represented by a conspicuously short red line at the bottom, is Sweden, where only 5 per cent smoke daily.

Let me repeat that: the smoking rate in Sweden is 5 per cent.

Do you know how astonishing that is? A few years ago, the medical journal The Lancet launched a campaign for "a tobacco-free world by 2040". Its definition of "tobacco-free" was a smoking rate of less than 5 per cent. Sweden is basically there.

Why have Swedes stopped smoking? Because Sweden has adopted a "harm reduction" strategy. It has largely replaced deadly cigarettes with a product that supplies users with both nicotine and tobacco yet doesn't increase the odds of dying the way smoking does. That product is called snus (rhymes with goose).

A modern iteration of snuff, snus are little pouches of moist tobacco placed under the upper lip. Scandinavians have been ingesting nicotine via smokeless tobacco since the early 18th century, a habit that changed only during World War II, when cigarettes became popular. Smoking peaked in 1980 in Sweden at 34 per cent of the population. Since then, the growing awareness of the dangers of smoking has brought about a steady, year-over-year reduction in the smoking rate, just as it has in much of the Western world.

Unlike most of the world, however, Swedish smokers already had a traditional way to stop smoking without having to overcome an addiction to nicotine, which of course is what makes quitting so difficult.

And that's what they did. In the 1990s, cigarette sales declined while sales of snus rocketed. By about 1996, more snus cans were being sold than cigarette packs, a gap that has widened in the ensuing years. Today, 15 per cent of Swedes use snus.

You might assume it took a major government marketing campaign to persuade people to move from cigarettes to snus, but that's not what happened. Although snus makers such as Swedish Match are not allowed to claim that their product is less harmful than cigarettes, the Swedes figured that out for themselves. The government did eventually create tax incentives for people to choose snus over cigarettes.

In effect, Sweden has been conducting an important experiment for 30-plus years, one that tobacco-control advocates have long claimed they wanted to see. What happens when, instead of relying solely on societal persuasion to get people to quit smoking, you offer them a nicotine fix without the carcinogens that come with smoking?

The answer is that smokers will embrace that solution. And as they do, smoking-related deaths will drop dramatically. No doubt there will be non-smokers who decide to use snus (or e-cigarettes) and become hooked on nicotine, an addictive but non-lethal substance. But that seems a small price to pay to get Sweden's results. In any case, that's why they call it a "reduced harm" approach rather than a "harm-free" approach.

What is truly maddening is that, despite the powerful evidence provided by Sweden, most countries refuse to acknowledge it. The EU won't allow snus to be sold in most of its countries. In the US, the FDA last year turned down Swedish Match's application to be allowed to advertise snus as less harmful than cigarettes.

Most tobacco-control advocates in the West continue to push the idea that quitting all forms of tobacco and nicotine is the safest policy - true, but a classic example of the perfect being the enemy of the good. And they continue to harbour a deep suspicion of alternative nicotine products. Their understandable animus toward Big Tobacco has clouded their ability to see that replacing one kind of tobacco product (combustible cigarettes) with another (snus) can save lives.

The difference between the Swedish smoking rate and that of the next-lowest countries is enormous. If the West really hopes to achieve a tobacco-free world by 2040, Sweden has pointed the way. Like it or not, harm reduction is the only answer.