Home/Articles/Right To Die In Jainism
June 16

Right To Die In Jainism

On June 9, a law allowing patients with terminal illnesses to finish their own lives with assistance from a doctor came to effect in California, starting discussions about whether human life ought to be extended against the desire to die peacefully and with dignity.

A similar yet distinct dialog was taking place in India for the last several decades, but in reverse.

In one of India’s religious customs, Jainism, people in the end of life can opt to embrace a final fast transition from one body to another. But a recent court case has challenged the constitutionality of this practice.

A rite to final passage 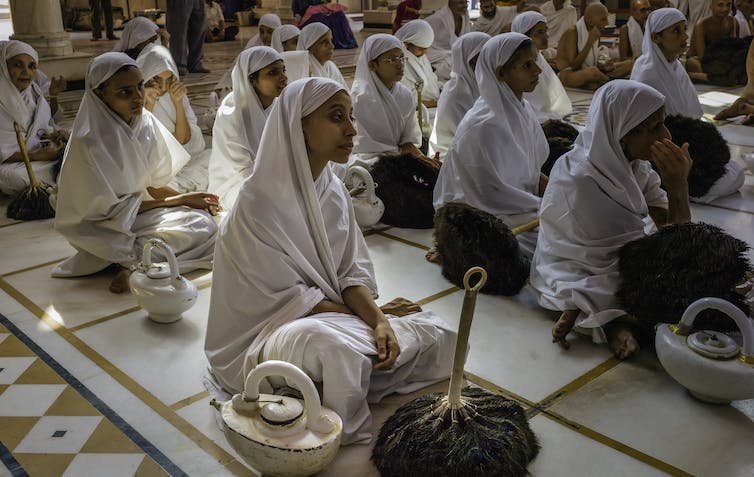 In Jainism, those at the end of life can embrace a final fast. www.shutterstock.com

It’s estimated that some 200 Jains, both lay and monastic, complete the final fast each year. Jains residing elsewhere in the world observe the practice as well.

For example, two Jain women who were born in India but spent most of their adult lives in the United States decided to fast at the last days before death. Vijay Bhade, a Jain girl from West Virginia, entered a fast unto death in 1997. A more recent instance has been Bhagwati Gada, from Texas, who suffered from advanced stage cancer and chose to fast unto death in 2013, after going through several rounds of chemotherapy.

Who are the Jains?

Jainism appeared over 2,800 years ago in northeast India. It teaches a philosophy proclaiming the presence of countless eternal souls that, as a result of their actions or karma, bind themselves to repeated lifetimes.

These souls could manifest as elemental beings in the earth or water or fire or air. They can evolve to become micro-organisms and plants or eventually take forms as worms, birds, insects, mammals or reptiles.

By committing acts of goodness, they may take human shape and ascend to a place of everlasting freedom at the highest limits of the universe, where they continue to observe forever the repeated rounds of existence experienced by the many souls below.

Jains do not believe in a creator God or an external controller. All experiences, good and bad, are due to one’s own exertions. The secret to spiritual ascent resides in the performance of five vows also shared by Yogis and Buddhists in India: nonviolence, truthfulness, not stealing, celibacy and nonpossession.

Jains believe the practice of these vows helps release fettering karmas that impede the energy, consciousness and bliss of the soul. Every ethical success lightens the spirit of its karmic burden. Mohandas Gandhi, the renowned leader of India’s liberty, who grew up in the company of Jains, used these vows personally and as a collective strategy of nonviolence to help India overcome the shackles of British colonization.

Freedom yes, but can there be coercion?

Up until recent decades, the fast unto death process has been celebrated with newspaper announcements that laud the monks, nuns, laymen and laywomen who undergo this vow. However, of late, questions have been raised whether it may lead to coercion and cruelty.

In 2006, a young attorney in Rajasthan, Nikhil Soni, challenged the constitutionality of the action, saying that it violates the anti-suicide legislation that had been in put place by the British to block the immolation of widows on their husband’s funeral pyre. The practice of widow burning has endured, despite many attempts to abolish the practice.

The high court of Rajasthan ruled in favour of Soni in 2015, effectively making the tradition of fasting to death punishable by law. But a few months later, the Supreme Court of India placed a stay on this judgment. 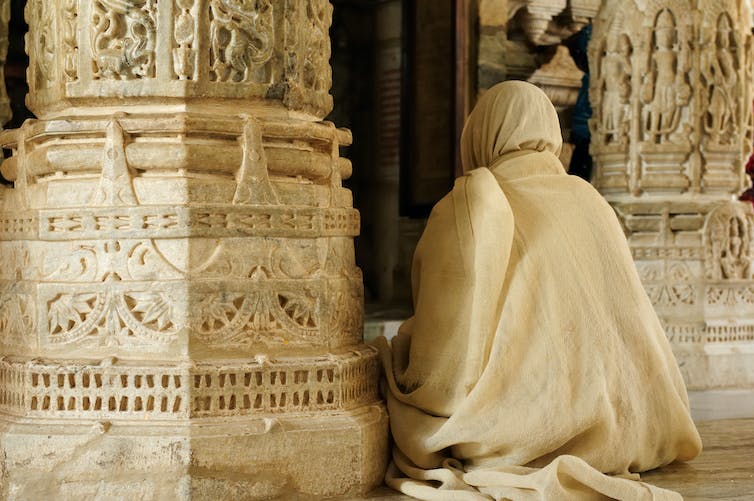 The fast is a guided process. www. shutterstock.com

Entering the fast demands counsel and consent from one’s religious advisor. And the process of rejection of food is gradual. To begin with, one takes some yogurt, then just milk, then juice, finally moving from water to complete rejection of any nourishment or hydration.

Physicians say that this can be not death by starvation but by dehydration. The body goes into a state of ketosis (when the body begins to break down stored fat for energy), often accompanied by a peaceful state.

What do we learn from these religious practices?

Debates on end of life concentrate on the”rights” approach, thus appealing to the rational mind. Spiritual traditions on the other hand argue that it makes no sense to prolong suffering. They use a”rites” approach to the inevitable passing of the body.

Jains think the spirit has always been here, the spirit cannot be ruined and through the process of death, one transitions to some other body.

The Jain tradition demonstrates how we could proceed without attachment into death rather than clinging to life. In their acceptance of the inevitable, they set an example that death isn’t an evil but an chance to reflect on a life well-lived and look ahead to what lies ahead.

This service is meant as an opportunity for first time clients who are interested in coaching and want to learn more. Coaching helps get you from where you are…

During our online meeting, I will guide you through a meditation session for you to have a Third Eye perception experience. You do not need to know how to medi…

Jainism
The Three Jewels of Jainism

I don’t write about my parent’s religion here very often, but since this weekend marks the 16th Biennial Jaina Convention, we might as well discuss Jainism.

Jainism is considered one of the most ancient religious traditions of India. There was a time when Jainism was popular both in north and south India and patron…

I don’t write about my parent’s religion here very often, but since this weekend marks the 16th Biennial Jaina Convention, we might as well discuss Jainism.