Researchers unravel the real cause of dandruff, and it's not what you think 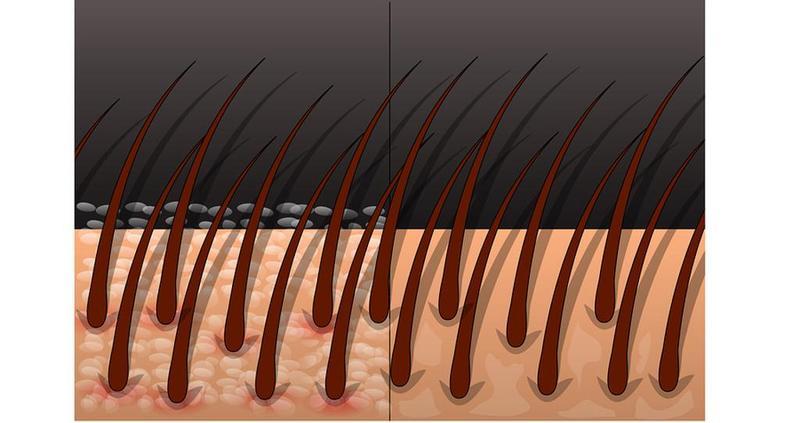 Back in 1874, a French microbiologist named Louis-Charles Malassez noticed a fungus — which he dubbed Malassezia — on the scalps on people who had dandruff. He suggested a correlation that has stuck for almost 150 years: fungus is at the root of the itches and flakes associated with dandruff. But a new study disproves that theory and points the finger instead at bacteria as the cause of the uncomfortable and often unsightly condition.

In a study of 363 adults with and without dandruff, Zhijue Xu of Shanghai Jiao Tong University in China and his team have discovered that dandruff is more closely linked to the presence of Staphylococcus bacteria on the scalp than fungus, according to the Scientific Reports arm of Nature.com. In fact, researchers found Malassezia in similar amounts on the scalps of both dandruff sufferers and those without the condition. When it came to bacterial profiles, that's when things started to look different.

People with dandruff had higher amounts of Staphylococcus, and much smaller amounts of a different type of bacteria, Propionibacterium, than those without dandruff. So it may not simply be the presence of one bacteria; it may also have to do with the absence of another that determines who gets dandruff and who doesn't.

Researchers also noted that dandruff sufferers tended to have less water and oily secretions on their scalps than others, but it's unclear if this is a cause of dandruff or a side effect. Unraveling this mystery — and learning more about the role that bacteria plays in the development of dandruff — could help manufacturers develop better products to alleviate the condition.

While there is no known cure, current dandruff treatments use zinc-pyrithione in their formulas, an antifungal chemical compound that also kills certain bacteria, such as Staphylococcus. Researchers think that new formulas might focus instead on balancing bacterial levels on the scalp to promote Propionibacterium and suppress Staphylococcus.