Rediscovering the Alchemy of Isaac Newton 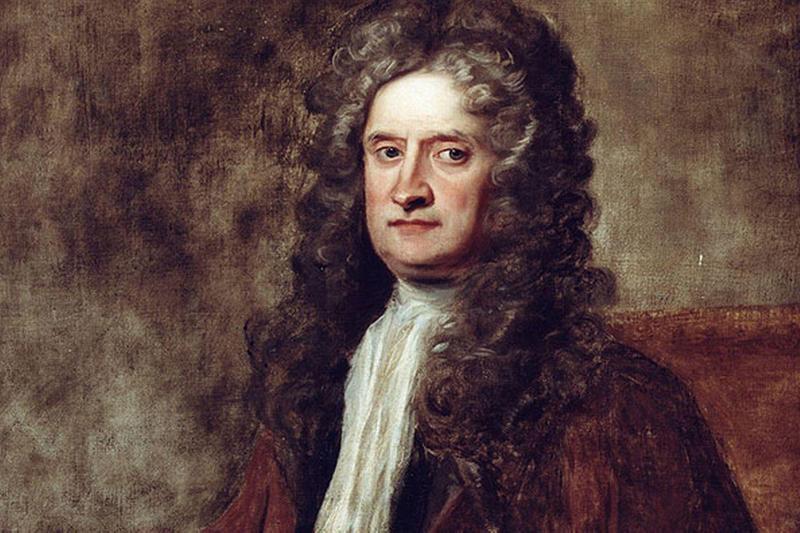 Isaac Newton, the English physicist and mathematician revered as the father of modern science, devoted a great deal of time to the study of alchemy. All told, he wrote more than 1 million words on chemistry’s medieval forerunner, which largely concerned itself with efforts to find the elusive “philosopher’s stone” that would transform base metals such as lead into gold. After decades hidden from the world in a private collection, a manuscript in which Newton copied and annotated an alchemist’s cryptic recipe for preparing a substance called “sophick mercury” will soon be available online for public study.

During Newton’s lifetime, alchemy and chemistry were considered virtually interchangeable. It would not be until after his death, in 1727, that chemists would begin to rebrand themselves and their chosen science and distance themselves from the business of making gold from lead and other base metals. Alchemy, dismissed as the stuff of foolish, greedy fantasies, became viewed as a kind of pseudoscience, unworthy of such a great scientific mind as Isaac Newton’s.

As a result, when Newton’s alma mater, Cambridge University, had an opportunity to archive his voluminous cache of alchemy recipes in 1888, they turned it down. Instead, the documents eventually sold at auction in 1936, fetching a combined total of just over 9,000 British pounds, a relatively paltry sum given Newton’s stature. (For comparison’s sake, a single sheet from a manuscript of Newton’s religious text “Paradoxical Questions concerning the morals & actions of Athanasius & his followers” sold to an unknown buyer for $18,000 at an auction in 2001.) Many of the alchemical texts ended up in the hands of private collectors, where scholars couldn’t access them.

The American-born Starkey, known to be Newton’s favorite alchemist, wrote under the Latin pseudonym Eirenaeus Philalethes, which means “the peaceful lover of truth.” Though Starkey published a text detailing the preparation of sophick mercury in 1678, Newton’s manuscript contains a version of the recipe obtained before it was published, according to James Voelkel, curator of rare books at the Othmer Library and resident scholar at the Beckman Center for the History of Chemistry. As Voelkel told Fox News, “We can tell this from Newton’s comments in square brackets that either expand abbreviations in the other manuscript or correct it.”

Starkey’s recipe, as translated by modern scholars, involves repeatedly distilling mercury before heating it with a small amount of gold. The process will apparently produce a striking-looking alloy with delicate branch-like structures, resembling a tree. Though there is no evidence that Newton actually made sophick mercury, the handwritten manuscript promised to help scientists better understand how the great physicist interpreted the often cryptic and encoded recipes used in alchemy.

Even more revealing are the notes that Newton jotted down on the back of the manuscript. They concern his own method of distilling iron ore–on which Newton focused most of his laboratory efforts over the course of his alchemical career. Long dismissed as an unworthy pursuit, alchemy has been credited by more recent scholars as influencing Newton’s other, more respected labors. Notably, these include his work with optics, the physics of light.

“Alchemists were the first to realize that compounds could be broken down into their constituent parts and then recombined. Newton then applied that to white light, which he deconstructed into constituent colors and then recombined,” science historian William Newman recounted to National Geographic. “That’s something Newton got from alchemy.”

by Sarah Pruitt For History