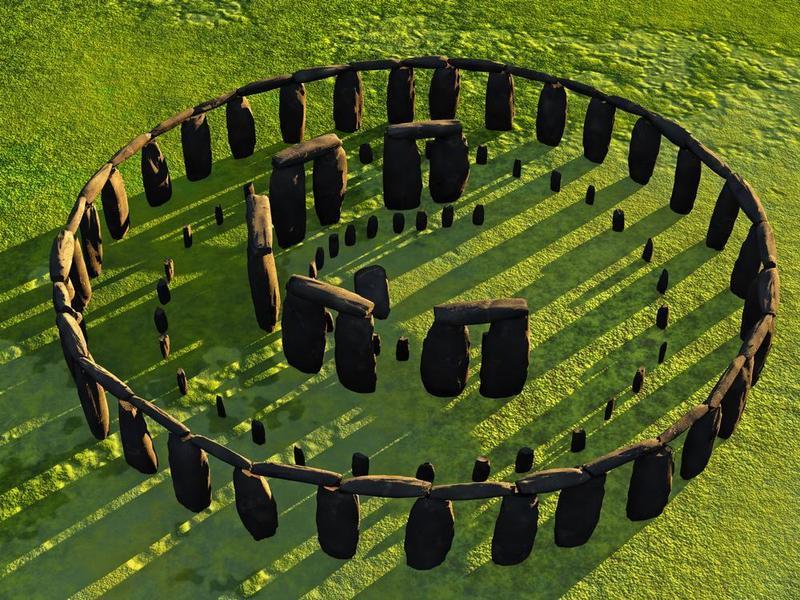 Summer solstice is fast approaching, and on the 20th June over 20,000 people are expected to gather at the world-famous Stonehenge to celebrate and watch the sun rise above the Heel Stone and shine on the central altar. For those of us in the northern hemisphere, this is a time when the sun's path stops moving northward in the sky, the days stop growing longer and will soon begin to shorten again.

Over 5000 years old, Stonehenge was built in three phases between 3,000 B.C. and 1,600 B.C. Its full purpose remains unknown yet the mystery that surrounds Stonehenge is so enduring and popular that last year over 1.3 million visitors flocked to this ancient monument. There are even several man-made copies of the world-famous heritage site have been built around the world, including an impressive full-scale replica at the Maryhill Museum in Washington, USA.

Stonehenge famously aligns to the solstices, but for the rest of the year it seems strange that these ancient builders would not be aware of the current day, or for that matter how many days remained to the next solstice event. However, a new theory has been presented that suggests Stonehenge was used for more than just marking the winter and summer solstices, or as a sacred burial site.

Recently, Lloyd Matthews (scale modelling expert based in the UK) and Joan Rankin (a retired historian living in Canada), have made an ambitious attempt to rethink the purpose of Stonehenge. Their conclusion, after three years of extensive and laborious research, is that the entire structure was, in fact, a complex and significant prehistoric calendar that could actually count the individual days in a year. Not only did Stonehenge act as a solar calendar, similar to the western calendar used today, but it also acted as a lunar calendar and was important for a developing agricultural society to successfully plan for the seasons.

Lloyd Matthews spent 6 years meticulously researching and constructing two scale models of Stonehenge for display at The Maryhill Museum of Art. The models show Stonehenge as it stands today and as it would have originally looked when built.

During its construction, Mr Matthews identified three distinct carvings on three of the large stones known as Trilithons. Curiosity piqued, Mr Matthews approached several experts at the time who were unable to provide an explanation as to what these symbols meant. Dissatisfied with the responses, Mr Matthews decided to continue his research into this ancient puzzle with the help of Joan Rankin, an authority in prehistory.

Together, they may have not only successfully cracked the mystery of these three symbols but also discovered the original purpose of 56 unusual holes that were dug around Stonehenge during the very first phase of its construction, famously known as the Aubrey Holes. It appears that these holes could likely have been used as a calendar counting system used to keep track of each passing day, with six and a half revolutions around Stonehenge marking a full year, and using the rising of the Summer Solstice sun as a way of astronomically marking the starting point of each new year.

As for the mysterious shapes carved into the Trilithons, they have shown how these symbols may have been deliberately positioned to allow the ancient astronomers at Stonehenge keep track of other significant astronomical cycles, including its use not only as a solar calendar but also as a lunar calendar.

Dr Derek Cunningham, an established archaeological expert has even embraced this new theory himself, saying that "the idea is based on some solid observations. Not only can Lloyd now explain his three shapes, Joan's ideas help explain the layout and also the number of Aubrey Holes seen at the site. Neither had been satisfactorily explained before."

Dr Cunningham goes on to say, "Further work is expected, but it now appears that Stonehenge may finally be giving up some of its secrets."