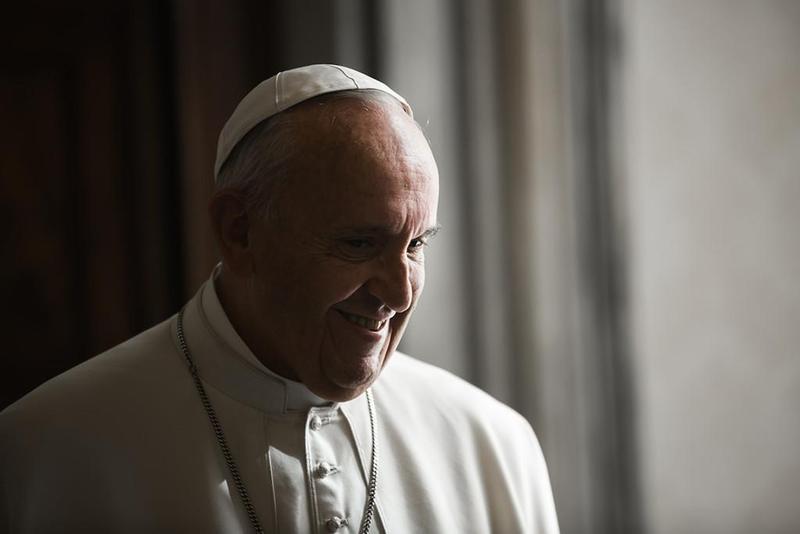 We think of prophecy as a revealing of information that can include warnings or spiritual insights. In the Old Testament, prophets were revered and the wisdom they imparted considered of the highest authority. They acted as a conduit to divine revelation as the will of God was revealed to them through communication with the Holy Spirit.

Christianity was built upon a Messianic figure whose coming was prophesied in the Old Testament books of Daniel and Isaiah. Yet in recent times, prophecy has fallen out of favour within the Church. Respect is still given to the biblical prophets such as Isaiah and St John of Patmos, to who is attributed the Book of Revelation, but the Catholic Church has refused to condone any post-biblical prophetic utterance as being true regardless of the source.

In spite of this, seers continued to add to the great body of prophetic work throughout history. Hildegard von Bingen, Nostradamus, numerous saints and even some of the popes were compelled to share their visions of the future. The accuracy of some of their prophecies cannot be denied.

An example was Mother Shipton, a 16th century English prophetess who appeared to have a clear vision of the 20th century and the Second World War. Her writings include: “Carriages without horses shall go. Around the world thoughts shall fly, in the twinkling of an eye. Underwater men shall walk, women will dress like men and trousers wear, and cut off all their locks of hair. When pictures look alive with movements free. When ships, like fishes, swim beneath the sea. When men, outstripping birds, can soar the sky, then half the world, deep-drenched in blood, shall die.”

Shipton’s writings have an apocalyptic feel and like many prophecies, biblical or otherwise, share a common theme in describing the End Times. This is known to Christians as eschatology.

Another widely accepted example of prophecy concerns the Great Fire of London. Three famous seers, Nostradamus, Mother Shipton and the astrologer William Lilly, all predicted a fire would engulf London in 1666. Astrologer Lilly was so accurate in his divination that he was able to name the actual day the fire would start, and as a result he was arrested and dragged before Parliament accused of having caused it himself. He managed to prove otherwise and was set free.

The above examples were not a matter of coincidence or luck, nor were the seers attempting to gain fame or credibility. They were simply communicating these foresights as inevitable facts of what had been revealed to them through divination or vision.

Members of the Catholic Church also continued to produce prophecies by those blessed with visions and among these stood St Malachy of Armagh, a devout Catholic bishop who helped to reform Ireland during the dark days of the 12th century.

According to the historian Cucherat, Malachy received a vision during a visit to Rome wherein he had witnessed every pope from that day to the Last Judgement. Known as the ‘Prophecies of the Popes’, these were recorded as 112 brief Latin descriptions, which were clues to the identities of the popes from medieval times to present day. The prophecies conclude with the last pope whom Malachy predicted would oversee the end of the papacy and the fall of the Roman Catholic Church.

It is said that Malachy bestowed these prophecies upon the then current pope after which they were deposited in the Vatican and remained hidden for nearly 400 years.

The prophecies were rediscovered in the Vatican archive in 1590, and published in 1595 by Arnold Wion in his publication Lignum Vitae. Wion claimed these were the authentic prophecies as had been penned in the 12th century by St Malachy.

The sudden ‘rediscovery’ of the prophecies in the 16th century allowed them to be used as propaganda in the campaign to promote Pope Gregory XIV to the throne. Since that time, debate has raged over whether the prophecies were a fabrication purely invented for this purpose. However, when studying the accuracy of the prophecies from both before and after publication, it seems unlikely they are complete fakes.

When the prophecies were published in 1595, the corresponding pope for each prophecy up to that date was known and could easily be identified. In the centuries since then, many have poured over these sayings seeking evidence of a connection in the lives of subsequent popes. The brevity of the text in the Latin phrases allows for some room for interpretation, but many are very specific and in no way as vague as one might expect. For a document that is at least 400 years old, there has always been a certain degree of accuracy.

A possible explanation for this would have been if the papal elections were somehow influenced by the prophecies, but there are many examples that refute this.

The prophecy for Pope Pius VII could not have been contrived. His reign coincided with the rise of Napoleon whose fame and power overshadowed the pope considerably. The prophecy for the time of Pius was “rapacious eagle,” and the eagle was the symbol by which Napoleon was identified.

Another important example of the accuracy of the prophecies is the reign of Pope Benedict XV (1914-1922) in which he witnessed the Bolshevik Revolution outlaw Catholicism in Russia, the 1918 Spanish Flu pandemic that ravaged Europe and the outbreak of the First World War which killed a further 20 million people. His correlating prophecy was “religion depopulated.” It must be noted these world events could not have been averted so it would not have mattered which pope reigned during this time. The prophecy is linked to the timing of historic events and not to the man, but it is clear the link to the pope could not have been contrived in any way.

Other prophecies were also based upon external factors such as the location of the conclave, historic events or feast days that coincide with the election. Clement IX (1667-1669) was prophesied as the “Swan constellation.” He was elected in the ‘Chamber of Swans’ within the Vatican, but any cardinal could have been elected in that place and would have fitted the prophecy. This does not invalidate the prediction, but it changes the focus from the identity of the individual to the environment.

Further evidence for the sustained accuracy of the prophecies can be seen in Pope Clement XIII (1758-1769), whose prophecy was “Rose of Umbria.” Clement was a former governor in Umbria which has a rose for its state emblem. Pope John XXIII (1958-1963), whose prophecy described him as “priest and mariner,” was previously the Cardinal of Venice, and Pope Leo XIII (1878-1903) is described in the prophecies as “Light in the heavens.” His coat of arms shows a shooting star. This example and numerous others are accurate 700 years after the time of being inscribed, and 400 years following publication.

Pope Innocent XII (1691-1700), whose prophecy translates as “Rake in the door” had the surname Rastrello, Italian for rake, and originally had a rake on his family coat of arms. This has to be the most accurate and one of the hardest to contrive. Innocent’s election came at the end of a very difficult five-month-long conclave, so it is unlikely his selection was a simple attempt to fulfil prophecy.

The ‘Prophecies of the Popes’ join that long tradition of apocalyptic prophecy by concluding with a final pope, “Peter the Roman” who is destined to witness the destruction of Rome and the Last Judgement.

In the final persecution, the seat of the Holy Roman Church will be occupied by Peter the Roman, who will feed the sheep through many tribulations, and when these things are finished, the city of seven hills will be destroyed, and the formidable Judge will judge His people. The End.

According the ‘Prophecies of the Popes’, the time of the last pope is finally upon us.

On 13 March 2013 Jorge Mario Bergoglio, hailing from Argentina, became the first non-European pope for 1,300 years. As Pope Francis, he is proving popular, as his displays of humility and focus on poverty are fast becoming the stuff of legend.

The identification of Pope Francis as Peter the Roman requires no great leap of deduction. Members of the Curia are automatically referred to as being Roman, having held a position in the Vatican administration. Bergoglio previously held five such positions in the Roman Curia. The links to the ‘Peter’ aspect of the prophecy were less clear until Bergoglio chose his papal name from Saint Francis of Assisi, whose full name was Francesco di Pietro di Bernardone – Pietro meaning Peter.

There is a precedent for this with Pope Paul IV who was elected in 1555. The prophecy described him as “from the faith of Peter.” Paul’s middle name was Peter.

The timing of the ‘many tribulations’ of the prophecy may also seem apposite as there are many challenges on the horizon that threaten to unseat the new pope and bring to an end one of the oldest institutions in the world. For nearly 2,000 years the Catholic Church has been besieged by persecution and threats of invasion, but in recent years those armies have receded and been replaced by the judgments of the press and public opinion.

The three main challenges facing the Catholic Church today are the exodus of members from both the priesthood and congregation, corruption within the Vatican bank and the scandal of child abuse.

In terms of addressing the loss of the faithful, Pope Francis can speak directly to the wider audience of disillusioned priests and parishioners. His Argentinian birth and Jesuit background is well suited to stemming the exodus from Catholicism sweeping through South America where over 75 million Christians have converted to Pentecostalism.

Poverty is a huge issue between the clergy of South America and the Vatican as there is so much wealth in Rome, and yet, so many Catholics worldwide are mired in destitution. Pope Francis is devoted to alleviating the suffering caused by poverty, and as Archbishop of Argentina, he refused to live in the palace assigned to that role and would travel on public transport to visit the poorest people in slums and prisons.

He may have good intentions for mitigating poverty, but first he will need to put the Vatican finances in order in the wake of the banking scandals that dogged his predecessor, Pope Benedict XVI. There is also a possibility that in terms of financial fluidity, Pope Francis may find the Vatican coffers are already empty, and he cannot easily sell off the family silver.

The issue of child abuse speaks to a deeper problem. The vow of celibacy, which was inspired by the passage in Matthew 19:12 where Jesus actually refers to eunuchs, is an attractive factor to paedophiles who have shame around their sexuality and wish to suppress it. Consciously, they choose celibacy while unconsciously they are putting themselves in a position of power over minors. Pope Francis needs to realise the shackles of celibacy deter new priests from joining, and it is an attractive factor for paedophiles entering the Church. He might also reconsider the Vatican’s stance on marriage and open the doors to female priests to help transform the Church.

Pope Francis is well suited to address the challenges facing the Catholic Church, but in the shadow of a 700-year-old prophecy, he may find that fate has other plans for him. Christianity is an apocalyptic religion and it might be within reach of its conclusion: the Rapture clothed in death and destruction.

We can only wonder if the Roman Curia will truly embrace that of prophecy, or if they are hoping to maintain the status quo.

In the end, they might not have a choice.

by Rob Howells For The New Dawn