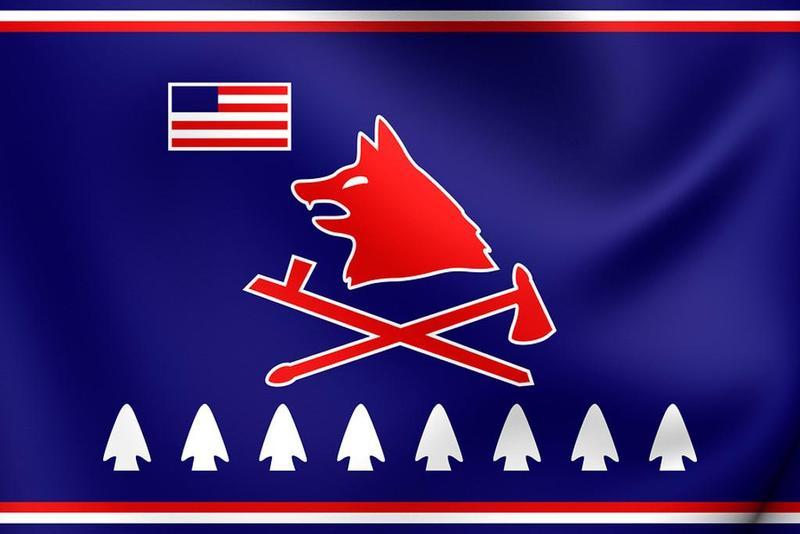 The Pawnee Nation of Oklahoma (Pawnee Nation) has a long and proud history spanning more than 700 years. Early in the 18th century, more than 60,000 members of the Pawnee Tribe inhabited the area along the North Platt River in Nebraska. The Tribe then, as it is now, was composed of four distinct bands: the Chaui “Grand,” the Kitkehahki “Republican,” the Pitahawirata “Tappage” and the Skidi “Wolf.”

The Pawnees, classified as a “friendly tribe” by the U.S. Government, were men and women of great courage and endurance. Some of the Pawnee warrior battles fought to preserve lives, lands and possessions were considered legendary.

One such great feat was that of Crooked Hand of the Skidi Band, who arose from bed to muster the old men, women and boys and led the charge to defend their home. Though outnumbered two to one, they outfought a superior armed enemy and drove them away.

Pawnees dressed similar to other plains tribes; however, the Pawnees had a special way of preparing the scalp lock by dressing it with buffalo fat until it stood erect and curved backward like a horn.

After encroachment by white settlers, the Pawnees ceded their territory to the U.S. Government in the 1800s and were removed from Nebraska to what is now Pawnee County in 1875. The Pawnee Indian Agency and an Indian boarding school named the Pawnee Industrial School were established just east of the present site of the City of Pawnee. The school, affectionately known as “Gravy U”, was closed in 1958 and the land was returned to the Pawnee Nation in 1968. Many of the former Industrial School buildings now serve as Tribal offices and as a home for the Pawnee Nation College. The area is on the National Register as a Historic District.

In support of American’s freedoms, the Pawnees have served in all military conflicts to date beginning with the Pawnee Scouts that served during the Indian wars. A ceremony was held on Oct. 15, 2011 to honor the decision of the Bravo/Pawnee Company 486th Civil Affairs BN of the U.S. Army to alter their name to reflect this distinguished Pawnee tradition.

Today, the number of Tribal enrolled members is over 3,200 and Pawnees can be found in all areas of the United States as well as foreign countries within many walks of life. Pawnees take much pride in their ancestral heritage. They are noted in history for their tribal religion rich in myth, symbolism and elaborate rites.