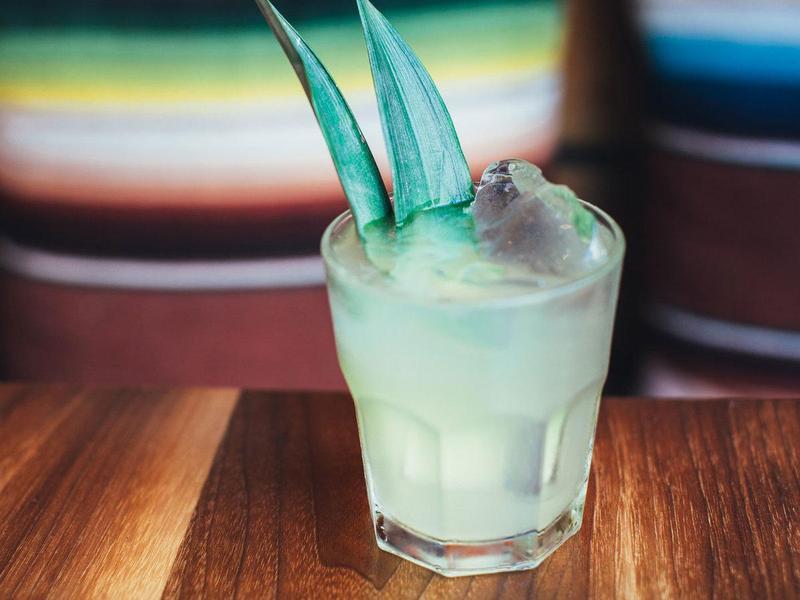 Well, isn’t this a marvelous thing? According to a study by the American Chemical Society (ACS), sugars found in the plant that makes tequila could lower blood glucose levels for people with type 2 diabetes, and help obese people lose weight, researchers say. According to the study, Agavins, a natural form of sugar found in the agave plant, are non-digestible and can act as a dietary fiber, so they would not raise blood glucose. They are different from the commonly known agave syrup, which is actually very similar to the dangerous high-fructose corn syrup.

"We have found that since agavins reduce glucose levels and increase GLP-1, they also increase the amount of insulin," said Mercedes G. López, Ph.D and one of the researchers. GLP-1 is a hormone that slows the stomach from emptying, and stimulates production of insulin. "Agavins are not expensive and they have no known side effects, except for those few people who cannot tolerate them," López added. Pretty much what agavins do is help people feel fuller, which could lead them to eat less.

To prove that, scientists fed mice a standard diet, and added agavins to some of their water. They discovered that the mice who consumed agavins ate less overall and had lower blood glucose levels. The effects were stronger than other artificial sweeteners like aspartame and agave syrup. The mice consuming agavins also produced the GLP-1 hormone. Although we’re not telling you to go drink tequila like there’s no tomorrow, at least now you won’t feel as guilty after that extra shot you shouldn’t have had!

A sweetener created from the plant used to make tequila could lower blood glucose levels for the 26 million Americans and others worldwide who have type 2 diabetes and help them and the obese lose weight, researchers said here today.

The main reason it could be valuable, they explained, is that agavins, a natural form of sugar found in the agave plant, are non-digestible and can act as a dietary fiber, so they would not raise blood glucose. Their report was part of the 247th National Meeting of the American Chemical Society (ACS).

The meeting, attended by thousands of scientists, features more than 10,000 reports on new advances in science and other topics. Being held at the Dallas Convention Center and area hotels, it continues through Thursday.

"We have found that since agavins reduce glucose levels and increase GLP-1, they also increase the amount of insulin," said Mercedes G. López, Ph.D. GLP-1 (glucagon-like peptide-1) is a hormone that slows the stomach from emptying, thereby stimulating production of insulin. She added, "Agavins are not expensive and they have no known side effects, except for those few people who cannot tolerate them." In addition, agavins, like other fructans, which are made of the sugar fructose, are the best sugars to help support growth of healthful microbes in the mouth and intestines, she said.

Agavins contain fructoses, which begs the question: Are agavins like high-fructose corn syrup, a processed sweetener that has gotten a lot of bad press recently? López pointed out that, indeed, high-fructose corn syrup is loaded with fructose sugars and, therefore, can raise blood sugar levels. But agavins are fructans, which are fructoses linked together in long, branched chains. The human body can't use them in that configuration, so they don't affect blood sugar, she explained. Agavins also sometimes get confused with agave nectar or agave syrup, which appears on many health-food store shelves. These products contain fructans that have been broken down into individual fructoses, so they are much more similar to high-fructose corn syrup.

Also, she and her team said agavins are better than artificial sweeteners, which are absorbed by the body and can cause side effects, like headaches. "One slight downside, however, is that agavins are not quite as sweet as their artificial counterparts," she said.

Of course, the agave's claim to fame is as the plant from which tequila is made. López explained that agavins are the only carbohydrates used to produce the drink. All ethanol in tequila comes from the fermentation of glucose and fructose generated after agave pines are cooked. But because the agavins are converted to ethanol, agavins are not found in the finished product.

López said that in the study, her team fed a group of mice a standard diet and added agavins to their daily water. They weighed the mice daily and checked their glucose blood levels weekly. Most mice that drank agavins ate less, lost weight and their blood glucose levels decreased when compared to other sweeteners such glucose, fructose, sucrose, agave syrup and aspartame.

"This study represents the first attempt to evaluate agavins as sweeteners in spite of their lower sweetness compared to sugar,'" she said.