Meetings with the Queen of Elphame: A Magical and Protective Fairy Queen 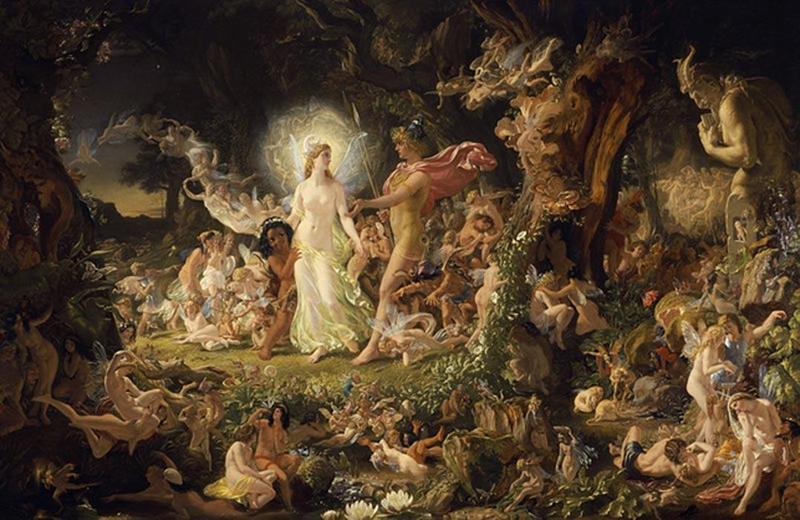 Fairies are common beings in European folklore, perhaps even since pre-Roman times. They are known in most cultures and in different regions around the world. Many legends say that the fairies’ leader is a mysterious queen who wisely ruled all of Fairyland.

There are at least a few well known goddesses that have been linked to fairies. One of them was the famous queen Morrigan. Another one was Danu, a Celtic mother. But the most mysterious of the supposed fairy rulers is arguably the Queen of Elphame (or Elfame), who may be associated with the Scottish goddess Nicnevin.

In Scottish and Northern British folklore the name ''Queen of Elphame'', means ''Queen of Fairyland''. It is unknown when she appeared in history or legends for the first time, but she was mentioned in several old folk stories and also in documents of witch trials.

Legendary Meetings with the Queen of Elphame

It is not easy to find resources describing the Queen of Elphame. She did, however, appear in the legend of Thomas the Rhymer (c. 1220 – 1298.) He was said to be a laird and sort of a local prophet, who lived in the Borders region of Scotland. The tale described a man who was helped by the Queen of Elphame and returned from his time with her with the gift of prophecy. In one version of this text the mystical being is the queen of a nameless kingdom. In the translation of Thomas the Rymer by Robert Grave the queen says:

''I'm not the Queen of Heaven, Thomas,

That name does not belong to me;

I am but the Queen of fair Elphame

Come out to hunt in my follie.''

The Queen of Elphame appeared in many witchcraft trials. For example, she was linked to one in 1597 when Andro Man was accused of practicing magic. During his confession he claimed to have had an intimate relationship with the Queen of Elphame. According to his testimony, for more than thirty years he had been making love to and learning from the leader of the fairies. Andro Man said that he had several children with the Queen and she had granted him with gifts of knowledge and healing. Moreover, according to a legend based on the previously described ballad of Thomas the Rhymer, he claimed that he was also kidnapped by the Queen to have a sexual affair with her.

This figure reportedly used to meet with women as well. It is said for example that she appeared in front of two women who were believed to be witches – Bessie Dunlap and Isobel Gowdie. Bessie claimed that the Queen of Elphame came to her for the first time when she was in labor. According to both women, the queen visited them many times. She reportedly taught them how to heal people and animals.

The legend of the fairy queen became an inspiration for many famous artists and writers. This character appeared in plays by Shakespeare and his followers. All of the fairies they presented in their texts may be associated with the Queen of Elphame.

The Goddess Who Ruled Fairyland

The Scottish Queen of Elphame reminds one of the Norse Freyja and her attributes. She is associated with magic, childbirth, and healing. This goddess has been described as a young and beautiful woman who could steal the heart of any man.

Nonetheless, the Queen of Elphame is probably based on the goddess Nicnevin, also known as Nicneven and Nicnevan. Her name means ''the daughter of the divine''. Nicneven is a protective deity whose feast was connected with autumn celebrations, especially Samhain. In Celtic legends she was able to communicate with the spirits of the dead and was related to witchcraft and magic. The goddess was one of the inspirational deities in Druid traditions as well. She was believed to provide wisdom and magical ability.