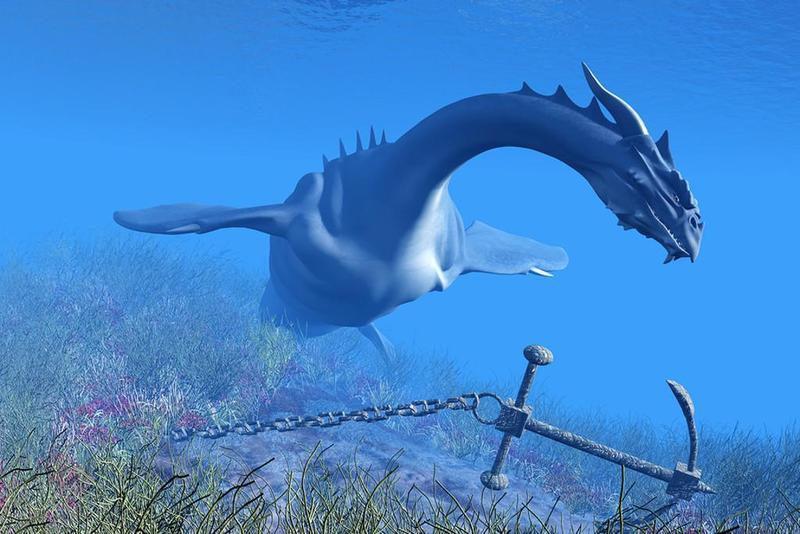 According to Scandinavian mythology, the Kraken was a giant sea creature (said to be 1 mile long) believed to eat whales and devour entire ships, and generally described as being similar to an octopus or squid. It was first mentioned in the 13th century Icelandic saga, Örvar-Oddr. Now researchers have found a fossil which they believe relates to this so-called mythical creature.

Two years ago, researchers discovered the remains of a marine lizard which contained a strange pattern believed to have been caused by a Kraken-style octopus. While this conclusion was largely criticised, Professor McMenamin, a palaeontologist at Mount Holyoke College in Massachusetts has cited new fossil discoveries which support the initial hypothesis that a giant octopus or squid once dominated the oceans.

The initial discovery in 2011 consisted of a strange arrangement of vertebrae of a sea reptile called ichthyosaur that lived around 200 to 250 million years ago found in Berlin-Ichthyosaur State Park in Nevada. Professor McMenamin believes that the way the bones were arranged could not have occurred naturally and appears to have been the result of an attack by a much larger predator. If it was done by a Kraken-type squid, it would have needed to be up to 30 metres long –today’s largest giant octopus species are rarely larger than a human being.

The latest finding is believed to be part of the beak of a giant ancient octopus- or squid-type creature, as well as more bones arranged in unusual patterns and shapes which contain sucker markings. Next to the remains of the ichthyosaur was a 'debris pile' of scattered bones that were no longer in their correct order within the skeleton.

According to Professor McMenamin, the arrangement of the bones and the positioning of the sucker markings suggest that the reptile was drowned or had its neck snapped. It was then carried away from where it was killed, probably into the Kraken’s lair and dumped, leading to the pile of remains which were found.

While some scientists remain sceptical of the theory, it is certainly deserving of further research.

by April Holloway For Ancient Origins