Learn the Basics of Candle Magic 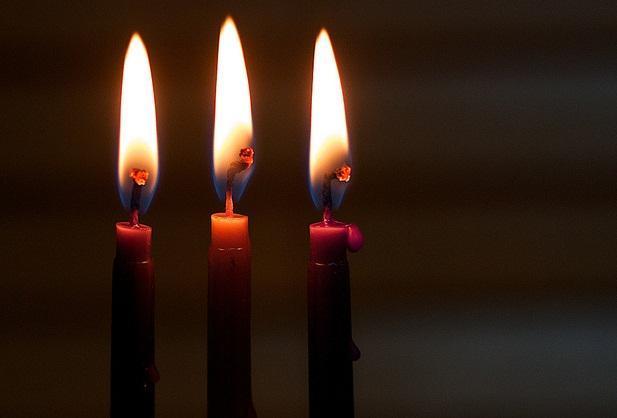 Candle magic is one of the simplest forms of spell casting. Considered sympathetic magic, it's a method which doesn’t require a lot of fancy ritual or expensive ceremonial artifacts. In other words, anyone with a candle can cast a spell. After all, remember when you were a child and you made a wish before you blew out the candles on your birthday cake? Same theory, only now instead of just hoping, you're declaring your intent (and by now you've probably stopped hoping for a pony). If you think about it, the birthday-candle ritual is based on three key magical principles:

Decide on a goal

Focus your intent, or will, to manifest that result

What Sort of Candle Should I Use?

Most practitioners of magical systems will tell you that, much like a few other aspects of life, size really isn't important. In fact, really big candles may be counterproductive -- a candle that takes too long to burn down can be highly distracting to someone working a spell that instructs you to wait until the candle burns out on its own.

Typically, a short taper candle or a votive candle work the best. In some cases, a spell might call for a specific type of candle, such as a seven-day candle or a figure candle, which may represent a particular person. One of the most popular candles, believe it or not, is in fact the little menorah candles which are sold by the box in the kosher section of the grocery store. They're about 4" long, white, unscented, and thin -- perfect for spell work.

You should always use a brand new candle for spell work -- in other words, virgin materials. Don't use the candles that you burned at the dinner table or in the bathroom yesterday for spell work. In some magical traditions, once a candle is burned it picks up vibrations from things around it -- in other words, a used candle is already tainted by vibrations, and so will lead to a negative or ineffective magical outcome.

When it comes to colors, you may wish to have a variety on hand for different magical purposes. Typically, color correspondences for candle magic are as follows:

* Note that in many Pagan traditions, it is acceptable to use a white candle in place of any other color.

Using Your Candle in Ritual

After you've selected a candle, you'll want to oil it or dress it before burning. This is a method by which you'll establish a psychic link between you and the candle itself. In other words, you're charging the candle with your own energy and personal vibrations, and projecting your intent into the wax before you burn it. To dress a candle, you'll need a natural oil -- many practitioners like grapeseed because it has no smell. Another option is to use special candle magic oils from one of the metaphysical supply stores. Begin at the top of the candle, and rub the oil downward to the middle. Then, begin at the base of the candle and rub the oil up towards the middle, ending where the first coating of oil left off. In some traditions, the anointing is done just the opposite way -- start in the middle and work your way towards the two ends.

If your working calls for herbs to be used as well, roll the oiled candle in the powdered herbs until it is coated all the way around.

The most basic form of candle magic uses a piece of colored paper that matches the intent of your candle. Decide what your goal is, and write it on the piece of paper -- just for an example, let's say we're going to do a money working. Write down your intent -- something like I will become financially prosperous. In some traditions, you would write your intent in a magical alphabet, such as Theban or Enochian. Because this is a money-oriented working, we would select either a gold or green piece of paper, and a candle of the same color. As you write down your goal, visualize yourself achieving that goal. Think about the different ways in which your goal might manifest -- could you be getting a raise at work? Perhaps someone who owed you money will arrive out of the blue to repay their debt.

Once you've written down your goal, fold the paper, concentrating on your intent the whole time. Some people like to say a small incantation as they do this -- if you're one of those people, this is a good place to do it. It doesn't have to be anything fancy. You can use something as simple as:

I could use a little cash today.

Extra money come to me,

Place one corned of the folded paper into the candle's flame and allow it to catch fire. Hold the paper as long as possible (without burning your fingers) and then place it in a fire-safe bowl or cauldron to burn the rest of the way on its own. Allow the candle to burn out completely. When the candle has burned out completely, dispose of it, rather than saving it to use again for another working. Usually there's not much left of a candle except a stub of wax, and you can either bury it outdoors or dispose of it in whatever manner you choose.