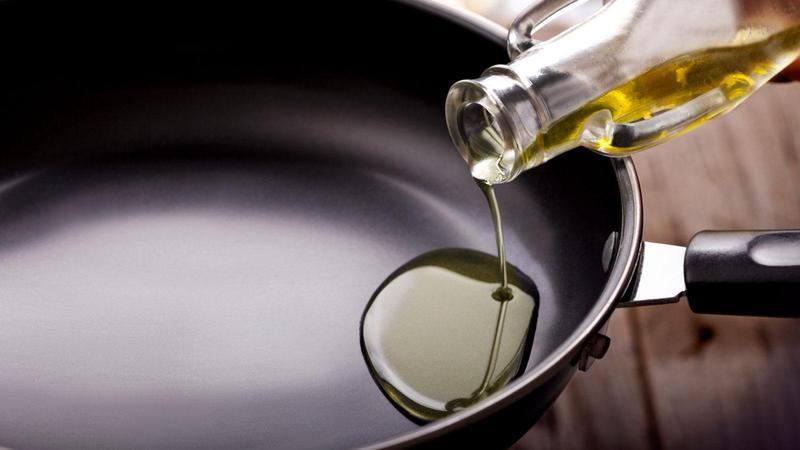 At least, there is if you cook with non stick Teflon cookware. Teflon cookware, when heated to high temperature (when cooking, for example) can release fumes that are harmful to humans and lethal to pet birds. Canaries were used in coal mines to determine air quality – if they couldn’t breathe or died suddenly, miners knew that the air quality was hazardous and they needed to exit immediately.

Every year, hundreds of pet birds, however, keel over and are rushed to the vet. The cause of death is the same in every case – Teflon toxicity.

The makers of this cookware continue insist that it’s safe – you should just keep your birds out of the kitchen!

Do you really want your family breathing fumes that can kill a small animal outright?

Why is cookware treated with Teflon so dangerous? The answer is simple; it’s made of chemicals that the human body was never meant to ingest. Chemicals with long names like perfluorooctanoic acid (PFOA). These chemicals are released if you heat your Teflon cookware over too high of a flame or heat the pan with no food in it.

AT just 600 degrees, Teflon pans release multiple chemicals, carcinogens, and pollutants. At 1,000 degrees, Teflon releases PFIB, which is also used as a chemical nerve agent. Teflon itself, or polytetrafluorethylene, was originally a waste byproduct of freon production.

How many of you have ever burned a dish or accidentally preheated the oven with your pans inside? It doesn’t take much to reach these temperatures, and it only takes one cooking accident to expose your family to dangerous gasses.

If you’re a bird owner, Teflon kills – even at normal cooking temperatures. No human error or overheating required – simply using this toxic cookware is enough to kill your precious family pet. The fumes released are often harmful to birds, and are usually fatal. Exposure to Teflon fumes after heating a pan to just 400 degrees can cause flu like symptoms in humans, as well. This condition is known as polymer fume fever, and is dismissed by DuPont (Teflon’s creator) as a mild condition.

Unlike some chemical contaminants, the chemicals released from Teflon only get worse over time. The pans were made of cheaper materials in the past, and often flaked and chipped. In fact, studies show that as the cookware ages, the amount of chemical ingredients released into food increases – so if you’re cooking with old nonstick pans, you’re not only breathing the fumes, but ingesting the chemicals in your food, as well. This can make for dangerous levels of chemical contaminants in both your environment and your diet. In fact, most Americans have some of the chemicals in Teflon in their bloodstream.

Unfortunately, there are currently no federal government regulations for cookware. Teflon nonstick pans sometimes come with a warning to keep birds away, but consumers are sadly undereducated about the dangers of nonstick cookware. Veterinarians report hundreds of bird deaths every year from Teflon toxicity – often, the bird owners had no idea that such a common, everyday item could be so dangerous to their feathered friend.

The bottom line is this – avoid using Teflon cookware at all costs. Be especially wary of using older Teflon pots or pans that have been scratched, dinged, or damaged, as they can leach even more toxins into your food. Every year, more research supports the danger of the chemical contaminants this cookware produces, and I don’t expect the fallout to stop anytime soon. Until the government takes action, consumers are responsible for protecting themselves and their families. This means that it’s up to you to keep this killer away from your family and pets.

Luckily, there are many types of chemical free cookware available. Clay and glass cookware are excellent for baking – if you’ve never had pizza prepared on a real baking stone ,you’re missing out! Stainless steel and copper pans are also favored by many cooks, including professional chefs. Cast iron pots and pans are durable, easy to care for, and only get better with time – a well seasoned cast iron frying pan is a pleasure to use and rarely sticks.

What Are The Alternatives?

Cast iron remains a great alternative to non-stick cooking surfaces. Lodge, America’s oldest family-owned cookware manufacturer, refers to its cookware as “natural non-stick.” Cast iron is extremely durable and can be pre-heated to temperatures that will brown meat and will withstand oven temperatures well above what is considered safe for non-stick pans.”