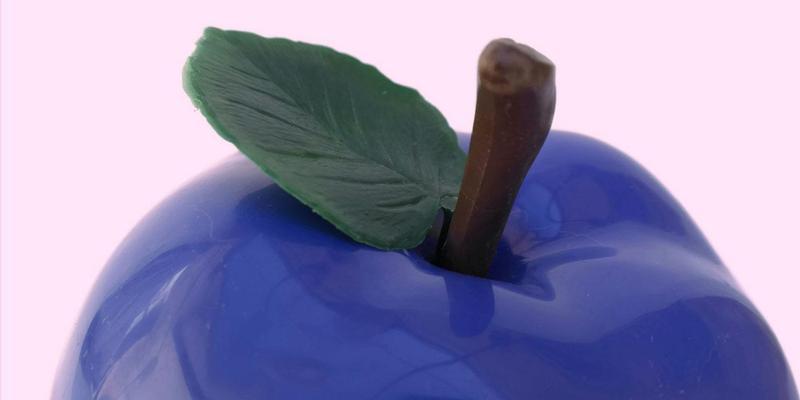 Among the many things New Yorkers pride ourselves on is food: making it, selling it and consuming only the best, from single-slice pizza to four-star sushi. We have fish markets, Shake Shacks and, as of this year, 74 Michelin-starred restaurants.

Yet most everything we eat is fraudulent.

In his new book, , author Larry Olmsted exposes the breadth of counterfeit foods we’re unknowingly eating. After reading it, you’ll want to be fed intravenously for the rest of your life.

Think you’re getting Kobe steak when you order the $350 “Kobe steak” off the menu at Old Homestead? Nope — Japan sells its rare Kobe beef to just three restaurants in the United States, and 212 Steakhouse is the only one in New York. That Kobe is probably Wagyu, a cheaper, passable cut, Olmsted says. (Old Homestead declined The Post’s request for comment.)

Fraudulence spans from haute cuisine to fast food: A February 2016 report by Inside Edition found that Red Lobster’s lobster bisque contained a non-lobster meat called langostino. In a statement to The Post, Red Lobster maintains that langostino is lobster meat and said that in the wake of the IE report, “We amended the menu description of the lobster bisque to note the multiple kinds of lobster that are contained within.”

Moving on: That extra-virgin olive oil you use on salads has probably been cut with soybean or sunflower oil, plus a bunch of chemicals. The 100 percent grass-fed beef you just bought is no such thing — it’s very possible that cow was still pumped full of drugs and raised in a cramped feedlot.

Unless your go-to sushi joint is Masa or Nobu, you’re not getting the sushi you ordered, ever, anywhere, and that includes your regular sushi restaurant where you can’t imagine them doing such a thing, Olmsted says. Your salmon is probably fake and so is your red snapper. Your white tuna is something else altogether, probably escolar — known to experts as “the Ex-Lax fish” for the gastrointestinal havoc it wreaks.

Escolar is so toxic that it’s been banned in Japan for 40 years, but not in the US, where the profit motive dominates public safety. In fact, escolar is secretly one of the top-selling fish in America.

The food industry isn’t just guilty of perpetrating a massive health and economic fraud: It’s cheating us out of pleasure.

Sushi in particular is really bad,” Olmsted says, and as a native New Yorker, he knows how much this one hurts. He writes that multiple recent studies “put the chances of your getting the white tuna you ordered in the typical New York sushi restaurant at zero — as in never.”

Fake food, Olmsted says, is a massive national problem, and the more educated the consumer, the more vulnerable to bait-and-switch: In 2014, the specialty-foods sector — gourmet meats, cheeses, booze, oils — generated over $1 billion in revenue in the US alone.

“This category is rife with scams,” Olmsted writes, and even when it comes to basics, none of us is leaving the grocery store without some product — coffee, rice or honey — being faked.

The food industry isn’t just guilty of perpetrating a massive health and economic fraud: It’s cheating us out of pleasure. These fake foods produce shallow, flat, one-dimensional tastes, while the real things are akin to discovering other galaxies, other universes — taste levels most of us have never experienced.

“The good news,” Olmsted writes, “is that there is plenty of healthful and delicious Real Food. You just have to know where to look.”

One of the most popular, fastest-growing foods in America is olive oil, touted for its ability to prevent everything from wrinkles to heart disease to cancer. Italian olive oil is a multibillion-dollar global industry, with the US its third-largest market.

The bulk of these imports are, you guessed it, fake. Labels such as “extra-virgin” and “virgin” often mean nothing more than a $2 mark-up. Most of us, Olmsted writes, have never actually tasted real olive oil.

“Once someone tries a real extra-virgin — an adult or child, anybody with taste buds — they’ll never go back to the fake kind,” artisanal farmer Grazia DeCarlo has said.

“It’s distinctive, complex, the freshest thing you’ve ever eaten. It makes you realize how rotten the other stuff is — literally rotten.”

Fake olive oil, Olmsted claims, has killed people. He cites the most famous example: In 1981, more than 20,000 people suffered mass food poisoning in Spain. About 800 people died, and olive oil mixed with aniline, a toxic chemical used in making plastic, was blamed.

In 1983, the World Health organization named the outbreak “toxic oil syndrome,” but subsequent investigations pointed to a different contaminant and a different food — pesticides used on tomatoes from Almeria. (Olmsted stands by his reporting.)

Some of the most common additives to olive oil are soybean and peanut oils, which can prove fatal to anyone allergic — and you’ll never see those ingredients on a label. Beware, too, of olive oil labeled “pure” — that can mean the oil is the lowest grade possible.

“No one is checking,” Olmsted writes.

In terms of scope and scale, there’s an even greater level of fraud throughout the seafood industry. “Imagine if half the time you pulled into a gas station, you were filling your tank with dirty water instead of gasoline,” Olmsted writes. “That’s the story with seafood.”

He cites a 2012 study of New York City seafood done by scientists at Oceana, a nonprofit advocacy group. They discovered fakes at 58 percent of 81 stores sampled and at all of the 16 sushi restaurants studied, and this goes on throughout the United States. If you see the words “sushi grade” or “sashimi grade” on a menu, run. There are no official standards for use of the terms.

“Consumers ask me all the time, ‘What can I do?’ and all I can say is, ‘Just don’t ever buy red snapper,’ ” Dr. Mark Stoeckle, a specialist in infectious diseases at Weill Medical College, told Olmsted. “Red snapper is the big one — when you buy it, you almost never get it.”

Shrimp is so bad that Olmsted rarely eats it. “I won’t buy it, ever, if it is farmed or imported,” he writes. In 2007, the FDA banned five kinds of imported shrimp from China; China turned around and routed the banned shrimp through Indonesia, stamped it as originating from there, and suddenly it was back in the US food ­supply.

Seafood fraud puts pregnant women at risk; high levels of mercury in fish are known to cause birth defects. Allergic reactions to shellfish have been known to cause paralysis.

“All the gross details you have heard about industrial cattle farming — from the widespread use of antibiotics and chemicals to animals living in their own feces and being fed parts of other animals they don’t normally consume — occurs in the seafood arena as well,” Olmsted writes. “Only it is much better hidden.”

Corruption in the seafood industry is so rife that in 2014, President Obama formed the Presidential Task Force on Illegal, Unreported, and Unregulated Seafood Fraud. In the meantime, Olmsted has some suggestions.

The most trusted logo is “Alaska Seafood: Wild, Natural, Sustainable.” Alaska’s system mandates complete supervision of chain of custody, from catching to your grocery store.

Perhaps most surprising of all: Discount big-box stores such as Costco, Trader Joe’s, BJ’s Wholesale Club and Walmart are as stringent with their standards as Whole Foods.

“When customers walk into a store, they don’t expect to have to pay a premium for safe food,” Walmart exec Brittni Furrow said in 2014. “Safety isn’t a niche.”

Your grass-fed cow was drugged

One of the simplest things we can do, Olmsted writes, is to look for products named after their geographical location. Grated Parmesan cheese is almost always fake, and earlier this year, the FDA said its testing discovered that some dairy products labeled “100% Parmesan” contained polymers and wood pulp.

That’s all the FDA did: You can still buy your woody cheese at the supermarket.

Parmigiano-Reggiano, however, derives its name from Parma, the region in Italy that’s produced this cheese for over 400 years. If you buy it with that label, it’s real.

Same with Roquefort cheese and Champagne from France, and San Marzano tomato sauce, Bologna meat and Chianti from Italy, and Scotch whisky from Scotland. Still, Olmsted strongly advises looking for the label PDO — Protected Designation of Origin, the highest guarantee of authenticity there is.

As for our own lax labeling standards, Olmsted is outraged. Ninety-one percent of American seafood is imported, but the FDA is responsible for inspecting just 2 percent of those imports. And in 2013, the agency inspected less than half of that 2 percent.

“The bar is so low,” he says. “Congress could not have given them less to do, and they still fail. They’re not clueless. They know. They’re actually deciding not to do it. They say they don’t have the budget.”

When it comes to beef, Olmstead reports that the USDA is no better; the agency repealed its standards for the “grass-fed” designation in January after pressure from the agriculture industry.

All that stamp now means, he says, is that in addition to grass, the animals “can still be raised in an industrial feed lot and given drugs. It just means the actual diet was grass rather than corn.”

If you don’t have access to a farmer’s market, Olmsted says that Eli’s and Citarella in New York are reliable providers of true grass-fed beef.

“Go up to the counter and ask them where the grass-fed beef comes from,” he says. “They need to know. In New York in particular, you have access to a lot of specialized gourmet stores, and you can source stuff locally. You can’t do that in most of the country.”