Hittite Mythology on the Subject of Women 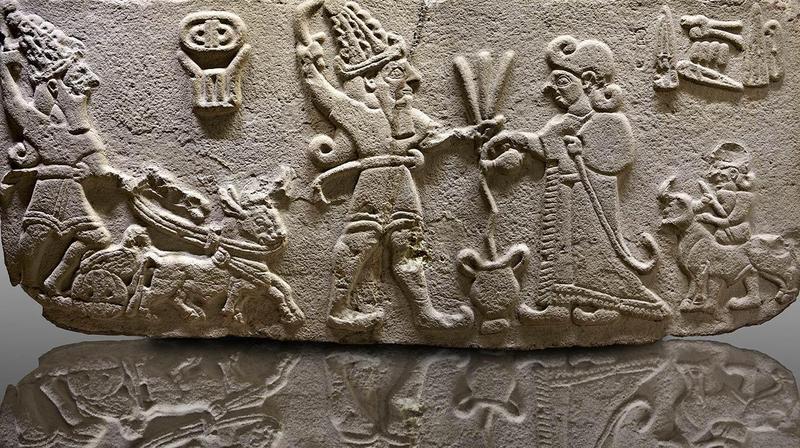 book cover Harry Hoffner Hittite Myths“You are a woman and think like one. You know nothing at all.” (Hittite Myths, Hoffner, 83) So, in a Hittite myth, says a very grouchy husband to his wife when she has asked yet again about his inability to get her pregnant (or so I interpret the extant portion). Does this show that Hittite men had a decidedly low view of women? Given the context, I’d hesitate to draw too broad a conclusion.

Another pronouncement from Hittite mythology on the state of women’s thinking and supposedly subservient role occurs in a tale about a fisherman who desperately wants to have a child but hasn’t succeeded (hmm, there seems to be a theme here when men are dumping on women). He finds an abandoned baby and brings it home to his wife. He tells her to cry out and pretend she’s in labor so that the neighbors will think she has delivered the baby herself.

In his advice to her he includes this: “An ideal woman’s mind is clever. She has cut herself off from commanding others. She is dependent on the authority of the god. She stands in woman’s subordination, and she does not disobey her husband’s word.” (Hoffner, 87) This husband believes a woman is clever, but in the context of following her husband’s advice to deceive the community. Clearly he views women as inferior to their husbands. It seems likely that was a widely held view, but we don’t know to what extent it was expressed in the real relationships between Hittite husbands and wives. Of the public marriages that we hear about, some, at least, were between equals. (See Queen Puduhepa in A Woman's View from the Top Hittite and Mycenaean Queens.)

These two passages from Hittite mythology offer a perspective into the Hittite mind, but it’s a fragmentary view from a specialized context. However, since we rarely or never get the “big picture” of ancient cultures, this is a worthwhile and pretty amusing tidbit when considering the role of women in ancient Anatolian culture.

Again we welcome Judith, who brings us this final installment of her fascinating series of articles. Judith is a novelist and book reviewer who sets her historical fiction and mysteries in the period of the Trojan War and the Hittite Empire. She blogs on these and other topics, as well as reviewing books, here. She can also be found on Twitter and on Facebook. Thank you again, Judith, for this look at women in the ancient world.