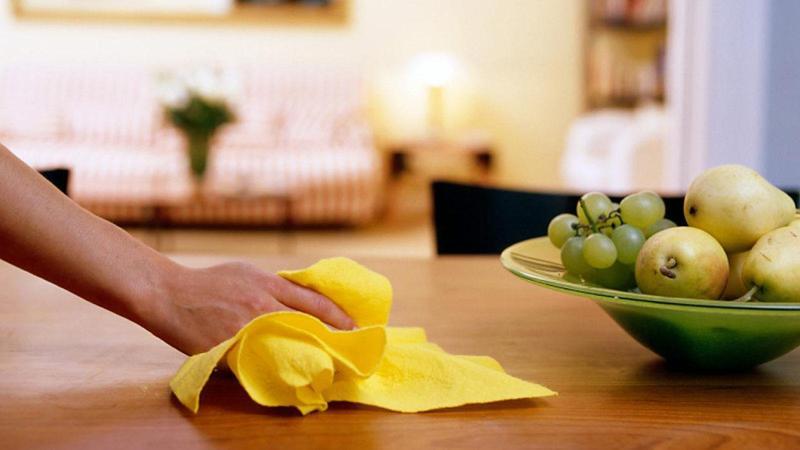 People should keep their homes spotless if they want to avoid putting on weight, new research suggests.

A pioneering study in the US revealed that normal house dust is capable of carrying hormone-altering chemicals that prompt cells in the body to accumulate fat.

Experiments found that even small amounts of dust, which can be inhaled, ingested or absorbed through the skin, were enough to provoke the effect.

Amounts of dust as low as 3 micrograms - well below the mass of dust that children are exposed to daily — caused measurable effects
—Dr Heather Stapleton, Duke University

The quantities were significantly lower than the amounts to which children are averagely exposed.

The dust particles were found to contain endocrine-disrupting chemicals (EDCs), synthetic or naturally occurring compounds that can interfere with or mimic the body’s hormones.

These include flame retardants in sofas and carpets, as well as phthalates, substances added to plastics to increase their flexibility.

It was already known that EDCs present a range of other potential health risks, including being associated with cognitive problems and learning disabilities, and putative research had suggested that exposure in early life may also cause weight gain later in life.

However, the new experiments by Duke University in North Carolina showed for the first time that house dust, laced with EDC chemicals, can cause cells to accumulate more fat.

Dr Christopher Kassotis, who led the research, said: “We were most surprised by how low the concentrations were that we saw having an effect.”

The researchers collected dust samples from 11 homes and introduced them to mouse cells - a model for the reaction in humans.

Dust from nine of the samples prompted the cells to divide, thereby creating a larger pool of precursor fat cells, while seven of the samples spurred the mouse cells to mature and accumulate more fat.

Only one dust sample had no effect.

The research team said the risk of disruption to metabolic health was likely to be particularly high in children.

EDCs are particularly harmful to humans during phases of intense development, namely pregnancy, early childhood and puberty, because of their power to disrupt crucial hormones needed for growth.

Dr Heather Stapleton, another of the researchers, said: "This suggests that the mixture of these chemicals in house dust is promoting the accumulation of triglycerides and fat cells."

"Amounts of dust as low as 3 micrograms - well below the mass of dust that children are exposed to daily - caused measurable effects."

Among the 44 individual common house dust contaminants tested in the experiment, pyraclostrobin (a pesticide), the flame-retardant TBPDP, and DBP, a commonly used plasticizer, had the strongest fat-producing effects.

Some manufacturers have reduced the use of EDCs in products, but many are still common in consumer goods.

Last month, the European Chemicals Agency voted unanimously to recognise a prominent type of EDC, bisphenol A (BPA), as a threat to human health, meaning it could soon be restricted in EU countries.

The chemical found in CDs, DVDs, kettles and water bottles and has been linked to a range of hormone-twisting health effects including cancer, learning difficulties and diabetes.

BPA is currently one of the world’s best-selling chemicals, with around a third of the nearly 4 million tonnes produced each year sold in Europe.

Originally developed as a synthetic mimic of oestrogen, the female sex hormone, it helped spur the 1950s plastic revolution, but has since been linked to male infertility.

Despite the growing recognition of the dangers of EDCs, the chemicals remain ubiquitous in most homes.

The findings were published in the journal Environmental Science and Technology.