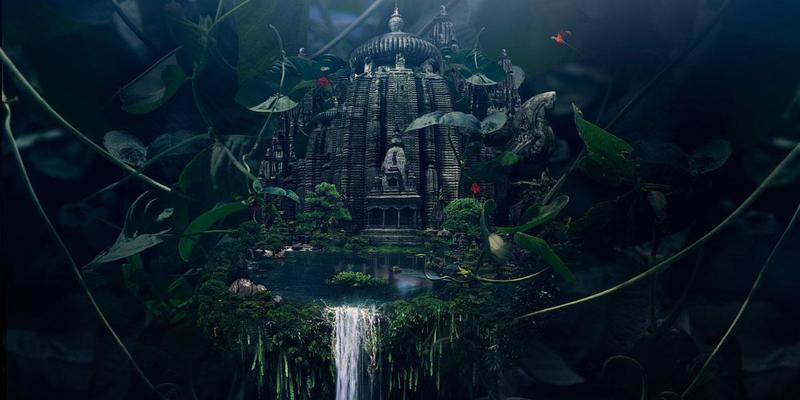 A group of archaeologists led by Finnish Martti Pärssinen has made a shocking discovery a couple of years ago in Brazil, in the Amazon, yet many people have no idea that this discovery even happened.

Why? Mostly because of selective media coverage which has been less than adequate when it comes to discoveries that change the history of civilization as we know it.

The discovery is compared, for its size and magnificence, to the pyramids of Egypt, yet word media has left the discovery out in the cold. The various excavations in Brazil uncovered an unknown civilization with unique and new forms of ceramic artifacts, this has mainly been possible due to the deforestation.

Researchers have been able to discover, from the air, numerous mysterious shapes on the ground which are actually only visible from above. The Geometric shapes are composed of mounds and hills, and many of them are huge, with sides measuring several hundred meters in length.

In the Brazilian state of Acre, researchers have discovered over 300 of said structures. According to one of the archaeologist responsible for the discovery, Martti Pärssinen, these structures are a quite a feat that can be compared only to the great ancient Egyptian constructions. Pärssinen notes that the people who built such structures must have spent huge amounts of energy transforming the giant mounds into multiple and complex constructions, just as the slaves did in ancient Egypt.

The discovery was a sensational finding for researchers, since it was thought that most of the Amazon was sparsely populated. Ivandra Rampanelli student recently graduated from the University of Valencia (Spain), believes that the patterns found are rewriting the history of how populated the Amazon was in the past, an area previously considered devoid of great civilizations.

This discovery, which was made only a few years ago tells us that in places where researches thought there was nothing to be found, people have come across great discoveries, findings that are telling us a very different story than what mainstream scholars suggest.

Denise Schaan, one of the co-authors of the study said that there may be another 2,000 structures hidden in the jungle. It is clear for us that the search does not end here. We will carry out extensive excavations to investigate more deeply the activities that took place in these places.

According to data obtained through radiocarbon testing, the oldest structures were built about 2,000 years ago. A study also showed that this civilization became suddenly extinct about 700 years ago, perhaps due to diseases brought by the Europeans.

Excavations have unearthed many details about the life of these ancient people, and around 300 kilograms of potsherds.

The archaeological expedition also showed that some of the ornamentation found is completely new to science, while other figures show a clear connection between this civilizations with other distant locations in the Andes. Pärssinen said he could not be more excited, as this may be one of the last places in the world where you can still make such discoveries. “Most of the things discovered in this area provide new insights into the past,” added Pärssinen.

The discovery not only proves that there are countless discoveries still out there, it also proves that our ancient history is far more surprising than we ever thought possible.

Discoveries like this deserve huge amount of media coverage because findings like these are what matter the most to humanity. Society needs educational material and less gossip and Hollywood.