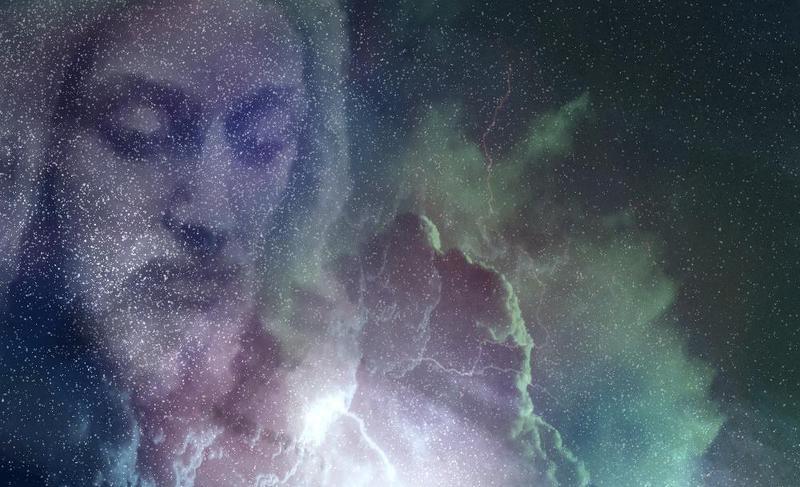 Some missionaries came to my house the other day and I was given the opportunity to come face to face with the religious mind, to discover their relationship to God, and to remember my own (non-voluntary) experience with religion.

In such a short time though it was, it was absolutely clear that the foundational flaw of religion based off of the bible as it is primarily taught today (and in general, for the past 2000 years), is that it teaches first and foremost that we are separate from this force called God. But that is a contradiction because the bible, specifically the teachings of Jesus as I will clearly illustrate, teach that you are god, and that we are all God.

So, I have taken it upon myself to convince those missionaries, and you, that you are not only equal to God, but that you are God.

Yet out of these 6.16 billion people, for how many of them is God more than just a belief? For what percentage of that 88% is God a tangible force that they connect to on a daily basis by allowing the bonds of their ego to dissolve, and then channeling that force into all that they do, and all that they are?

If those people could center themselves in the awareness that they are God-consciousness instead of just believing in the existence of such a magnificent force, then we could change the world in a matter of months. It is only when we continue to live separate from this infinite consciousness which is our original nature, that we are powerless and that we perpetuate all suffering and negativity on this planet.

None of the major spiritual teachers throughout history were religious.

Jesus wasn’t a Christian, Buddha was not Buddhist, and Lao Tzu was not a Taoist (and I am not even sure I would call Taoism a religion, simply because there is no dogma taught at all, just observation, alignment, and harmony with nature and the cosmos).

All of these spiritual masters did not practice religion, they mastered themselves in solitude by looking within and meditating, and as a result they discovered that they were infinite and connected with the universal consciousness. Only later did we call this consciousness God.

That is what the core of all their teachings are about: that we are all spiritual beings, and that we are equal to god, and by practicing such things as forgiveness, kindness, honesty, and introspection we can become the Gods that we already are and create a peaceful heaven here on Earth.

Because Christianity is the worlds largest religion (practiced by an estimated 2.2 billion people), as a case study let us look at Jesus. He said three things which I want to draw your attention to specifically, and I will discuss each quote in an effort to show you that you are God, and that if you practice a bible/Jesus orientated religion, then it is actually in alignment with the truth of the teaching to believe that you are God.

Jesus says quite clearly here that God is love. He is not loving, he is not like love, he literally is love.

But really, what is love? Moreover, what is human emotion?

All human emotion is energy

You would say you are love, or, that you are God.

Interestingly enough I came to an understanding of my spiritual nature through a study of physics, specifically unified field theory coined by Nassim Haramein

Physicists have discovered that the entire universe is pure energy, and that nothing is solid. In the words of Einstein,

“Concerning matter, we have been all wrong. What we have called matter is energy, whose vibration has been so lowered as to be perceptible to the senses. There is no matter.”

All that we are is energy, and that energy has no boundaries

When you oscillate with the vibration of love, you are resonating with the highest energy of creation which by necessity must be that universal and infinite consciousness, and thus you don’t just align with that energy, or channel it through you, you expand and become that energy.

This is a fact of physics.

This is what Jesus meant when he said that God is love. He didn’t mean that Gods love was something outside of you or separate from you, he said clearly that when you are in love, you abide God, and God in you, and thus, you are God when you are love. There is no separation. When you become love, you become God.

This second quote of his couldn’t be any clearer. I am not sure how this is explained away in the major religions that use the bible, but Jesus is clearly telling each and every one of us, resounding to the world from two thousand years ago, that we are indeed God; that you are God.

He knew and he discovered within himself that he was not only connected to the creative force of the universe, the unified field, or the matrix of all matter as physicist Max Planck called it, but he realized that he was that creative force, and that all of creation was in a literal sense God.

Every person without exception is God. Every animal, every tree, and every star. It is only from the ego that we perceive separateness because we ourselves have become separated and disconnected from our internal connecting link with spirit that resides within each and every one of us.

We do not need to seek a priest to know God, we only have to seek our true nature and our inner truth and we will know that we are God. If everything in the universe is formless energy, and we are all connected by that energy, and if we are made up of that energy, and if that energy is the force we call God … how could we be anything but God?

Everything in that statement is absolutely true, provable by science, except for saying that energy is God. Most science (except for Nassim Haramein’s work) has not made that link between spirituality and science, but there are others such as Einstein and Max Planck who did. Einstein said himself, “I want to know God’s thoughts; the rest are details.” Calling that energy ‘God’ is provable, but the only way to really know it is by experiencing it directly through yourself.

God Is Within You

So what Jesus is saying here is that the kingdom of God, heaven, the place where God allegedly resides, is actually within you. In other words, God is within you. I know, as well as anyone else who has ever seriously meditated knows, that when you go deep enough within yourself you will discover that you are infinite universal consciousness which some call God.

This is not egotistical

In fact, it is quite the opposite of ego, because when you go deep enough within yourself you also expand in consciousness and you become aware of yourself as an infinite and eternal spiritual entity, and your ego simply cannot exist in an environment like that.

Your ego is defined by your possessions, your body, your achievements, and your memories and so on, but when you meditate, you discover that you are something transcendent of all of that.

Truly great spiritual teachers never practiced religion, they practiced love, and sought universal truth. They practiced deep meditative introspection and discovered knowledge of the universe and the secrets of the soul within them. And as a result of this they discovered the path to enlightenment and god-realization. This is what Jesus was trying to teach us, when he said with exasperation, “Is it not written in your laws that I said “You are Gods”?”

Imagine what he must have felt like, being able to see clearly that God is within every single creature, and that every human is the embodiment of God and made in “his own image” in terms of pure consciousness, but then every time he tried to tell them and prove to them with acts that defied reason (miracles), all the people either bowed at his feet, or hung him on the cross …

There is no difference between those who bowed at the feet of Jesus and those who hung him from the cross, because in both cases they did not get his message. One chose to revere him, the other to eliminate him, but neither chose to listen to him.

They did not believe him when he said you are gods, and thus they chose to misinterpret what he was saying as some sort of metaphor, but it was not, and it is not today. We all have divinity within us, but it is not our personal identity, the ego, it is above the ego and it is called pure conscious awareness.

When are we going to understand this truth that he tried to teach us?

When are we going to understand that when Jesus said, ‘You are Gods’, he meant, that we are all Gods. Our true nature is not form, it is pure energy which is consciousness. We are God-consciousness who has incarnated into this level of reality, but we have become so identified with material form that we forgot our original nature.

All you have to do to experience this truth for yourself and discover that you are God, is follow the advice of Jesus from this article, and look within yourself.

Be still, and know that you are God.

This article is offered under Creative Commons license. It’s okay to republish it anywhere as long as attribution bio is included and all links remain intact.