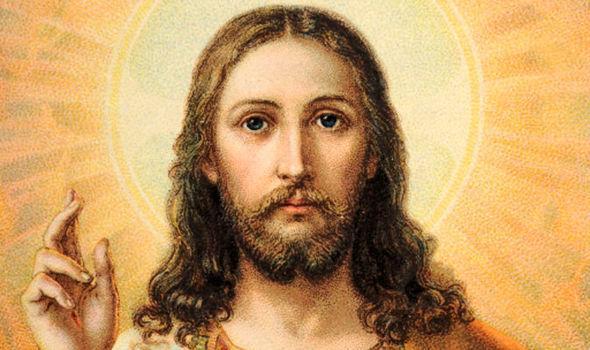 For centuries few people in the Western world doubted that Jesus of Nazareth existed. For as long as the Scriptures were accepted as historically true—about 1,600 years—the idea that Jesus might not have been a real person was never broached. Then, around the time of the Enlightenment and the coming of the scientific revolution, skepticism about many religious subjects began to make itself felt. A few months ago, in response to a video titled “How Did Jesus Really Die?” a viewer of our YouTube channel commented, “This is a trick question because there is no proof that he ever lived. This is the age of information. Faith and Belief are far less better than Knowing.﻿”

Let’s examine the question first of all, then, on the basis of knowing. Is there any evidence of Jesus’ life outside the Bible? Well, there’s certainly evidence that a man named Jesus died by crucifixion in Jerusalem in the first century.

According to the Jewish military historian Josephus (37–ca. 100 CE), “About this time there lived Jesus, a wise man. . . . For he was one who wrought surprising feats and was a teacher of such people as accept the truth gladly. . . . When Pilate, upon hearing him accused by men of the highest standing amongst us, had him condemned to be crucified, those who had in the first place come to love him did not give up their affection for him” (The Antiquities of the Jews, 18.3.3). Josephus was a Jewish scholar and soldier who became a Roman sympathizer in the revolt against Rome in the 60s CE. He was not a believer in Jesus. His words above have been examined carefully by scholars to determine their authenticity. The majority from a wide spectrum of perspectives agree they can be trusted.

Further, the Roman historian Tacitus (ca. 56–ca. 120 CE) says that “Christus, from whom the name had its origin, suffered the extreme penalty during the reign of Tiberius at the hands of one of our procurators, Pontius Pilatus” (Annals 15:4). Both of these sources are external to the Bible and can be viewed as unbiased.

What about the New Testament itself? While a skeptic would immediately reject it as a source of objective truth, consider that one of its authors made a claim about his work that deserves careful attention in respect of Jesus and the early Church. The medical doctor Luke wrote the Gospel by his name. Here’s what he said about his efforts to a man he addressed as Theophilus: “Since many have undertaken to set down an orderly account of the events that have been fulfilled among us, just as they were handed on to us by those who from the beginning were eyewitnesses and servants of the word, I too decided, after investigating everything carefully from the very first, to write an orderly account for you, most excellent Theophilus, so that you may know the truth concerning the things about which you have been instructed” (Luke 1:1–4, New Revised Standard Version). Luke was a careful man, preparing to write down a history on the basis of what he had carefully researched. His account is no less valid than Josephus’s brief reference, and a lot more detailed!

He also traveled with the apostle Paul, and in the book of Acts, the sequel to his Gospel, he gave an account of many events in the early days of the Church and in Paul’s life. But can Luke’s record be trusted? Is there supporting external evidence of what he describes?

To cite just one example, Luke mentioned that Paul was tried by the Roman proconsul Gallio in Corinth shortly after arriving there around 50 CE. Gallio is attested in an inscription found in Delphi that dates his rulership to 51–52 CE. We can conclude that Luke accurately reported the circumstance and timing of Paul’s visit.

When it comes to having confidence in Paul’s writings, consider the implications of the following statement about the resurrection of Jesus. Paul wrote to the Corinthian church about a long list of eye-witnesses, many of whom could still be questioned: “I delivered to you first of all that which I also received: that Christ died for our sins according to the Scriptures, and that He was buried, and that He rose again the third day according to the Scriptures, and that He was seen by Cephas, then by the twelve. After that He was seen by over five hundred brethren at once, of whom the greater part remain to the present, but some have fallen asleep. After that He was seen by James, then by all the apostles. Then last of all He was seen by me also, as by one born out of due time” (1 Corinthians 15:3–8).

What would Josephus, Tacitus, Luke, Paul and more than 500 eyewitnesses make of the idea that there’s no evidence of Jesus’ life and death? If we are honest, we have to allow that there is much more to be reckoned with than is so easily passed over with the assertion that He never lived.

by David Hulme For Vision.org