Dreams: Why Do We Dream? 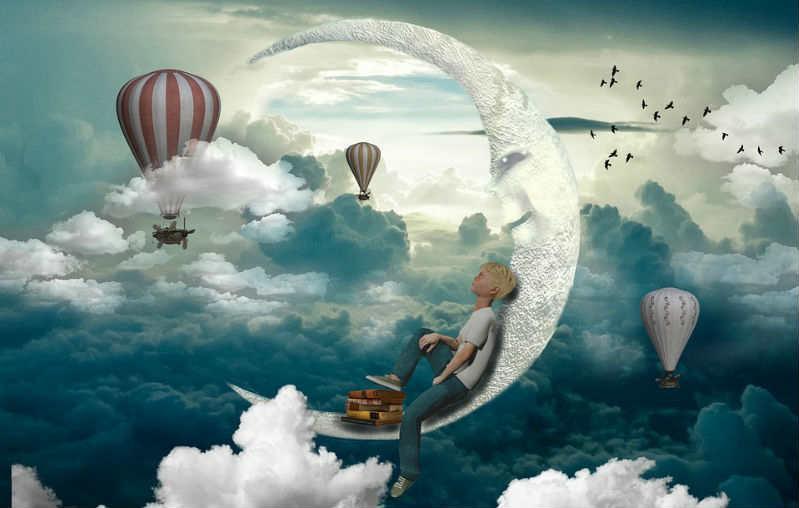 I was raised to interpret my dreams in a positive light. Others were told to not to think too much into it... That dreams do not serve a purpose.

In many ancient civilizations, dreams were heavily interpreted and believed to be prophetic. Psychologist Sigmund Freud believed that dreams were a path to understanding the unconscious mind. Others believe they are just random electrical impulses from the brain.

Scientists have recently discovered that we tend to dream images from events that have occurred throughout our day. However, dreams may serve a larger purpose—such as processing emotions.

Emotionally intense experiences are more likely to be dreamed about, and theta brain waves during REM sleep cycles may be one mechanism by which the brain consolidates these memories. Other studies have suggested that REM sleep may play a role in trauma recovery and mood regulation by allowing the brain to process difficult memories. We are able to process our emotions in our dreams, which was never really mentioned. We only believed that dreams were here to tell us something about ourselves we didn’t want to face.

What do bad dreams mean? What’s their purpose?

Researchers from the University of Geneva in Switzerland studied eighteen participants while they were sleeping, placing electrodes on their heads to measure their brain activity. The researchers woke participants several times during their sleep to ask them if they were dreaming and if they were scared in their dream. Participants’ brain activity data showed that having a scary dream activated two main brain regions: the insula (which mediates fear and anxiety) and the cingulate cortex (which plays a role in preparing the body to respond to threat).

The emotions that participants felt during their dreams were inversely associated with the intensity of their brain’s response to emotionally evocative images they saw while they were awake. Dreams serve as a type of training ground that can prepare our minds for danger and fear in the real world.

Sleep is controlled by our circadian rhythm: the internal clock that responds to light and dark by increasing our wakefulness or inducing sleep. But sleep is also controlled by our homeostatic processes. These processes control our body’s internal stability in response to environmental changes, such as intense heat or a stressful day. Together, circadian rhythms and homeostatic processes interact to control our sleep-wake cycles. Our bodies keep track of strenuous activity and subsequently need more rest to make up for it. Humans’ sleep is also influenced by galanin and its related genes. This can help us better understand why we sleep—and why some people with sleep disorders don’t sleep as well.

Sleep has a huge impact on our overall functioning and health. Oversleeping can be detrimental to our well-being, too.

People who averaged less than six hours of sleep per night and those who averaged more than nine hours of sleep per night had a significantly increased risk of heart attack. The over sleepers were 34 percent more likely to have had a heart attack than those who slept between six and nine hours, while the under sleepers were 20 percent more likely.

As healers, it is detrimental for our health to get adequate sleep in order to be a strong conduit for energy. Processing our dreams can also help us sleep sounder. There are many practices to help sleep and the amount and type of dreams we experience.